28 years after staging the third edition of the biennial event in 1989, New Zealand will host the 17th WSF Women’s World Junior Team Squash Championship in Tauranga in July next year.

“It is with great pleasure that Squash New Zealand will once again host another major international squash event in the city of Tauranga,” said Squash NZ CEO Jim O’Grady. “Attracting the very best athletes from around the world, the World Junior Championships will create huge opportunities to market and promote Tauranga to a worldwide audience and at the same time boost the profile of squash in New Zealand and the Oceania region.” 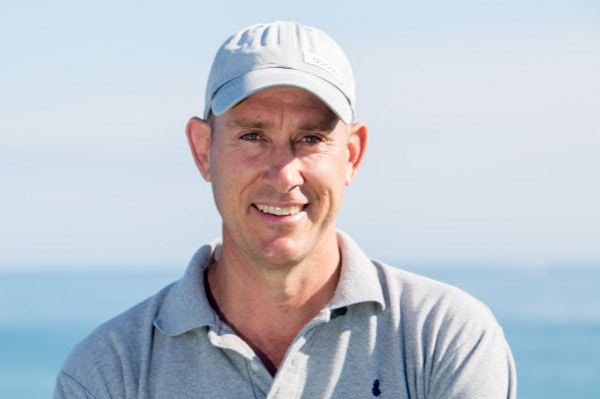 Wayne Werder, Chair of the Organising Committee (pictured above), added: “The organising committee are absolutely delighted to have been granted the hosting rights for the 2017 World Junior Women’s Championships. Tauranga is willing, able and excited by the opportunity to host this event, and are looking forward to welcoming the world’s best juniors to New Zealand.”

Two former world champions and NZ squash legends have a strong affiliation with Tauranga: Dame Susan Devoy, the former world number one and four-time world champion, said: “As a resident of Tauranga for many years now, I am delighted that Tauranga has been granted the rights to host this event. Squash is thriving here in Tauranga with great facilities, passionate volunteers, and a number of experienced past international players who know what is required to host an event of this scale.” Ross Norman, world champion in 1986 (pictured above alongside Dame Devoy with the iconic Mt Maunganui in the background), added: “Tauranga is a city that is close to my heart, and one that I visit regularly when I am back in New Zealand. The Championships are an important stepping stone for up and coming players before they take on the senior ranks, and also an event where friendships are made for life. It is fantastic to see Tauranga named as the host of the 2017 World Junior Championships.”

Unbeaten since 2005, Egypt will no doubt be looking to extend their record five successive championship triumphs in New Zealand after clinching the title for the fifth time in a row – and seventh time overall – in 2015 in the Netherlands.