There were mixed fortunes for home players on the opening day of action in the 2019 CIMB Foundation WSF World Junior Squash Championships at the Bukit Jalil National Squash Centre in the Malaysian capital Kuala Lumpur – a day which featured over 70 round one matches in the Men’s and Women’s draws with the winners earning places in Round Two, mostly against seeded players who received Round One byes. “It’s my first world juniors and I was feeling very nervous and I made a lot of mistakes which gave my opponent a 6-0 lead to start,” admitted Adam (pictured above in KL action).

“But after that I grew calmer and I managed to execute my game plan to apply more pressure on him.

“I’m pleased to get off to a fine winning start because I really wanted to do well in my first major competition.

“Now I need to ensure that I do not start nervously in the second round. I need to stay calm and play a thinking game with better shot selections if I hope to go further. Hopefully, luck is on my side too.”

Adam’s next opponent will be a tough one in joint fifth-eighth seed Yehia Elnawasany of Egypt. 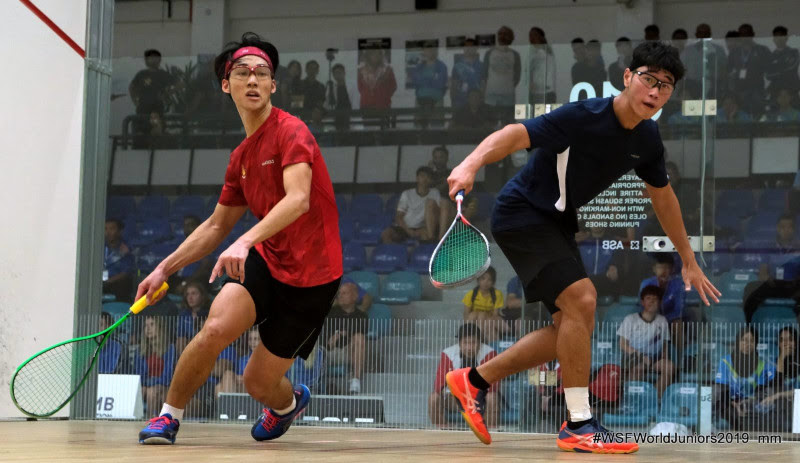 The local boy was leading 2/1 and was 10-9 up in the fourth but crumbled under pressure to allow Wai Lok to take the game 12-10 and force a decider.

17-year-old Lok duly went on to take the win after 65 minutes. 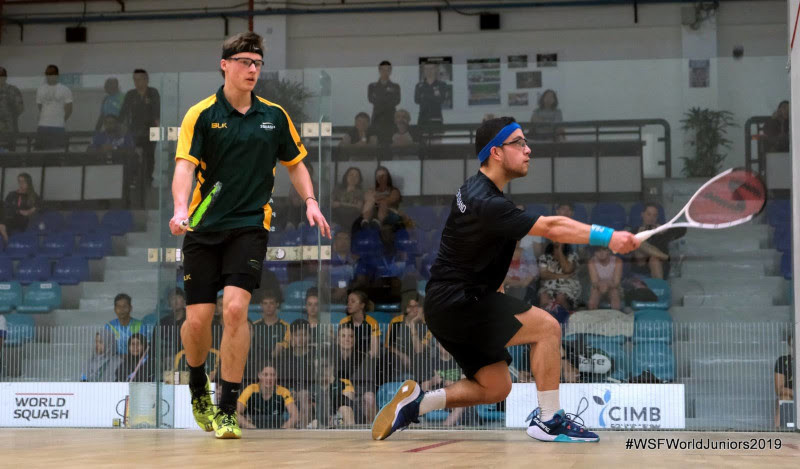 There were also several gruelling matches in the women’s event with one of the best matches seeing South African Taryn Emslie save a match ball against New Zealand’s Sophie Hodges for a turnaround 9-11, 4-11, 12-10, 11-6, 11-9 win in 34 minutes.