The 2021 WSF Men’s World Team Squash Championship – originally scheduled to take place in Tauranga, New Zealand in December – will now be held in Kuala Lumpur, Malaysia between December 7-11 to safeguard against the strict travel restrictions in New Zealand due to the COVID-19 pandemic.

Under directives from the New Zealand government, entry to passengers from all countries is currently strictly controlled to prevent the spread of COVID-19.

As one of its flagship events, the WSF Board – in partnership with the Squash Racquets Association of Malaysia (SRAM) – has made the decision to move the championships to Malaysia to secure the event on this year’s calendar.

Malaysia, meanwhile, has hosted the Men’s World Team Championship before, in Petaling Jaya in 1997.

“As entry to New Zealand looked increasingly unlikely by December, it became evident to WSF and Squash New Zealand that we needed a contingency plan. We are grateful to those nations who came forward to offer their help, and particularly grateful to Malaysia for agreeing to pick this up at such short notice.” said WSF President, Zena Wooldridge.

“We are naturally disappointed that we won’t be returning to New Zealand in December, and I’d like to thank Squash New Zealand for their support and for the work they put in prior to this decision being made.

“The Squash Rackets Association of Malaysia (SRAM) has considerable pedigree in organising major squash events, so we are fortunate to have such a capable and willing alternative host, and we look forward to working with them closely to deliver a top-class tournament to close out the year.”

WSF Championships Commission Chair Tony Choi said: “Malaysia missed out on hosting the 2020 Women’s World Team Championship due to the COVID-19 pandemic, so we are pleased that SRAM have stepped up to host this year’s men’s championships.

“The World Team Championships are the most prestigious team events in squash, and I’m sure that this year’s championships will be a complete success. My thanks go out to Squash New Zealand and we hope to work with them again in the future once the global situation surrounding the pandemic becomes clearer.”

SRAM President Gerard Monteiro said: “On behalf of the management committee of SRAM, I express my heartfelt gratitude to President Zena Wooldridge and the WSF for acknowledging our capabilities by awarding us the prestigious Men’s World Team Championship in 2021. We welcome teams from across the world to gather in Kuala Lumpur for a memorable squash gala complete with the legendary Malaysian hospitality.

“As a squash enthusiast and fanatic, I believe that there is no better sporting entertainment than watching professional squash players in competition. The Men’s World Team Championship fulfils all requirements, and I take this opportunity to thank our Ministry of Youth and Sports for their support.”

Chair of the Organising Committee Wayne Werder said: “We have a fantastic team who have spent many hours behind the scenes, so it is immensely disappointing to not be able to host the event in December. However, the decision was made with the players in mind, and it is the right decision. It is great that Malaysia have been able to pick up the event.” 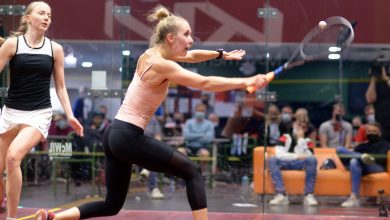 Squash’s Popularity on the Rise in Finland 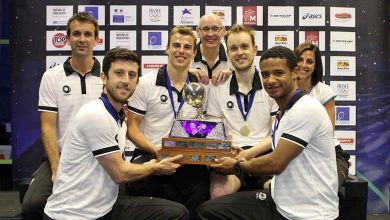 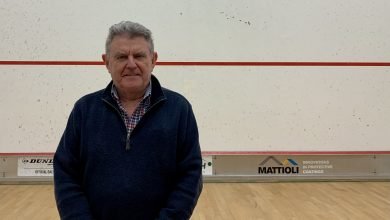