At this year’s WSF World Junior Championships, Pakistan are seeded to have their first individual champion since the great Jansher Khan in 1986, with Hamza Khan and Noor Zaman seeded one and two in the men’s draws.

Air Marshal Amir Masood, Senior Vice President of the Pakistan Squash Federation, explains that this is not fluke, but a combination of a long-term strategy on the part of the Federation as well as the hard work and squash DNA of Pakistan’s players.

For Zaman, the last point is particularly true. The 18-year-old is the grandson of former World No.1 and British Open champion Qamar Zaman, one of the major figures of the game in an era dominated by Pakistan. 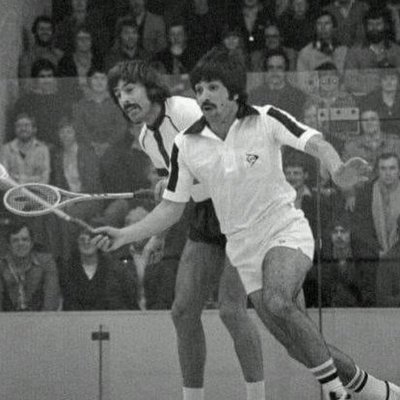 The younger Zaman says: “Squash is a family game and my grandfather, Qamar Zaman has always advised me ‘play like this’. I am very grateful to him and he’s my inspiration.And the Pakistan Squash Federation, too, has been really supportive of me and all the Pakistan players and I’m really grateful for their help at every tournament.”

Explaining how Pakistan has come to have two players seeded at the very top, Masood says that a change in focus was needed after his nation’s unrivalled dominance ended: “Pakistan historically have been world champions, and have ruled squash for about 25-30 years. But unfortunately, there has been a lean period after that. But in the last last four years, we started investing a lot in the young players, to build up their pool, to give more incentives to them, and provide the facilities and the environment so the young players should be able to come up and also transition to the senior ranks.”

Masood adds that while it is great for Pakistan to have two top seeded players, the focus has been on growing a diverse pool of talent: “That’s what our endeavour is. And that is essentially required. We cannot bank on a couple of players for future of squash in Pakistan. If you see the model, which has been adopted by the Egyptians and the Malaysians, and now many other countries, we need to have a bigger pool. And that is the pool which we are trying to develop as much as possible. We are providing a number of scholarships and training camps. This is our endeavour and we have been able to generate a lot of talent in the last two, three years, and the pool is growing.

“We also are working on improving the quality of training and coaching, which is proving popular. We are investing in youth camps, for u19s, u17s, and u15s and last year there were hardly 100 boys and girls there. This year, we were able to welcome more than 500.”

While Masood says the numbers are encouraging, it is important that Pakistan builds on this momentum to convert the talents of the players into potential World Champions. “I personally think that we still have to continue to reorganise ourselves and plan very well.  That is the only way we are going to generate top players, because the talent is there. There’s a lot of raw talent in Pakistan, somehow it is in their DNA. These youngsters, which we’re seeing today as the top seeds in junior squash, they’re from the same village as Jahangir and Jansher Khan.

“So that small village has produced more than six world champions. That is in their DNA. But for us, as an organisation, as a Federation, it is important that we polish their talent, we sharpen their skills, and we afford them all sorts of facilities, where they can see the modern squash and can adapt themselves.”

Part of the skill polishing process has been to further invest in the most promising talents, such as Khan and Zaman, by providing specialist coaching staff and expanding their squash knowledge with training camps abroad.

With both Khan and Zaman impressing so far in Nancy, France, where this year’s WSF World Junior Squash Championships are being held, Masood is confident that Pakistan does have the potential to become a dominant power once again if lessons continue to be learned.

Speaking after watching Khan’s impressive 3-0 win over  Joo Young Na, Masood said: “As far as Hamza’s performance and future is concerned, I’m really very hopeful that if he maintains his strength and focus, I have no doubt that he will be among the top 10 within the next two years. He can go ahead like that.

“And this is what we’re going to do. We’re going to give them foreign exposure to all the places in the world and give them super training in the academies, maybe we have to send them to the USA, Hamza and Noor, both of them. If they happen to win this tournament, that been promised by the president of our profession, and by me also, so that they will be given the exposure to the international academies and be able to come up to the senior ranks.”

Find out more about the Pakistan Squash Federation