Egyptian duo Nouran Gohar and Mohamed ElShorbagy are the 2019 Allam British Open champions after they got the better of World No.4 Camille Serme and World No.1 Ali Farag in their respective final fixtures at the Allam Sport Centre in Hull. 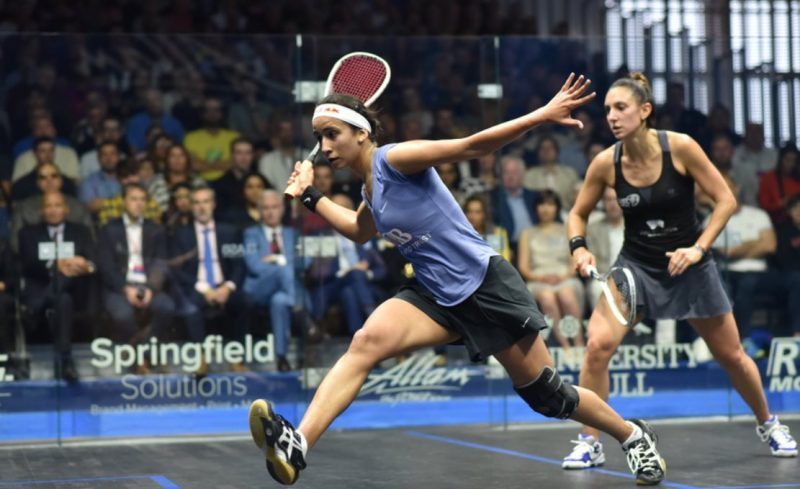 The British Open is the sport’s longest-running tournament, and Gohar, the World No.7, put her name into the history books with a sensational dismantling of Serme as she powered to an 11-3, 11-8, 11-3 victory in 30 minutes to win the women’s event.

Gohar came runner-up to World No.2 Nour El Sherbini in the final of this tournament in 2016, and the hard-hitting 21-year-old ensured that she went one further this year as she stormed to a comfortable victory over 2015 winner Serme to lift her first PSA World Tour Platinum title since the Hong Kong Open in August 2016.

“It means so much to me, especially because it is the British Open,” said an emotional Gohar after lifting the seventh PSA title of her career. 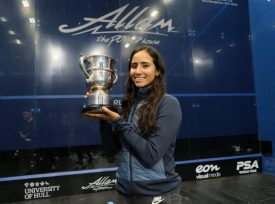 “I feel very comfortable. The environment, the city itself, it feels a bit like home. It is very cosy here and it really helps me to feel good on court. To have the accuracy, you have to be both relaxed and focused. I feel this attitude and environment really helped me.

“This morning after my hit, I started crying. I never did that before. Even in Hong Kong, I didn’t do that. I think I was very young, so maybe I couldn’t really comprehend how much it meant to me to be in the final of a major event. My mum kept telling me to enjoy the occasion and to relax. She told me to take the chance and if I played my best then I would take the win.

“When I won the Hong Kong Open, she [her mother] was there as well. I think she might be my lucky charm, and there is also someone who is not always with me, but he is the main reason for what I have. My dad is the reason why I play squash because he loves it so much.” 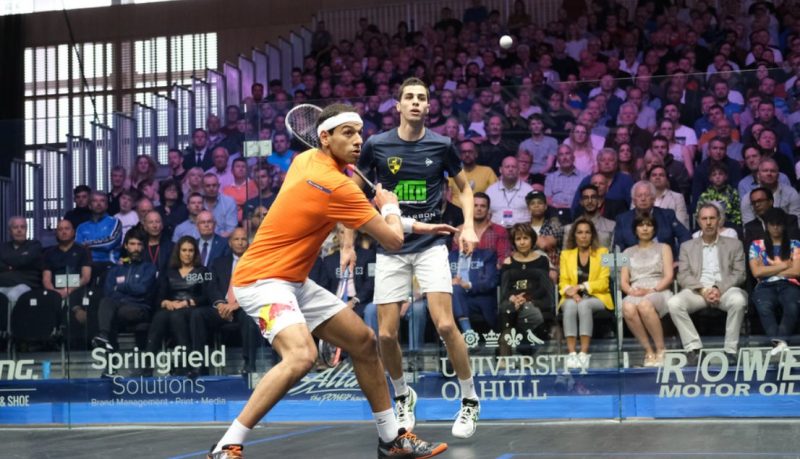 ElShorbagy, who also finished as runner-up 12 months ago, had lost three of his four matches with Farag this season, but a fired-up performance from the 28-year-old saw him earn the win in the latest instalment of their rivalry.

Farag came through a brutal 77-minute semi-final with New Zealand’s Paul Coll in the semi-finals, while ElShorbagy hadn’t dropped a game throughout the tournament. And the latter hunted the ball down and engaged Farag in all four corners of the court to become the first Egyptian since Abdelfattah AbouTaleb in 1966 to win a trio of British Open crowns. 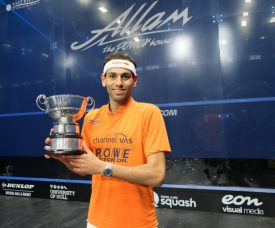 “I have such respect for Ali, what he achieved this season is unbelievable,” said ElShorbagy.

“Ali just showed consistency throughout and he was the toughest I had to face. We are going to improve each other for the rest of our careers and after a lot of great players have retired, I think squash now needs a new rivalry. The people need a new rivalry and hopefully we can both give the people what they want and what they will enjoy.” 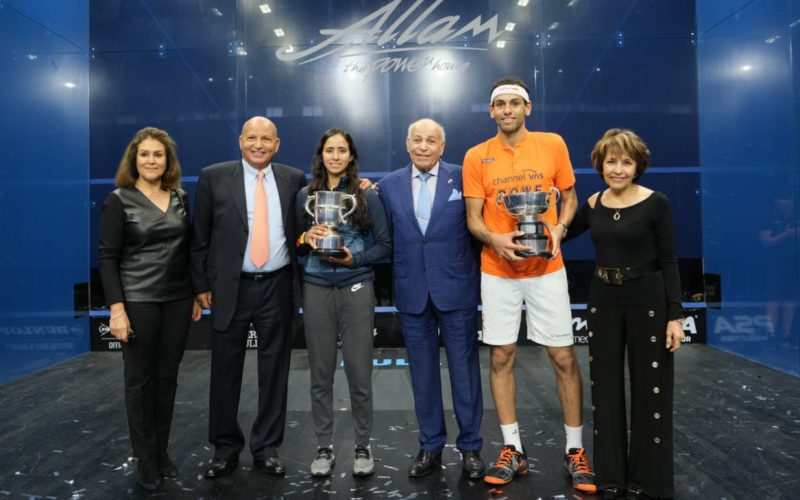 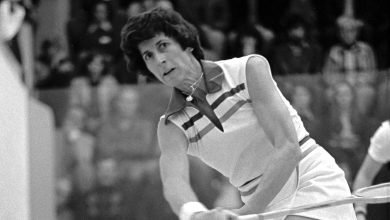 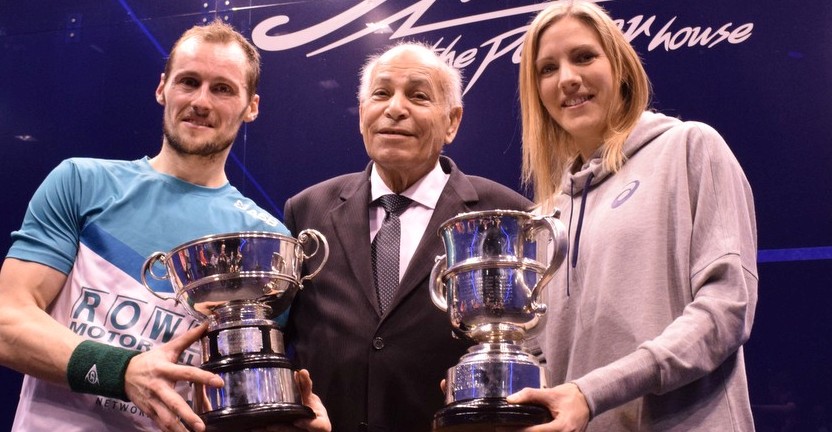 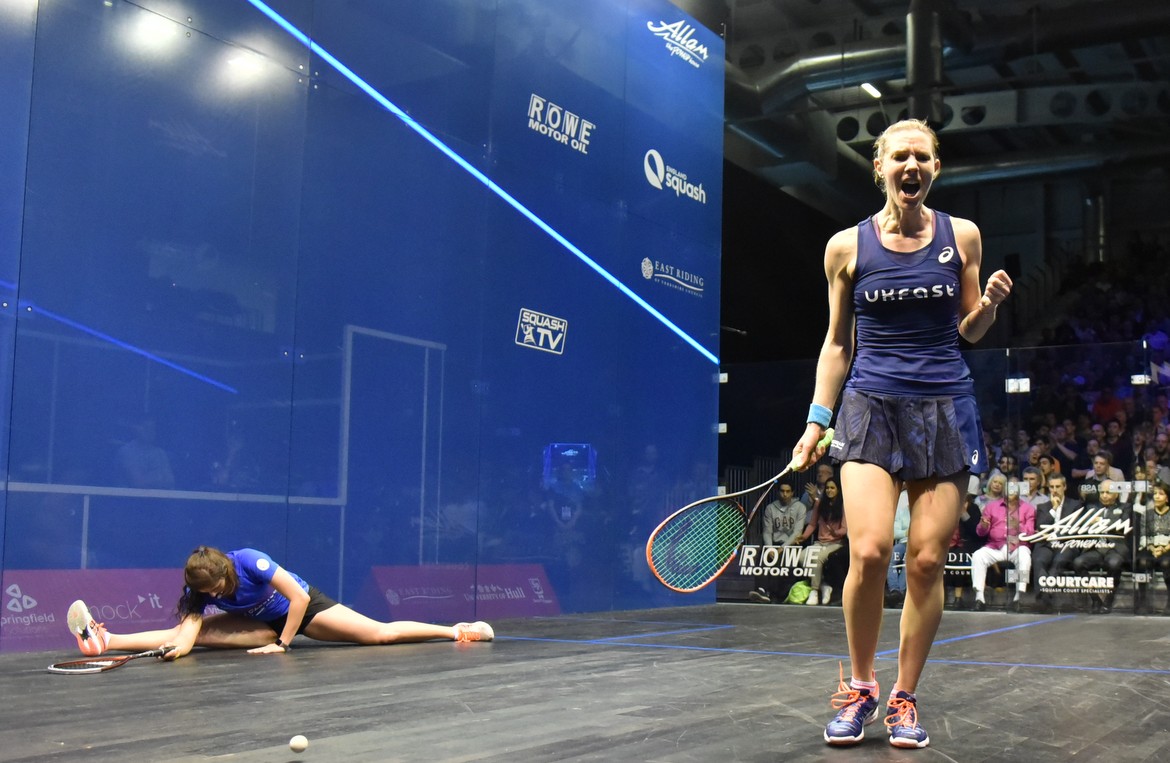