The World Squash Federation today confirms the appointment of Andrew Shelley as Chief Executive Officer, with effect from 1st August 2010.

Once Shelley had decided to leave the Women’s International Squash Players’ Association (WISPA) after 15 very successful years, WSF contacted him to see if he might be interested in taking on an executive role with WSF as a new challenge.

WSF President Mr N Ramachandran expressed his delight, saying: “I am very pleased indeed that Andrew Shelley is coming to the WSF.  He brings incomparable experience, knowledge, and a proven track record of absolute commitment to Squash.

“WSF has been without a CEO for some time now: we needed to rebuild our reserves and start a fund for the next Olympic Bid after the recent costs of ‘Squash for 2016’.  However, we were very conscious that we needed the drive of a CEO to take us forward, both to implement our long-term strategic plan and also to advance the areas where we need to strengthen our case for the vote in 2013 for the Olympic medal place in 2020.

“It was fortuitous indeed that Andrew became available just when we were beginning to feel that the time was right for a new appointment,” Ramachandran concluded. 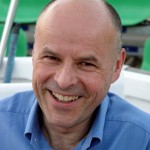 Commenting upon his appointment, Shelley added:  “Squash has been my life since I joined the English Association over thirty years ago, and I really wasn’t sure that I would be continuing in the sport when I decided it was the right time to step down from WISPA after fifteen years – working for and with wonderful groups of players, superb promoters and supporters, along with such a committed Board.

“So when the WSF offered me their CEO position a few days ago, it didn’t take me long to say yes!

“My priority now is to ensure a smooth transition for my successor at WISPA, then I greatly relish the opportunity to work with the member nations, player associations, partners and supporters of World Squash as we look to add still further to its two Vs ….. Visibility and Vibrancy.”