New Zealand and hosts Australia are tipped for gold success in the three Doubles Squash events in next month’s Commonwealth Games, according to the seedings revealed today by the World Squash Federation.

Kiwi Joelle King is seeded to win double Doubles gold – repeating the success she achieved in last August’s WSF World Doubles Championships.  Retaining the same partnerships, the 29-year-old world No.7 teams up with Amanda Landers-Murphy to head the seedings in the Women’s Doubles, and is with world No.11 Paul Coll as favourites in the Mixed Doubles. 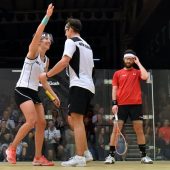 King was the hero of Team New Zealand in the 2010 Games in Delhi where she was a double Doubles medallist – winning Gold in the Women’s and Bronze in the Mixed.

England’s Alison Waters is expected to be a threat in both of King’s Doubles bids.  The 34-year-old Londoner, ranked 10 in the world, partners world No.17 Daryl Selby in the Mixed event, and links up with former world No.2 Jenny Duncalf in the Women’s Doubles – and both pairings are the second seeds.

Waters was a Silver Mixed medallist in the 2014 Games in Glasgow, while 35-year-old Duncalf – who like Waters is making her fourth appearance in the Games since 2006 – will arrive in Gold Coast looking to better successive Silver medals in the Women’s Doubles in 2010 and 2014.

Meanwhile it is the pairing of Joshna Chinappa & Dipika Pallikal Karthik, winners of the Women’s Doubles crown in Glasgow four years ago, who will be trying to retain Gold for India from position of third seeds.

It is in the Men’s Doubles that hosts Australia are expected to strike Gold.  Ryan Cuskelly & Cameron Pilley are the reigning World Champions and expected to repeat this success in Gold Coast.  The same pair won Bronze in the 2010 Games – but world No.20 Pilley will be seeking a third successive Doubles Gold after claiming Mixed Gold (with Kasey Brown) in 2010 in Delhi and partnering David Palmer to Men’s Gold in 2014 in Glasgow. 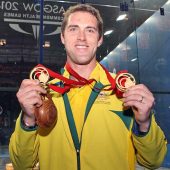 Despite retiring from the Tour seven years ago, Palmer will be back in Games action for the sixth time since 1998.  The 41-year-old phenomenon, winner of a record eight medals and the only double gold medallist in 2014, will be bidding for 2018 success with Zac Alexander in the Men’s Doubles, where they are the fifth seeds.

Alan Clyne & Greg Lobban are seeded to provide Scotland their first Commonwealth Games medal success since 1998 as second favourites in the Men’s Doubles.

Following the qualifying action in Pools, the top two pairs in each Pool will progress to the knockout stages – last 16 rounds for the Men’s and Mixed Doubles, and quarter-finals for the Women. 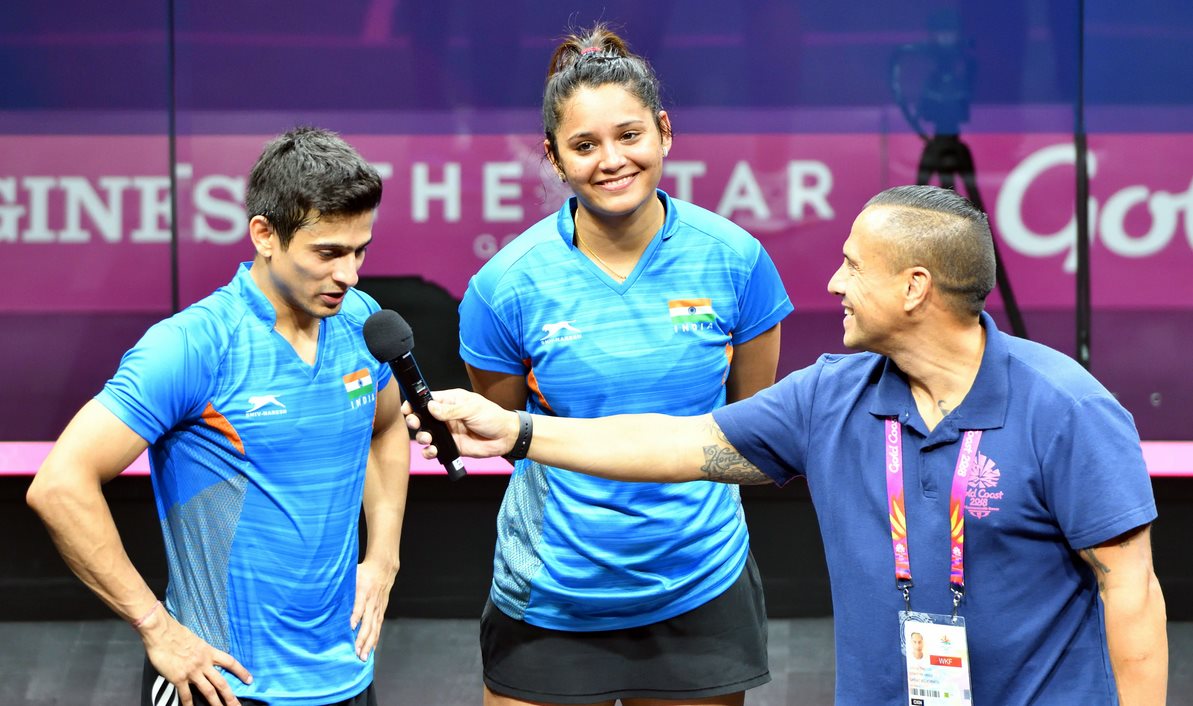