The Specter Center, which is currently hosting the 2021 U.S. Open Squash Championships presented by Truist, is housed in the historic Pennsylvania State Armory Building on Drexel University’s campus and features two show courts, 18 traditional glass courts, the U.S. Squash Hall of Fame, a high-performance training centre for Team USA athletes, the US Squash National Headquarters, and a Learning & Innovation Center through which SquashSmarts will expand its intensive out-of-school academic and athletic mentoring programmes.

Speaking at the ceremony, Kevin Klipstein, President & CEO of US Squash, said: “We are excited to open the Specter Center and begin working closely with the community to realize our vision of ensuring everyone is able to enhance their health and well-being through squash.

“The Specter Center proudly stands alongside facilities expanding access to the sport nationwide. We are fortunate to be located in the heart of a diverse and dynamic neighborhood in which we can provide access to thousands of new players, and we look forward to bringing visitors and athletes from around the country and the world to Philadelphia.”

The venue and its two permanent show courts have been highly praised by players competing at the ongoing U.S. Open.

The USA’s Olivia Fiechter said: “It’s incredible, I think the biggest thing is having the girls and the guys here on Team USA. We’ve been spread across the country for so long and especially on the women’s side we have so many top players. To be able to set that bar and to play practice matches is incredible.”

Fiechter’s compatriot Marina Stefanoni, who entered the U.S. Open as a wildcard, praised the quality of the courts. It is beautiful and the courts play really nicely. I’m really glad the U.S. Open is here this year!” she said.

England’s James Willstrop, meanwhile applauded the Specter Center for the impact it would have on the development of squash in the US. He added: “It’s great, after the last couple of years, to see a stadium like this. It’s what it’s all about really.”

The grand opening ceremony opened with the U.S. national anthem performed by Cameryn Strickland, a student at The University of the Arts, followed by Klipstein reading a congratulatory letter from U.S. President Joe Biden on the opening of the centre and its naming in honour of his close friend and colleague, the late Senator Arlen Specter.

Appearing via video, Zena Woolridge, President of the World Squash Federation and Chief Executive Officer William Louis-Marie praised the work of US Squash in delivering the centre and the impact it would have on squash globally as well as in the United States.

“This must be an exciting and proud moment for all those involved. The Specter Center is a fabulous statement building. It’s pioneering in its own right and a game changer for US Squash and indeed for squash globally. I can envisage the Specter Center taking future world events to new levels,” Woolridge said.

Soo Venkatesan, the Chair of the Board of US Squash, spoke about three traits common to all squash players: “They are generous, tenacious and passionate,” she said. She added: “That is why we are able to open such a spectacular national centre. And the centre is about bringing in more of those people, a place for people who don’t know they are squash players—yet.”

The ceremony concluded with a ribbon-cutting, performed by a cross section of members of the Specter Center community and Sakora Miller, Specter Center Senior Manager of Community Squash Programming.

For more information about the Arlen Specter US Squash Center, visit US Squash. 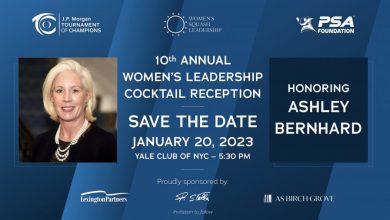 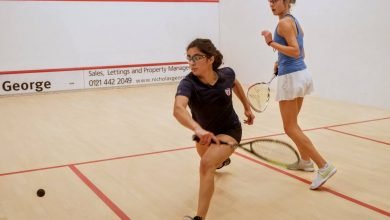 US Squash and Girls Inc. to provide squash opportunities to 3,000 girls 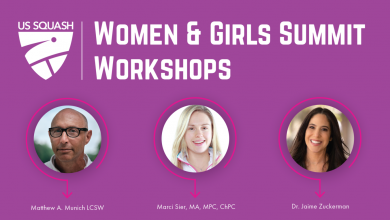 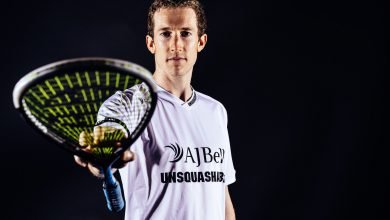