Unbeaten in Bogota over the past eight years, England’s Peter Barker celebrated his fourth Abierto Colombiano de Squash Club El Nogal title in the Colombian capital when he defeated Egypt’s world No11 Omar Mosaad in the final of the PSA World Tour International 50 squash event at Club El Nogal.

Winner of the title for three successive years from 2005, London left-hander Barker made a popular return to the South American country for the first time since 2007 – this time in his first appearance as top seed.

“The match between Barker and Mosaad was vibrant, emotional and technical,” reported event spokesman Juan Carlos Santacruz. “Barker took the lead in the first game due to the continuous mistakes made by Mosaad when, by comparison, Barker played concentrated and firm.”

Barker went on to open up a two-game lead – but the third-seeded Egyptian delighted the packed crowd by extending the match into a fourth game after taking the third.

The triumph marks Barker’s first PSA Tour title of the year – but the 14th of the 29-year-old’s career. 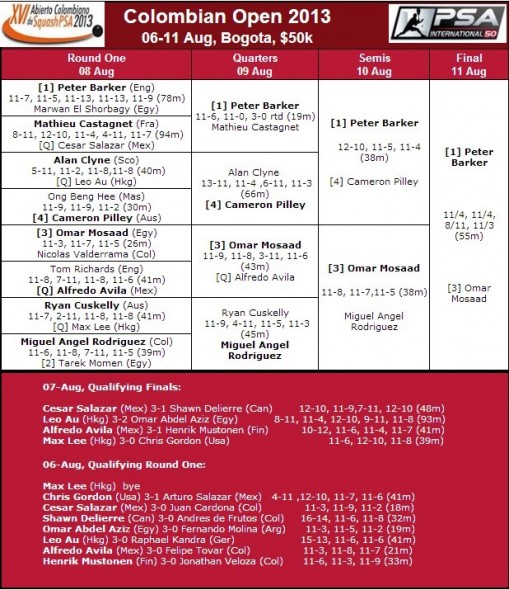 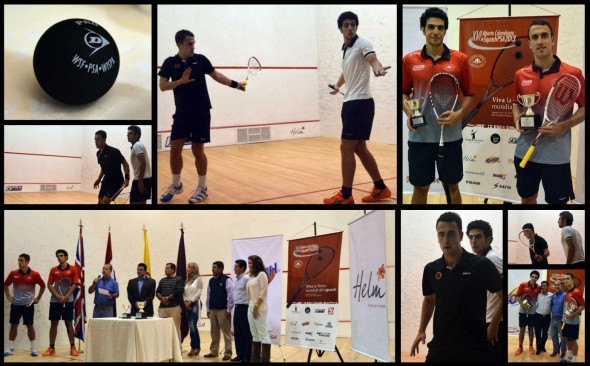