This year’s edition of the championships ended a three-year absence due to the COVID-19 pandemic, with under 19 athletes being given the opportunity to battle for medals for the first time since the 2019 event in Toronto, Canada.

Colombia were victorious in both the individual events, with Juan Torres beating Javier Romo of Ecuador to the men’s gold medal, while Maria Ramirez took out USA’s Caroline Eielson to prevail in the women’s final.

Torres captured a second gold medal when he teamed up with Juan Irisarri to take gold in the men’s doubles, while Ecuador took the honours in the women’s doubles.

Romo went one better than his individual silver as he claimed gold in the mixed doubles, together with compatriot Ariana Alava. Meanwhile, the team’s event was dominated by USA, who won both the men’s and women’s event. 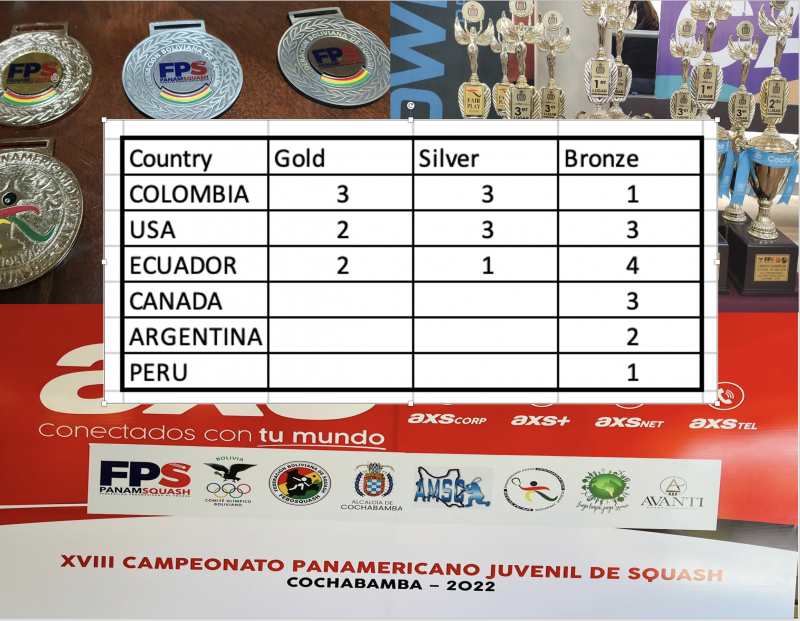