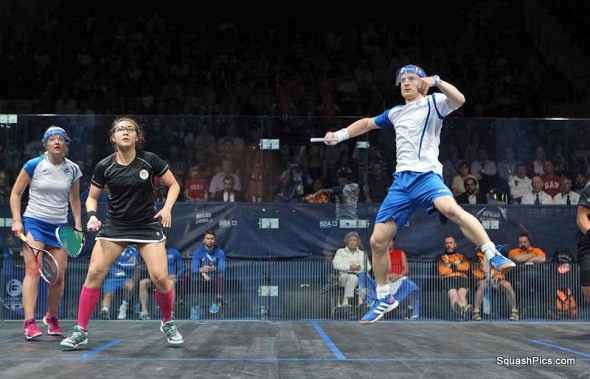 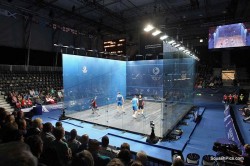 Further intense Squash doubles action at the Scotstoun Sports Campus in Glasgow has led to the knockout stages of the men’s and women’s events in the 2014 Commonwealth Games in Scotland’s largest city.

Malta duo Bradley Hindle & Daniel Zammit-Lewis became the only unseeded pairing to make the last 16 round of the Men’s Doubles after ousting Guyana’s 16th seeds Alexander Arjoon & Sunil Seth 11-5, 11-7 on the day that Arjoon was celebrating his 22nd birthday!

Hindle & Zammit-Lewis’s reward is a clash with David Palmer & Cameron Pilley, the No2 seeds from Australia.

“We knew yesterday’s match would be the toughest match of the group – but we work well together and knew we were in with a shout,” said five-time and reigning Welsh national champion Creed. “Today’s match felt harder mentally – we both felt a bit edgy, we’d both had mixed matches earlier in the day.”

Evans, a 39-year-old former world No3, has been focussed on coaching since retiring from the professional circuit almost decade ago.

“At the start of the year, there was no plan for us to play together – but we played an event and realised we worked well together,” said the former British Open champion from Pontypool. “And now it means we’ve got two strong Welsh men’s pairs here.

“But the pleasing thing about today is that this is the best we’ve played.

“The new doubles format makes the game a lot more exciting – it’s definitely better than it was – it’s a lot more open. There are a lot of good pairs here.” 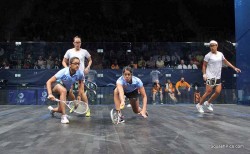 The top eight seeds will contest the Women’s Doubles quarter-finals – but Malaysian pairing Nicol David & Low Wee Wern, the fourth seeds, went down 11-8, 11-5 to Joshana Chinappa & Dipika Pallikal in a defeat which ultimately led to the fifth seeds from India topping the Pool.

“We did really well in the first game but they started off better in the second,” explained David, the singles gold medallist. “With doubles, it can be anyone’s game – we have to learn from this. They’ve had far more practice than we have.”

Pallikal, the 22-year-old world No10, confirmed: “We really upped our game in the second.

“Joshana and I have had a lot of doubles practice – we have an understanding. We know each other’s game and I think that showed. We really enjoy doubles and I think a lot of people don’t.

“We’re really looking to get to the final.”

The Mixed Doubles event is also heading towards a last 16 knockout round, but a further qualifying matches will take place on Thursday. 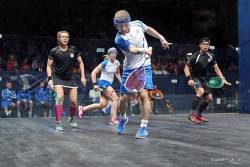 Scottish interest is still riding high in both the men’s and mixed events – led by Alan Clyne, the world No35 from Edinburgh. The Scottish number one partnered Frania Gillen-Buchert to a crucial upset over Delia Arnold & Mohd Nafiizwan Adnan, the No8 seeds from Malaysia, 11-8, 11-10.

“This is my fourth match in two days – it’s quite a schedule,” said Clyne. “And that was a big match – they were seeded above us. We’ve been able to do a lot of practice in the last few days, which has helped.

“The new format has done wonders for doubles – you can get rewarded for using the front of the court.” 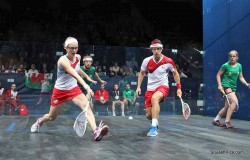 “Alison was able to use some of her drops effectively as she was taking most of the play,” explained world No8 Barker. “We took each rally for what it was and both teams played some good stuff and I thought it was an exciting match.

“We had played them a couple of times over the summer in training squads but today they swapped sides so we had to change our tactics at the last minute.

“That was good for us because usually we are quite particular and regimented in many ways so it was good to come through the match having to change our tactics.

“Ali was the only girl I wanted to play with and I think we play really well together.

“You only have to look at the length of the matches to see that the new format is working. The games are much more exciting – just look at the crowd reaction. I hope it is a step forward.

“It’s so different from what we’re used to – different movement and different tactics. Even though I was playing with my best mate (Daryl Selby) last time in Delhi, I didn’t enjoy it – so I really wanted to enjoy it this time.” 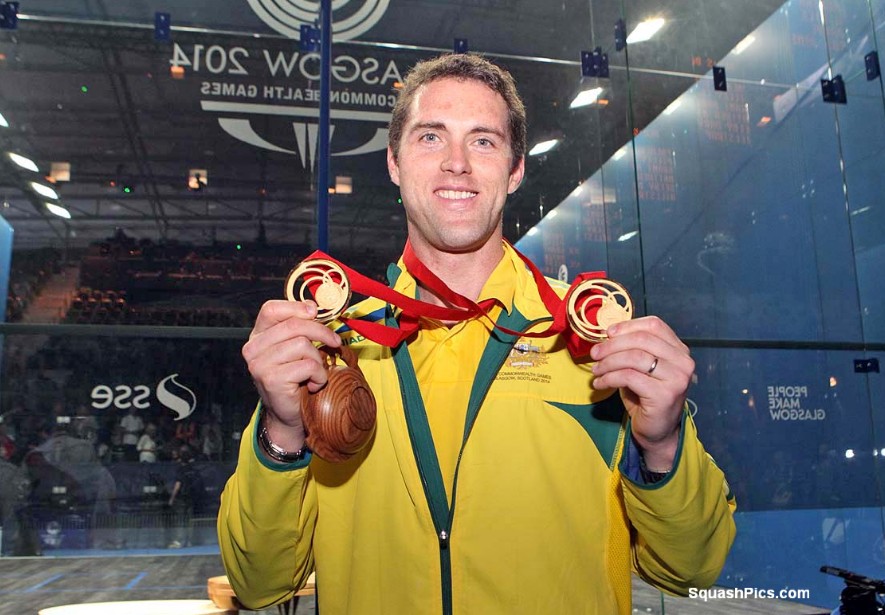 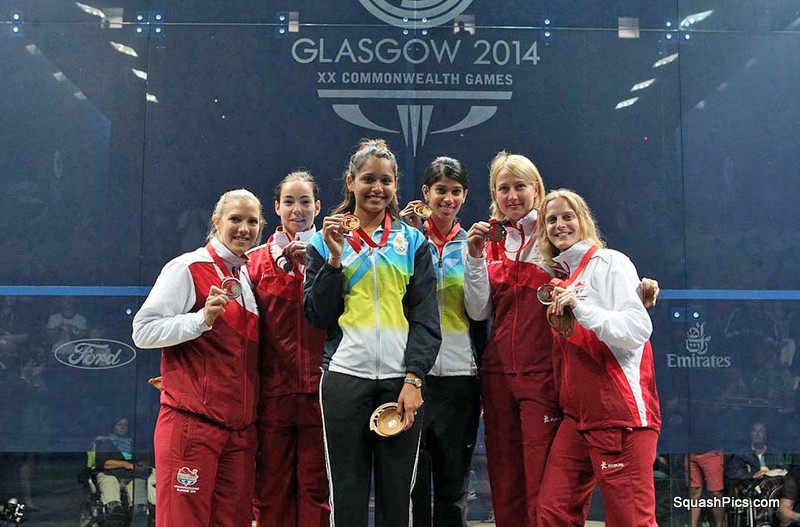 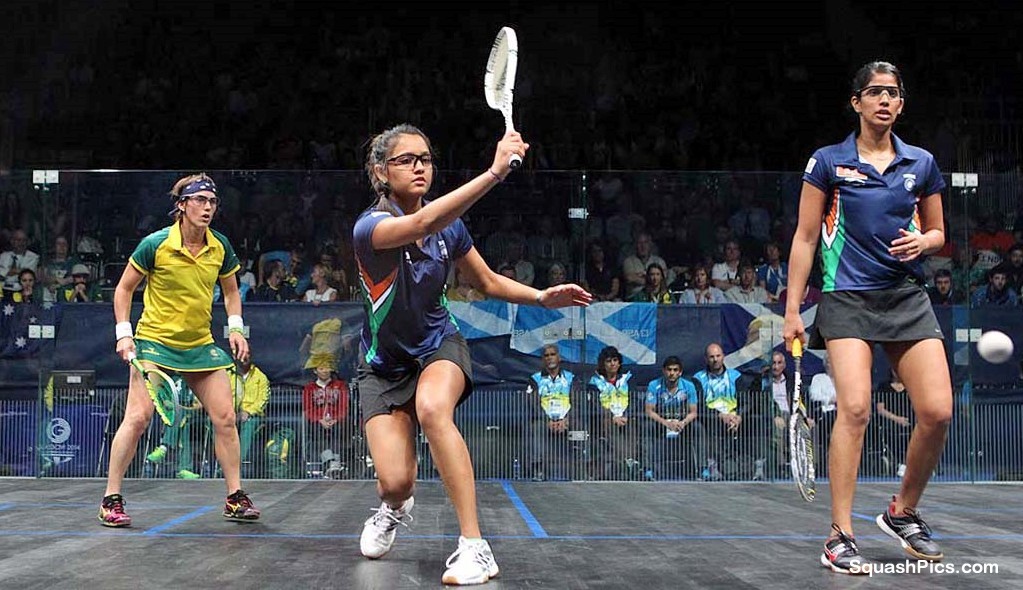