Current World No.18 and 2017 World Junior Championships runner-up Victor Crouin has hailed the upcoming championships in Nancy as an “important step towards their ultimate goal” when talking about the opportunity for the French players at a home championships.
Crouin also expressed how much he would have loved to compete in this year’s event and hopes the occasion will motivate the French players:
“I would love to have played this event – the pinnacle of junior squash – on home soil and I hope it will motivate our French contingent to do well this year,” he said.
“I believe they are a very homogeneous group of players with similar levels, so they are all competitive and push each other up. Hopefully they can get some experience competing on a big stage, which will help them situate themselves among the best junior players in the world. At the end of the day, these young players will be on the professional tour very soon – if not already – and it is an important step towards their ultimate goal. I will be following the competition closely.”
In Crouin’s last World Junior Championships back in 2017, the Frenchman entered the event as a 3/4 seed after reaching the last 16 the year before in Poland. Crouin defeated Egypt’s Aly Hussain in the quarter finals in straight games before beating the No.2 Mohamed Al-Saraj in four games to reach the final.
In the top half of the draw, No.1 seed Youssef Ibrahim saw his championships come to an end at the hands of compatriot Marwan Tarek to set up the Egypt v France final in Tauranga, New Zealand. In a topsy-turvy affair filled with skill, the match reached a fifth game with Tarek proving to be too strong, taking the game 11-2 to spark celebrations from the Egyptian team.
“Runner-up at the 2017 World Junior Championships in New Zealand, I remember this week vividly. Although I was seeded 3/4, I had never done better than a quarter final at the British Junior Open,” explained Crouin. 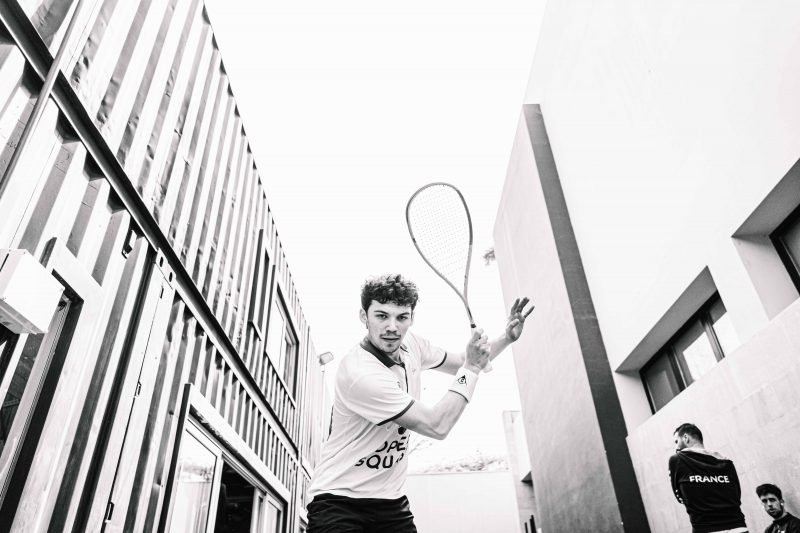 “I, therefore, didn’t consider myself a main contender for the title. Perhaps it helped me to get through each round without feeling the pressure of being expected to win. I reached the semi-final stage with some solid performances. I remember that the last two days of competition was a rollercoaster of emotions! It was only after winning that semi-final match that I realised what was happening.
“That final match was probably the most nerve-racking match I have ever played. Despite eventually losing – this loss actually haunted me for a few months then – I was still proud of my run and grateful for the experience. It really made me believe I was indeed among the best junior players in the world. It gave me some confidence while I was starting the transition from junior to the professional circuit.”
Crouin will be paying particular attention to three top seeded French players that feature in the competition. World No.343 Brice Nicolas is a 9/16 seed for the event and is the highest seeded Frenchman in the men’s draw, with 18-year-old Laszlo Godde securing a 17/32 seeding. World No.138 Ella Galova is the only seeded Frenchwoman in the draw and she has earned herself a 17/24 seeding in the event.
For more information on the WSF World Junior Individual and Men’s Team Championships, visit follow the WSF on Twitter (@WorldSquash) Facebook and Instagram. 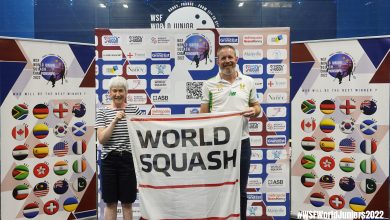 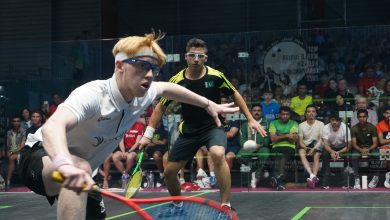