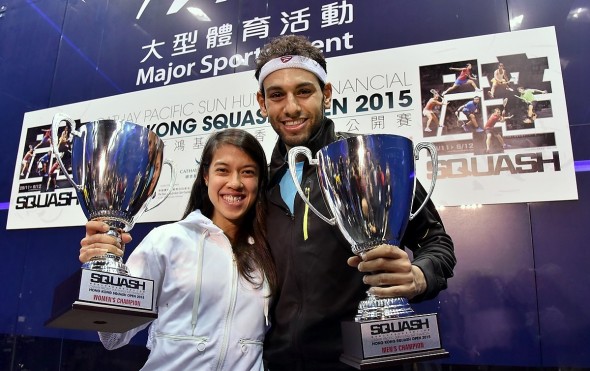 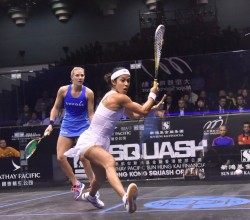 A scintillating performance from Nicol David saw her triumph in the finale of the 2015 Cathay Pacific Sun Hung Kai Financial Hong Kong Open by defeating in-form Laura Massaro in straight games to bring the Englishwoman’s 14 match unbeaten streak to an end, and claim an unprecedented 10th consecutive Hong Kong Open crown in the process.

Competing in her 100th PSA World Tour final, the Malaysian came into the match with the knowledge she hadn’t lost here since 2004 and played with the confidence and aura that epitomised her style during a record 109-month streak as World No.1 as she controlled the court to hit an astounding 30 winners during the 39 minute encounter. 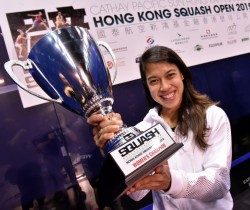 “Winning the title in Hong Kong tonight for the tenth time means so, so much to me,” said David, who notched up her 80th career title with victory.

“I love playing here and it’s a very special place for me. I really wanted to win this title and end the year strongly so winning tonight was extra special. I enjoyed every minute on court.

“I felt good and I think that was one of my best performances in quite a while. I know she’s a fighter who comes back strong but I wanted it so badly today that I think that was the difference. I wanted to attack from the start and just give it everything I had to get my hands on the trophy.

“This tournament has been one of the best I have ever played and from now on it’s all upwards. If I keep playing the way I’m playing and performing well then I know titles will start to come again.” 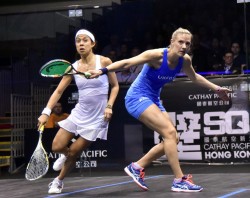 Massaro, who will become World No.1 in January, said: “It was a high quality match and I tried to fight for every point but it was just too much in the end.

“The first game was crucial and it could have been a different match if I’d taken that one but Nicol was playing at her best today, and I was a little off my best, and that was ultimately the difference.” 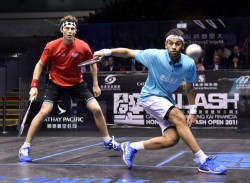 The 24-year-old Egyptian, who fell to World No.2 after a disappointing third round exit at last month’s PSA World Championship, stuttered at times but ultimately used his big match experience to his advantage to restrict the hard-hitting Australian, who defeated World No.7 Simon Rösner, World No.1 Gregory Gaultier and World No.3 Nick Matthew en route to the finale.

Elshorbagy edged a closely contested opening game and from then on enjoyed the ascendency as he took the match and the title 11-8, 11-6, 11-8. 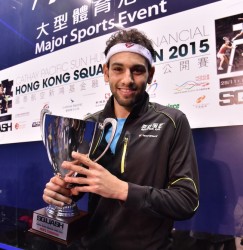 “Winning a major final is always a great feeling and I really wanted to come here and defend the title I won last year,” said Elshorbagy.

“Hong Kong is one of the biggest tournaments and titles on the tour and there are some great names on that trophy so it’s an honour to know that my name will be on there beside them once again.

“Cameron has had a great week, beating Greg and Nick especially, but I am pleased with how I was able to put it all together this week and especially tonight. I feel like I’ve dealt well with the tournament mentally all week and I’m very happy to win and end the year on a high.” 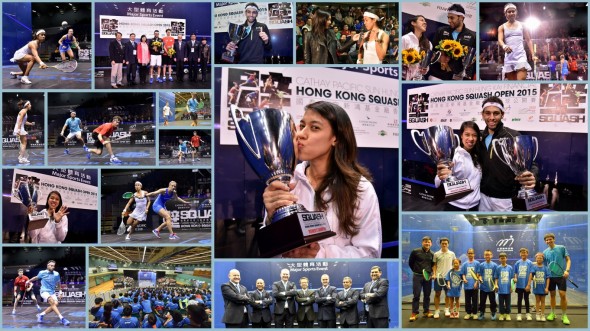 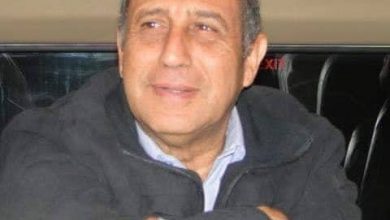