After success in both Squash Singles championships in the Commonwealth Youth Games in Samoa, Malaysia pairings clinched the titles in the three Doubles events at the Tuana’imato Sports Facility in Apia to give the Asian nation an unexpected clean sweep of all the gold medals. 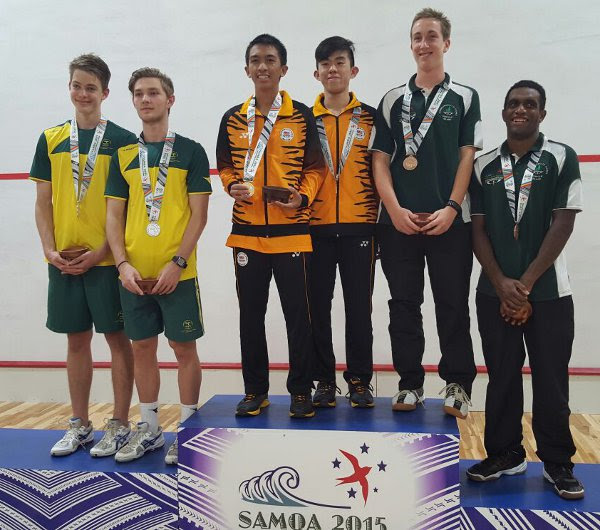 The win gave 16-year-old Lee, winner of the Asian Junior Championship last month (pictured below with fellow women’s medallists), her second gold medal of the day! 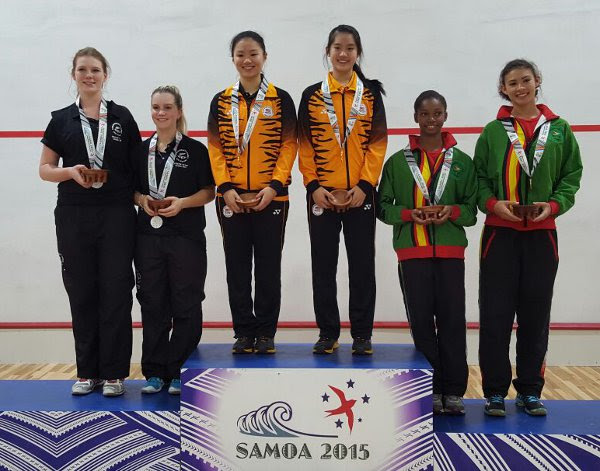 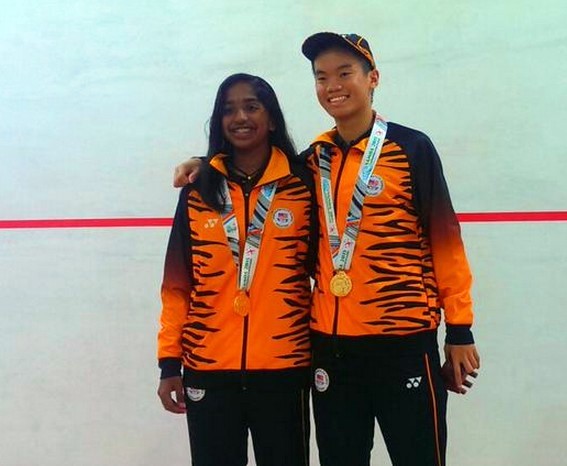 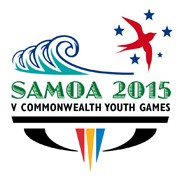