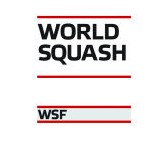 The latest WSF Ambassador Programme will take in countries in Eastern Europe when Malaysia’s world No.1 Nicol David and Spain’s highest-ranked squash player of all-time Borja Golan lead the 2015 World Squash Federation initiative into Serbia, Romania and Croatia in May.

Nicol David, the record eight-time women’s world champion who this month began her tenth year as world number one, is the sport’s ultimate ambassador who has led all but one of previous WSF campaigns since 2011. Meanwhile Golan will be making his debut as a WSF ambassador. Boasting a career-high No.5 world ranking, the 32-year-old from Santiago de Compostela is a 12-time Spanish champion.

Also joining the 2015 programme – visiting Belgrade, Bucharest and Zagreb from 20-25 May – will be WSF Referee Committee director Roy Gingell, from Wales, and Belgian and Dutch National coach Ronny Vlassaks, who will be running workshops in Bucharest.

George Constantinescu, President of the Romanian Squash Federation, said: “The WSF Ambassadors programme is an amazing event to help promote squash in Romania. Seeing the best in the world in squash and learning from them is the opportunity of a lifetime for Romanian players, coaches and referees.

“It is hugely important to us as a Federation, at the beginning of our journey, to be able to offer this for free, in an event of this calibre, to promote squash in Romania. Thank you WSF for this opportunity!”

The Federation’s Secretary General Horia Naumescu added: “Even though we are a young Federation and we do not have a long history in squash, we see this wonderful sport growing every day. After several successful internal and international events organised by the Romanian Squash Federation, we are convinced that the WSF Ambassadors programme will help enormously in developing the sport in Romania. Our squash enthusiasts will have the chance to meet and see the greatest world players and coaches at work.”

WSF Chief Executive Andrew Shelley, who will lead the group, explained further: “The Balkans are certainly an area where squash is a growth sport, and for us to have the opportunity to support this by meeting and interacting with players, officials and media in the countries is one that the whole group is excited about.

“The squash family is worldwide, and we relish the opportunity to spend a little time with these family members to not only support them, but learn more about their issues and avenues to support them.”