Hot favourites Egypt, whose three-woman team boasts the top three players in the world, beat defending champions England in today’s final of the WSF Women’s World Team Squash Championship in the French capital Paris to reclaim the World Squash Federation title they lost to their opponents in 2014. 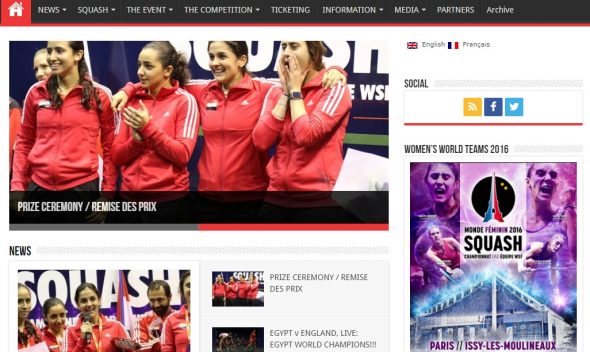