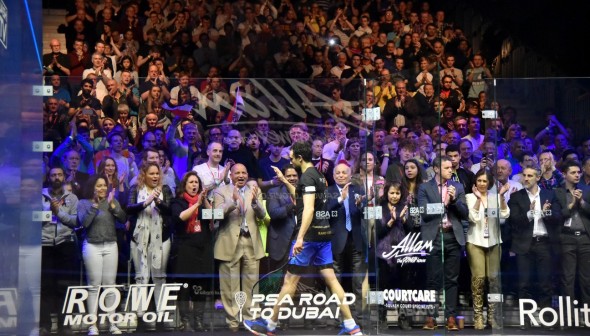 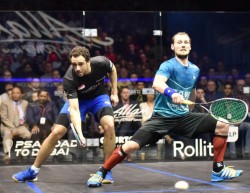 Ashour earned his place in the showpiece finale after coming through a spectacular 74-minute encounter against World Champion Gregory Gaultier. The duo drew loud applause from a capacity crowd at the end of a series of brutal, breathtaking rallies, full to the brim with attacking artistry and frantic retrieving from both combatants.

Ashour looked to have conceded the initiative after allowing a two-game lead to slip through his grasp but he recovered from five-points down in the fifth to take an 11-6, 12-10, 8-11, 9-11, 11-7 victory through to the next stage.

“When the injury happened to me in November in Seattle I was thinking that I was done,” said Ashour, who was making his first appearance in four months after a hamstring injury sustained in the World Championship. 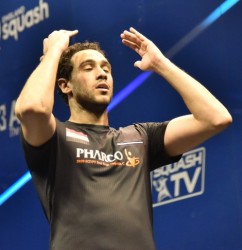 “For some reason, I didn’t remember where the years went. I would go back and watch and I wouldn’t feel anything. I was thinking that there was something wrong there.

“I was thinking about losing the match in the fifth. At the same time, you’re playing the World Champion. It’s a mental battle, not just physically. There’s no words to describe how I’m feeling. It was very dreamy for me just to be back.”

Meanwhile, defending champion Elshorbagy advanced to the final for a second successive year after sweeping to victory against compatriot Karim Abdel Gawad. 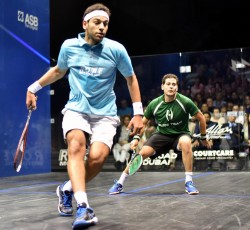 Elshorbagy dominated the 44-minute spectacle and gave Gawad very little chance to attack with a series of punishing drives keeping his younger compatriot rooted in the back of the court and he duly triumphed courtesy of an 11-8, 11-7, 11-7 scoreline.

The World No.1 will take on Ashour in a mouthwatering repeat of the 2014 World Championship final, a match widely renowned to be one of the greatest of all time. Elshorbagy is 7-1 down on the head-to-head record between the two but admits he is looking forward to the encounter. 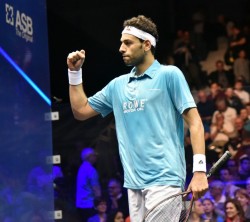 “I’m three years younger than the older generation, Nick, Greg and Ramy and I’ve been playing with them for so many years. I wasn’t relaxed when I was playing them because I was trying to catch up with them and win titles like them. This time, I know I have already won this title last year so I will be a bit more relaxed.

“If we both stay injury free we’re going to give something special for our sport. He played an amazing match today because Greg [Gaultier] was playing so well and it was great to see him moving and he has been getting better every day. I am sure that, tomorrow, we will have such an amazing match in front of an amazing crowd.” 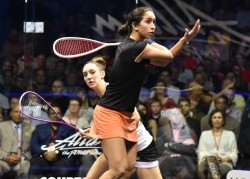 The Women’s final will be a battle between the two youngest finalists in British Open history with 18-year-old World Junior Champion Gohar set to meet El Sherbini, who was just 16 years of age when she reached the 2012 final.

Gohar played with pace and precision in a virtuoso performance against last year’s winner Camille Serme to surge into a two-game advantage but a resilient Serme fought back to ensure parity. A nail-biting fifth game was decided by the narrowest of margins but it was Gohar who edged it to reach her first ever World Series final, where she could become the youngest ever Women’s winner – just two months after triumphing in the the junior edition of the iconic tournament. 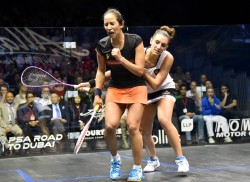 “It’s amazing, it’s a very good thing, it’s my biggest achievement so far being in the British Open final,” she said.

“I was in the British Open Junior final just a few months ago and now I’m in the final of the senior tournament. Being in the final of the most prestigious tournament of the year is an unbelievable achievement. I’ve been playing lots of tournaments, lots of matches so it has given me experience and helped me improve my game.” 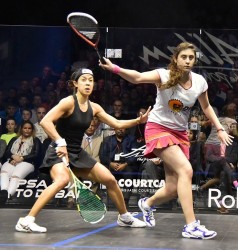 El Sherbini defeated five-time winner Nicol David with a superb 3-1 victory, sending her into a final that will be completely dominated by Egyptians – the first time a single nation has provided all four finalists since Australia in 1977.