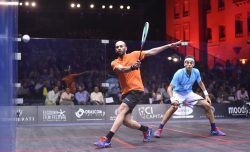 Defending men’s champion Gregory Gaultier and top seed Mohamed ElShorbagy saw their hopes of winning the 2018 El Gouna International dashed at the semi-final stage as they bowed out at the hands of Ali Farag and Marwan ElShorbagy, respectively.

In the fifth meeting so far this season between Elshorbagy brothers Mohamed and Marwan, it was younger brother Marwan, the World No.4, who ended a four-match sibling losing streak to book his place in the tournament’s show-piece match for the first time in his career.

Marwan beat his brother here twelve months ago – his last victory over Mohamed before consecutive defeats in the finals of the 2017 World Championships and 2018 Windy City Open prior to defeat at the 2018 Canary Wharf Classic last month – and tasted success on the banks of the Red Sea once again as he prevailed in a testing five-game battle. 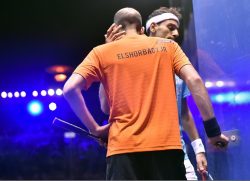 “He’s a nightmare to beat but that’s why he’s the World No.1. If I want to be in his place I have to come through matches like this consistently.

“I probably could have won it in the fourth but he played the crucial points better than me. The start of the fifth was so important, I had to be mentally focused and I’m happy to come through.

“I’ve been very consistent this season. It’s another final and I’ll just enjoy it.” 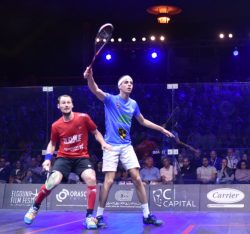 ElShorbagy will face World No.2 Farag – the man he beat to reach the World Championship final – in the title-decider after he halted the run of Gaultier in a similarly combative five-game affair.

Farag took the opening game but Gaultier responded to increase the intensity and come through to take a 2-1 lead. But the French General paid the price in the fourth as he began to fatigue – with Farag pouncing to swing the match back in his favour.

“Greg is such an experienced campaigner and knows exactly how to play to make the game suit him,” said Farag.

“He kept changing his plan and I had to try and adapt. I was going to short too early at times but I think coming back and taking that third game to a tie-breaker, even though I lost it, gave me some momentum that I could take into the fourth and fifth.

“Tomorrow against Marwan I think it will be a great match. I admire the way he plays and we’ve had some big matches this season so I’m preparing for another battle tomorrow.” 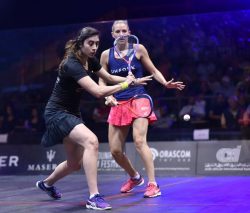 In the women’s event top seeds Nour El Sherbini and Raneem El Welily will meet in a repeat of both the 2016 and 2017 World Championship title-deciders as part of an all-Egyptian finals day.

El Sherbini, who prevailed when the pair last played in El Gouna in the 2016 World Championship final, put England’s Laura Massaro to the sword with an impressive 3-1 win while El Welily had to dig deep into her mental resolve to come through a thrilling encounter with Nour El Tayeb. 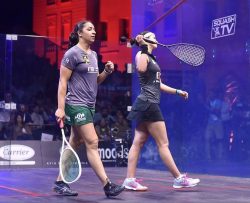 “In the fourth and the fifth I was behind but I just kept digging in. I had a feeling that she was starting to tire in the fifth and I just tried to build on that.

“Tomorrow will be another huge battle with Nour – if I can play as well as I did today, both in terms fo attitude and charter, I will be happy so I hope I can bring that into tomorrow’s match and we will see what happens.” 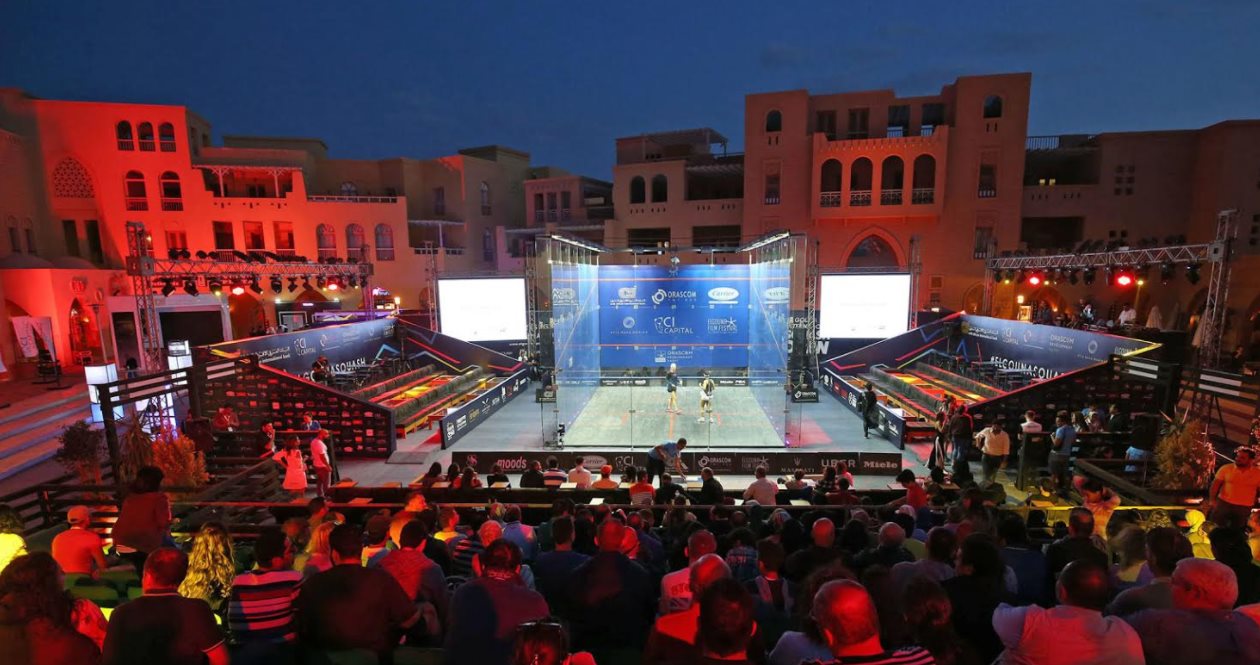