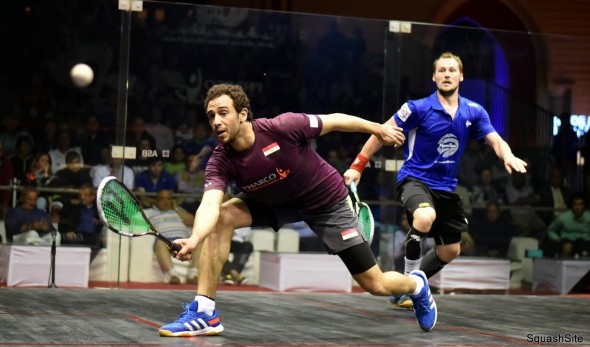 The final of the 2015 El Gouna International, PSA World Series, tournament will see Egyptian pairing Mohamed Elshorbagy, the World No.1, and Ramy Ashour, the current World Champion, collide in a mouth-watering contest.

The duo last met in the final of the 2014 World Championship when Ashour won what is considered to be one of the greatest finals ever, and they met here 12 months ago when it was also the elder man, at 27, who triumphed, but Elshorbagy will be confident of changing his fortunes when they face-off once again tomorrow. 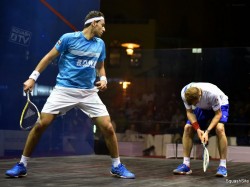 The 24-year-old from Alexandria has already claimed one World Series title this year, January’s J.P. Morgan Tournament of Champions, and after his semi-final opponent Nick Matthew was forced to retire due to injury, he’ll be going into the final fresh and confident of victory.

“Obviously I’m happy to be in the final but that’s not the way anyone wants to win,” said Elshorbagy.

“When you’re a competitor you want to earn your place in the final. The second game was shaping up to be a great battle and I feel really sad for him and I hope he recovers quickly and gets back on court soon.

“It’s not a victory that I can enjoy but I’m going to prepare for tomorrow as best I can and give it everything.” 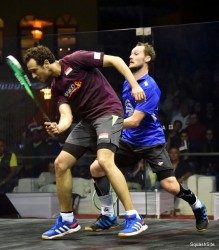 Ashour ensured he remains in contention to defend his title with an impressive 3-1 win over World No.3 Gregory Gaultier, coming from one-game down against the Frenchman to seal the win.

“Greg really came out firing in the first game, he was up for it and I had to react to that,” said Ashour.

“I had to really dig in and react to his shots and his pace and push my body and thankfully everything went well.

“Mohamed is the World No.1 and he’s the toughest player out there but I really want to do my best tomorrow. I’m grateful for what I’ve achieved so far but I want more and I’m going to fight for it with every breath.”