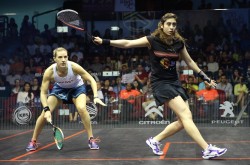 World No.2 Nour El Sherbini produced one of the greatest comebacks in World Championship history as she overturned a 2-0 deficit to defeat World No.1 Laura Massaro in the final of the Naza PSA Women’s World Championship in Bukit Jalil, Malaysia – overtaking the great Susan Devoy, who won in 1985, to become the youngest winner of the biggest title in Women’s squash. 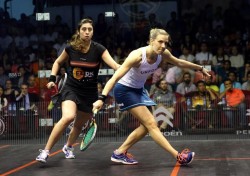 El Sherbini, who will also overtake Massaro to become the new World No.1 in next month’s World Rankings, looked down and out after falling two games behind to a dominant Massaro.

The Egyptian is the most in-form woman on the PSA World Tour at present though and she mounted an incredible fightback to earn a 6-11, 4-11, 11-3, 11-5, 11-8 victory to avenge her 2013 final defeat to the Englishwoman and become the first female Egyptian ever to become the World Champion. 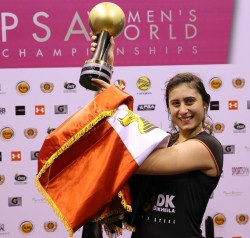 “I want to say thanks to the Egypt team and everyone here for all the support that pushed me to the end. Laura is a very tough player and even until the end I didn’t think i could do it.

“At 2-0 down I though it was over, Shabana just kept telling me to focus and play squash and forget about the score and start again.”

Massaro was gracious in defeat and was full of praise for the new World Champion.

“It’s an honour and privilege to play in a World Championship final, it’s the pinnacle of our year,” she said.

“I’m obviously disappointed to lose but she played an amazing match from 2-0 down. I have to take it on the chin and come back again.

“Thanks to everyone who has helped me, my family and coaches who can’t be here, it’s been unbelievable. It’s been an amazing tournament and we as players couldn’t have asked for more this week.” 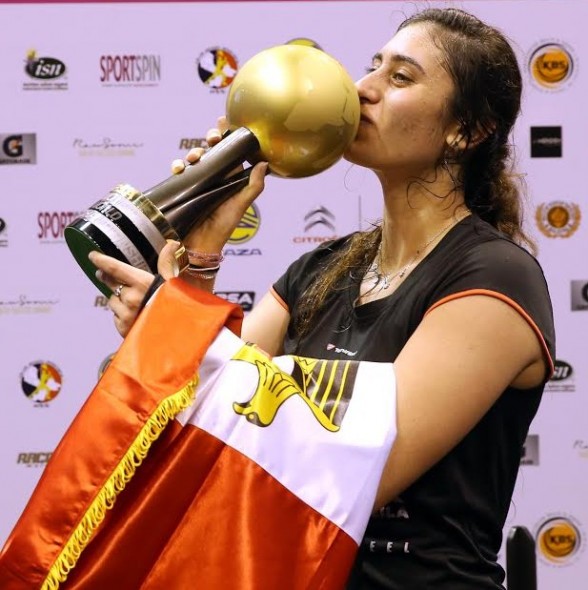 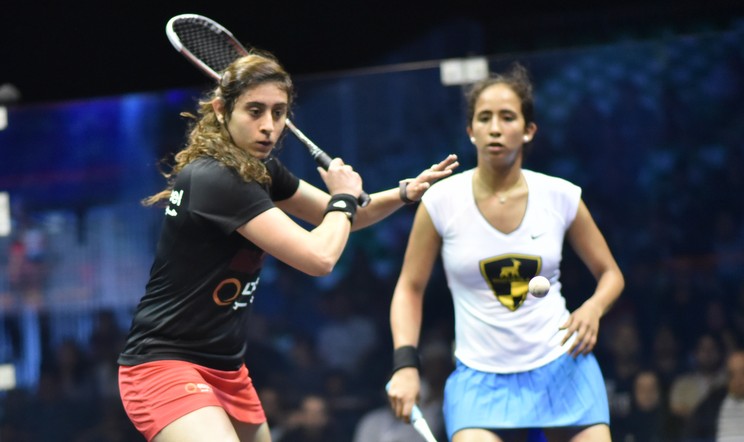 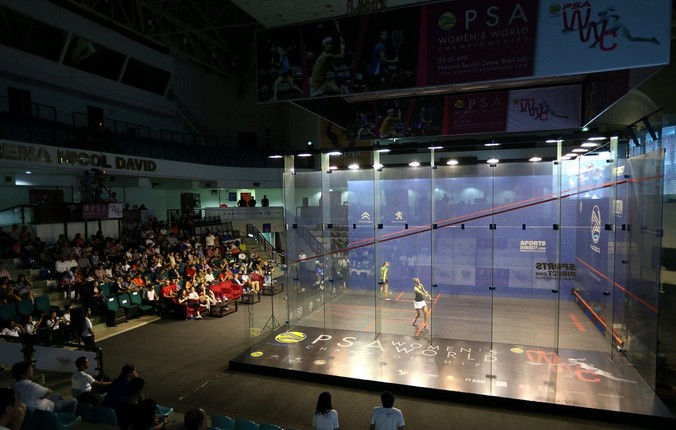 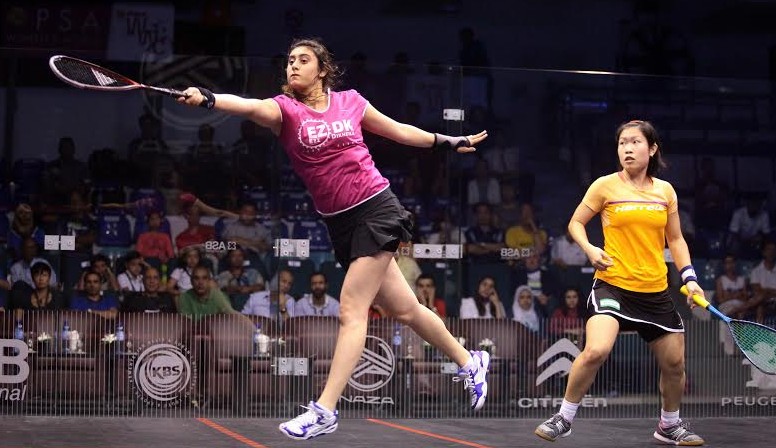