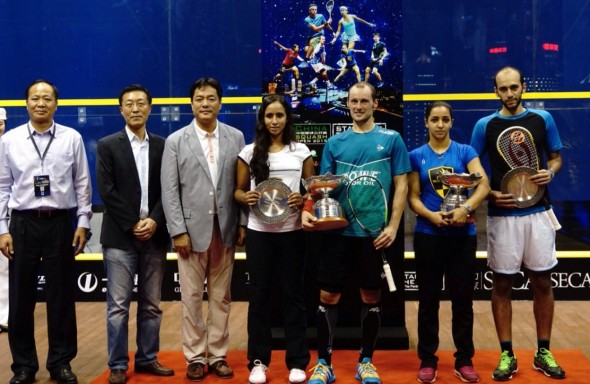 Newly crowned PSA Women’s World No.1 Raneem El Welily got her tenure as squash’s top ranked female player off to the perfect start by defeating compatriot Nouran Gohar 3-0 in the final of the 2015 Stars On The Bund China Open PSA W50 tournament. 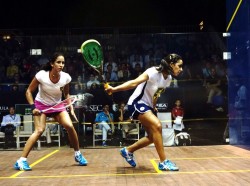 Gohar had reached the final after a succession of upset victories, including an impressive 3-1 win over former World No.1 Nicol David, but El Welily reinforced just why she now tops the rankings with an assured performance that sees her collect a fourth major title so far in 2015.

The 26-year-old from Alexandria overcame her 17-year-old challenger in just 32 minutes to take the title for the loss of just one game during the entire tournament.

“I’m vert glad with how I started the season and how I was focused and steady throughout the tournament,” said El Welily. 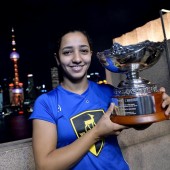 “I won today against a real fighter that will soon break into the top 10 and make Egypt proud as well as my other team mates so I’m very pleased.

“It’s been a crazy time lately so thanks to everyone who sent me messages and wishes.” 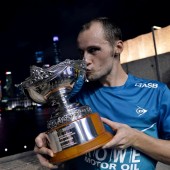 In the men’s tournament World No.3 Gregory Gaultier saw off Marwan Elshorbagy to pick up the 30th tour title of his career courtesy of a comfortable 3-0 victory.

“Thanks to my team back home for the work they have done for me during the summer to get me ready for the season, my family, sponsors and all the people who supported me and the event.”