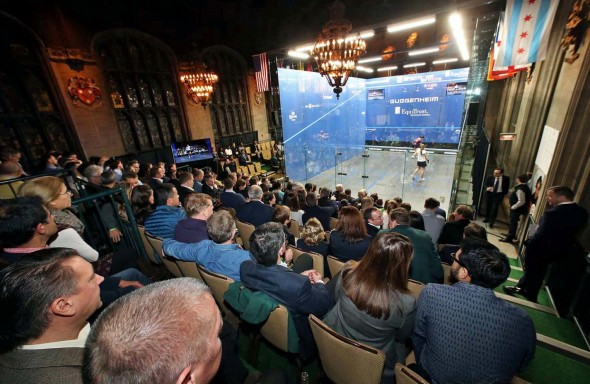 Egyptian duo Mohamed Elshorbagy, the men’s World No.1, and Women’s World No.3 Raneem El Welily triumphed in their respective title-deciders at the 2016 Windy City Open presented by Guggenheim Partners and Equitrust Life Insurance Company to lift the silverware at the fifth PSA World Series tournament of the 2015/16 season. 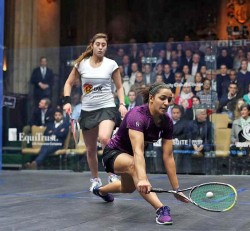 With equal prize money on offer it was double-delight for Egypt as El Welily overcame compatriot Nour El Sherbini to win her first PSA World Tour title since September 2015 while Elshorbagy collected his fourth consecutive World Series crown after opponent Nick Matthew, the English World No.3, was forced to retire in the third game of their encounter due to injury.

After reaching the World No.1 spot last Autumn El Welily suffered from a huge drop in form, failing to reach the final on her last five outings. But she put in a performance of note to defeat the in-form 20-year-old, who came into the match following back-to-back 3-0 wins over Nicol David and Laura Massaro, in the sort of victory that could propel the enigmatic shot-maker back to the summit.

“I’m lost for words right now,” said an emotional El Welily after the match. “I’m very, very happy to have won today. It’s the first title in a long time.

“I never thought I’d be No.1 after winning here last year so I’m just going to take it one step at a time. It’s all about baby steps and taking it one match an done point at a time.

“I need to work hard to make sure I have that same attitude and huger on court for the rest of the season. There’s still a few tournaments to play but I’m really grateful that I won today and hopefully I can keep it up.”

Vanquished opponent El Sherbini said: “She was just too good today – she deserves to win.Sshe has been playing so well all week from the first match. It’s nice to see her back at her best form.” 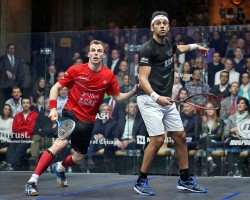 For Elshorbagy celebrations were muted as he collected his maiden Windy City Open crown.

The opening game of the encounter lived up to the pre-event billing between the two perennial foes as they slugged it out in a series of tough, punishing rallies but it was evident early that Matthew was struggling on court and the tenacious 35-year-old was forced to conceded early in the third game and hand Elshorbagy the victory.

“I noticed at the start of the second he was struggling to move,” said the Egyptian.

“I live for great battles and to play against great players like Nick. It’s unfortunate what happened today as that’s not the way that I wanted to win.

“But this is the first time I’ve won this title and I’m very happy to have my name on there – it is an achievement that I’m very proud of.”

Speaking afterwards Matthew said: “I felt a muscle in my glute go in the first game and it seized up. Mohamed is hard enough to play when you’re fully mobile never mind injured so it was a frustrating end.

“I don’t mind losing – it’s just disappointing when you can’t do yourself justice and give Mohamed the fight he deserves.” 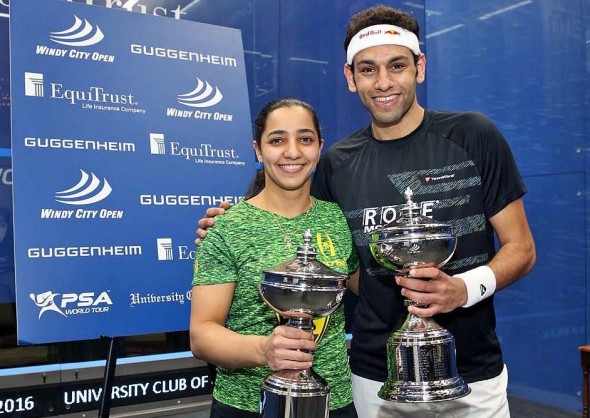