Egypt’s Mohamed ElShorbagy and defending champion Laura Massaro claimed the titles at the 2016/17 PSA Dubai World Series Finals after prevailing in their final clashes inside the stunning Dubai Opera.

The World Series Finals is the first sporting event ever to take place in Dubai Opera and sees ElShorbagy and Massaro claim over $40,000 each after respective wins over England’s former World No.1 James Willstrop and Egyptian World Champion Nour El Sherbini. 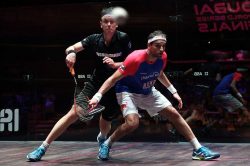 ElShorbagy ended a difficult season on a high to lift his first ever World Series Finals crown and his first Tour title since November after beating Willstrop by an 12-10, 11-9, 11-8 in 57 minutes.

“To win this tournament has been a dream for so long,” said ElShorbagy after lifting his 25th Tour title.

“It’s a very emotional win. I lost some confidence in myself during the season but I feel like I bounced back this week.

“I don’t want to lose. I hate losing. This season I didn’t play with my spirit, but I’m really proud I got that back this week. It was my best squash since being World No.1.” 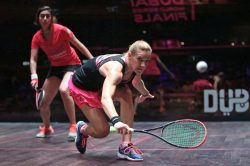 Meanwhile, Massaro has become only the second woman ever after Malaysian legend Nicol David to win two World Series Finals titles after she overcame El Sherbini in straight games.

Massaro was appearing in the final of the World Series Finals for a third time in a row and had won one and lost one of her final appearances against Egypt’s Raneem El Welily and Malaysia’s David, respectively.

The pair had met earlier on in the tournament – with El Sherbini winning the best-of-three games contest to qualify second in Group B – but in the best-of-five games final, it was Massaro who emerged the victor after claiming an 11-8, 12-10, 11-5 victory to capture her 22nd Tour crown. 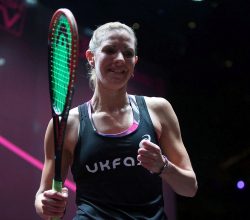 “It took a lot of focus, discipline, hard work and I had to keep pushing throughout the whole match. The first two games were really tight and I managed to get that good lead in the third.

The World Series Finals brought together the top eight players on the Men’s and Women’s PSA Road to Dubai Standings who were then split into two groups of four, with matches played in a best-of-three games format.

Players then battled for points to qualify for the knockout semi-finals and beyond, while the final was contested in the regular best-of-five games format. 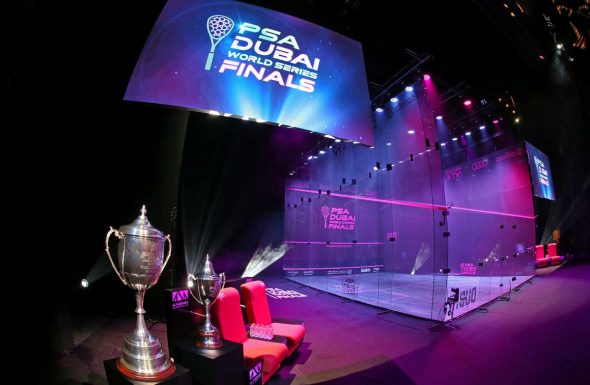 A History of Squash