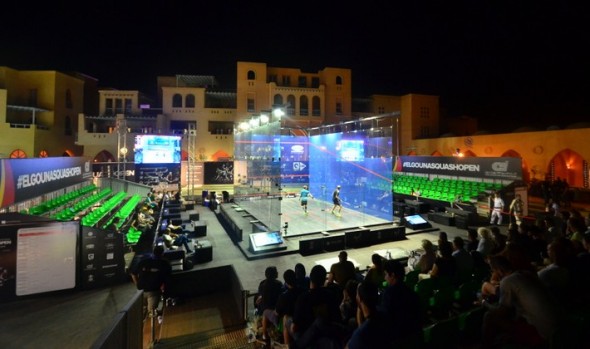 World No.1 and tournament favourite Mohamed Elshorbagy saw off a spirited challenge from England’s Chris Simpson to move into the quarter-finals of the 2016 El Gouna International and keep alive his hopes of going one better than his 2014 and 2015 runner-up finishes at the PSA World Series tournament taking place beside the Red Sea. 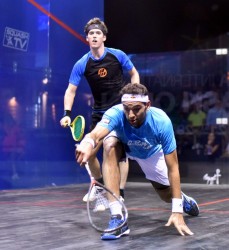 It wasn’t one way traffic for the man who has dominated the PSA World Tour this season, winning five consecutive PSA World Series tournaments, as Simpson hustled and harried him throughout. But it was Elshorbagy’s greater class that made the difference in the latter stages of all three games as he took the crucial points to leave the Englishman rueing wasted opportunities including a squandered game ball chance in the third.

“I got very lucky in the third game especially,” said Elshorbagy. “He kept pushing hard – the conditions were very tough, hot and humid and when the conditions are like that it can mess your head a little bit.

“I think I dealt with the conditions well enough and I’m really happy I got through in the third game – as the competition goes on it gets tougher so I have to rest well and prepare for tomorrow.” 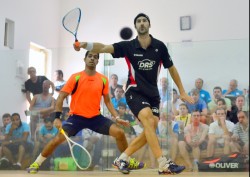 Elshorbagy will now face World No.9 Simon Rösner for a place in the semi-finals after the towering German put a halt to the charge of Mexican qualifier Cesar Salazar who had come through a mammoth 200 minutes to reach the second round of a World Series event for the first time in his career.

“Simon and I have had some great battles over the years and I am sure tomorrow will be another one,” said Elshorbagy.

“We have never played in conditions quite like this so it will be interesting to see how we both deal with it – I’m sure it will be high quality and exciting for the crowd.” 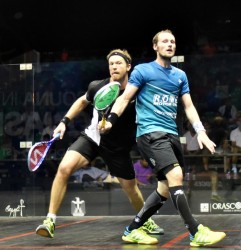 Hard-hitting Egyptian Omar Mosaad and Colombian Miguel Angel Rodriguez will face-off in the second quarter-final in the top half of the draw while in the bottom half, World Champion Gregory Gaultier came through his second round match against Stephen Coppinger to set up an last eight encounter with Ali Farag – the man he beat in the semi-final stage during last week’s Grasshopper Cup.

“Ali and I have played quite a lot recently,” said Gaultier. “He’s a fantastic player and another rising star from Egypt so I need to recover well now and be as fresh as possible for tomorrow.

“Hopefully we can produce another good game and I know it will be tough.” 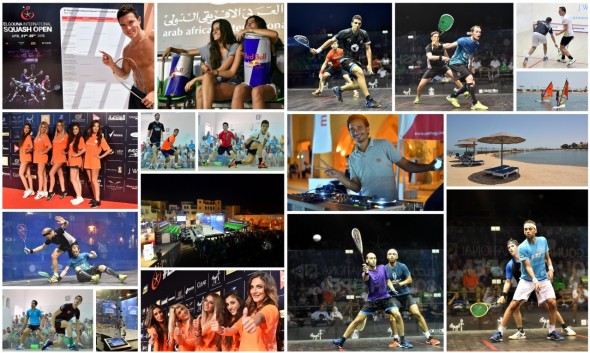