Roy Gingell’s five-year “crusade” to improve the standard of refereeing globally has finally been realised with the formation of World Squash Officiating (WSO).

“It’s been a tough, sometimes lonely but interesting journey in establishing a ‘one-stop shop’ for officiating,” said the WSO director, who has refereed over 100 major WSF/PSA finals and represented Wales at five Commonwealth Games and many European events.

“The WSO reflects the WSF’s and PSA’s vision to organise the world’s referees into a single integrated unit, providing worldwide quality, service and value.

“It is an online education and appraisal website that is primarily aimed to standardise squash officiating qualifications worldwide, as well as containing useful resources such as a video library of decisions using recent SquashTV clips, an easy-to-navigate rules section with example clips, and a download section with handy PDF versions of the rules, line of thinking decision flow charts and template score sheets.

“Beginning with a free basic rules test (Level 0) through to the highest level of elite referees (Level 5), the platform is for all squash players wishing to improve their knowledge of the game, with the aim of creating a worldwide standard in refereeing and a clear referee pathway from grass roots to the highest level of WSF and PSA events.

“In this way, both the quantity and quality of referees and refereeing will grow to the benefit of the sport.”

Gingell could not be more suited to his WSO role. Having started playing squash in 1979 at Maesteg in South Wales, he represented his county in the British inter-county leagues, before going on a referee course in Cardiff in 1981. He has never looked back.

“In the early 90s I was at the bottom of the referee grading system, but Super League came to Maesteg around 1996/97 and this meant refereeing world-class players like John White, Mark Cairns, Del Harris and David Evans,” he recalled.

European, international and world qualifications followed, before he was appointed referee director for the WSF in 2015, having previously held a similar role with European Squash for 10 years.

“Refereeing at this level is fantastic,” he commented. “It’s all about respect. The players respect what I do and I respect what they do. They give me stick, but it’s a great pleasure to referee at this level.” 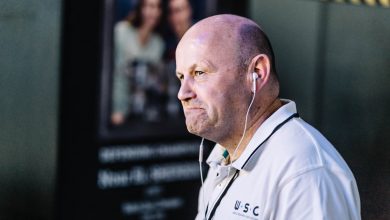 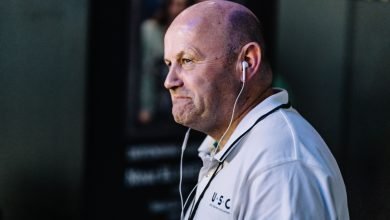 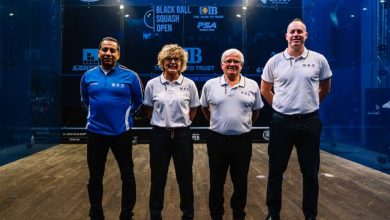