This weekend, the squash world came together to celebrate the 20th anniversary of World Squash Day, an annual celebration that originated in the USA to honour the memory of the large number of squash players who lost their lives in the attacks on 9/11.

A World Squash Day auction is still running, with lots of great merchandise up for grabs, including memorabilia signed by the world’s top players, to raise money for the PSA Foundation, Squash Library and World Squash Day projects

Federations, clubs and individuals from all around the world all held events to celebrate the game we love. Scroll below for some of our favourite pictures from around the world.

In Egypt, the famous Black Ball Club hosted some 750 talented juniors for the Black Ball Championships, complete with an amazing-looking array of cupcakes! 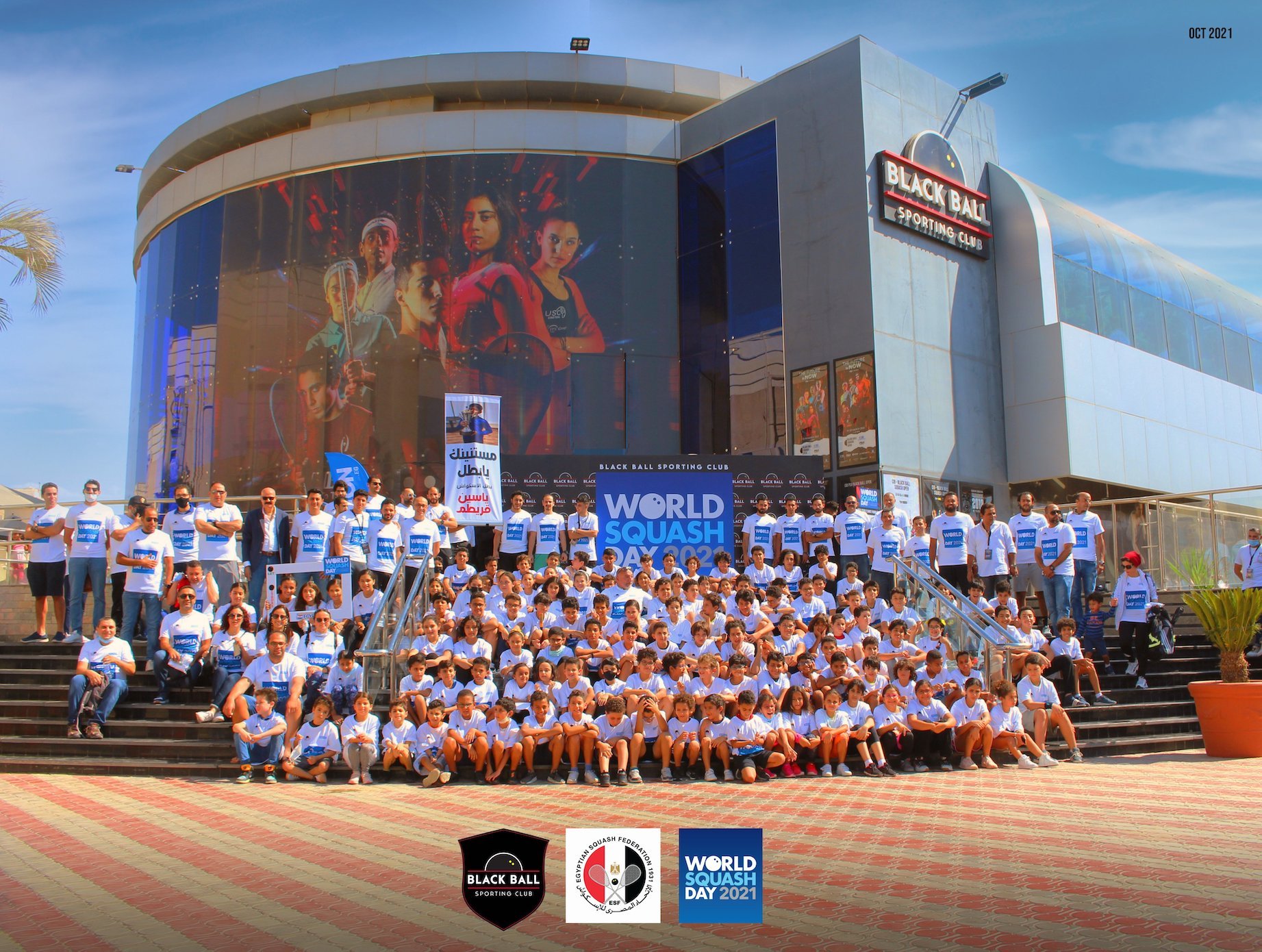 For squash to move forward, making our sport more visible, more accessible and more affordable has to be a priority. We are talking about outdoor courts. Some of the world's top pros were like kids again as they enjoyed playing on the Maspeth steel court in NYC on @WorldSquashDay pic.twitter.com/0Ouse6HEsp

In England, Birmingham 2022 Commonwealth Games mascot Perry was put through his paces by the likes of Sarah-Jane Perry and Alison Waters, while future stars of squash were welcomed to the game. 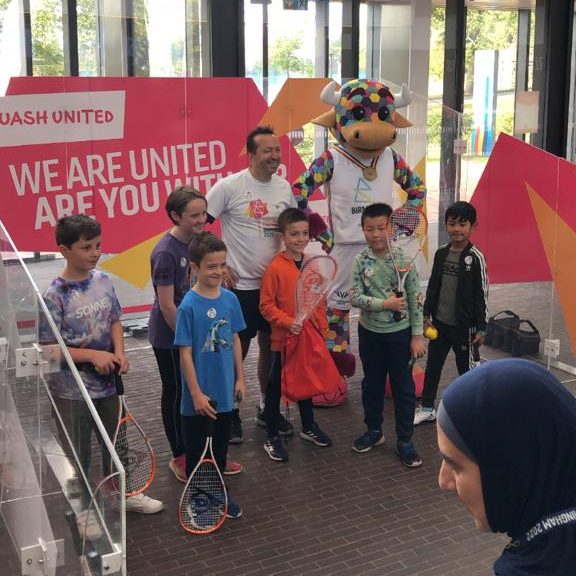 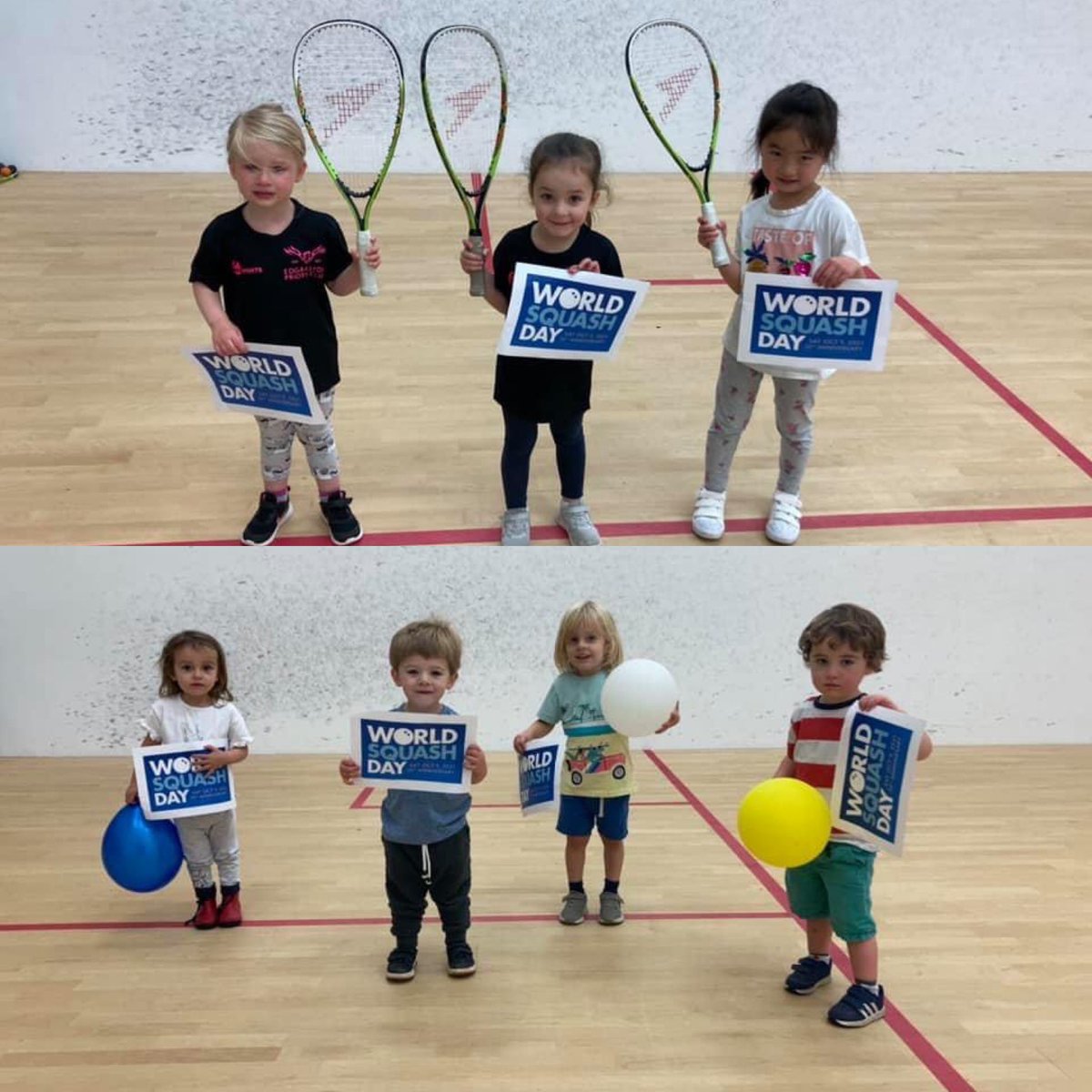 In Singapore, the Singapore Squash Rackets Association appealed to a new audience and ran a campaign to highlight the top 10 reasons squash is great. 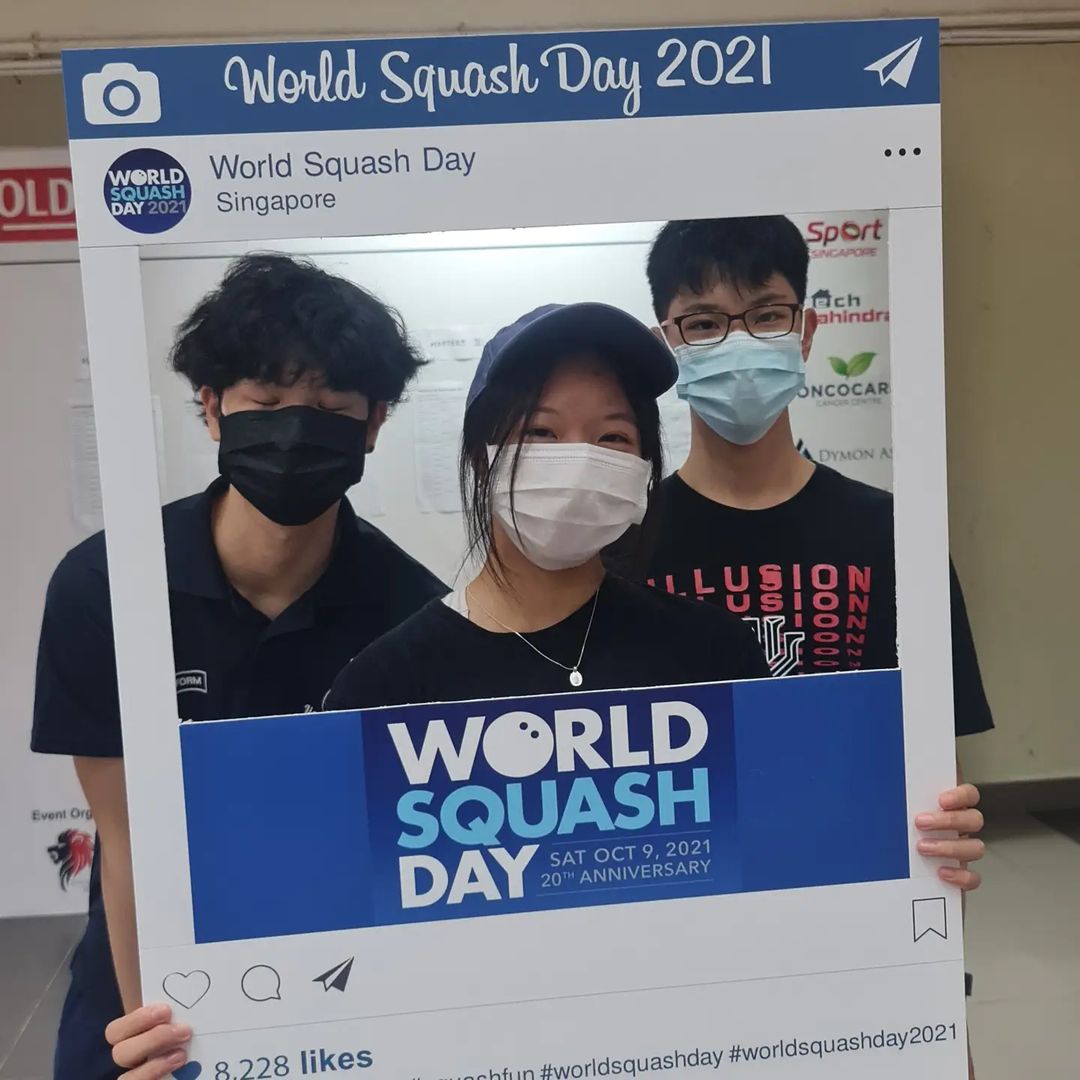 In Sri Lanka, young players enjoyed a day of squash and cake at the Austasia Squash Academy. 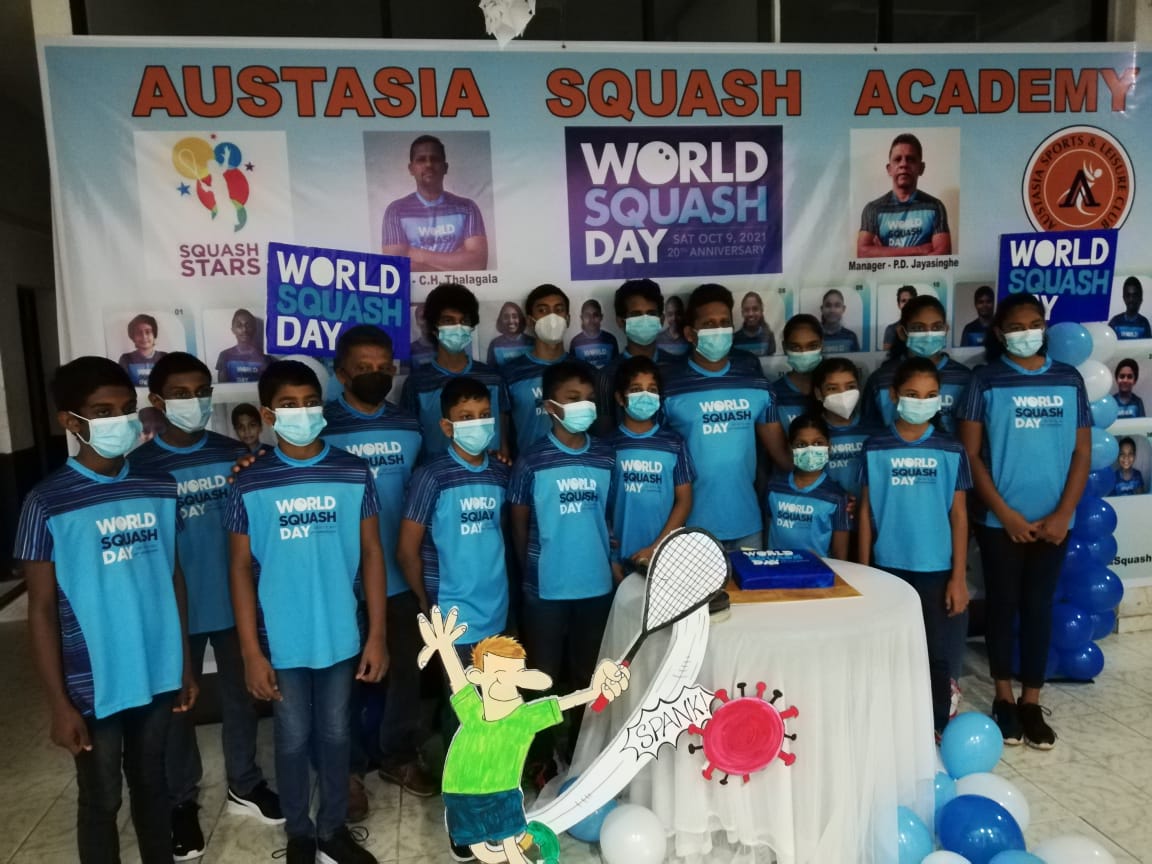 More cake was on the menu at Mackenzie Squash club in New Zealand, while the national governing body partnered with the Mental Health Foundation to support squash and mental wellbeing, with activities including a ‘squasthathon’ featuring national men’s champion Evan Williams. 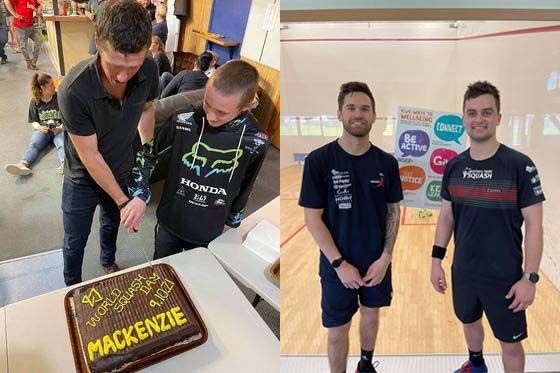 In Guatemala, players and fans came together to celebrate World Squash Day 2021 at the headquarters of the National Squash Sports Association of Guatemala. 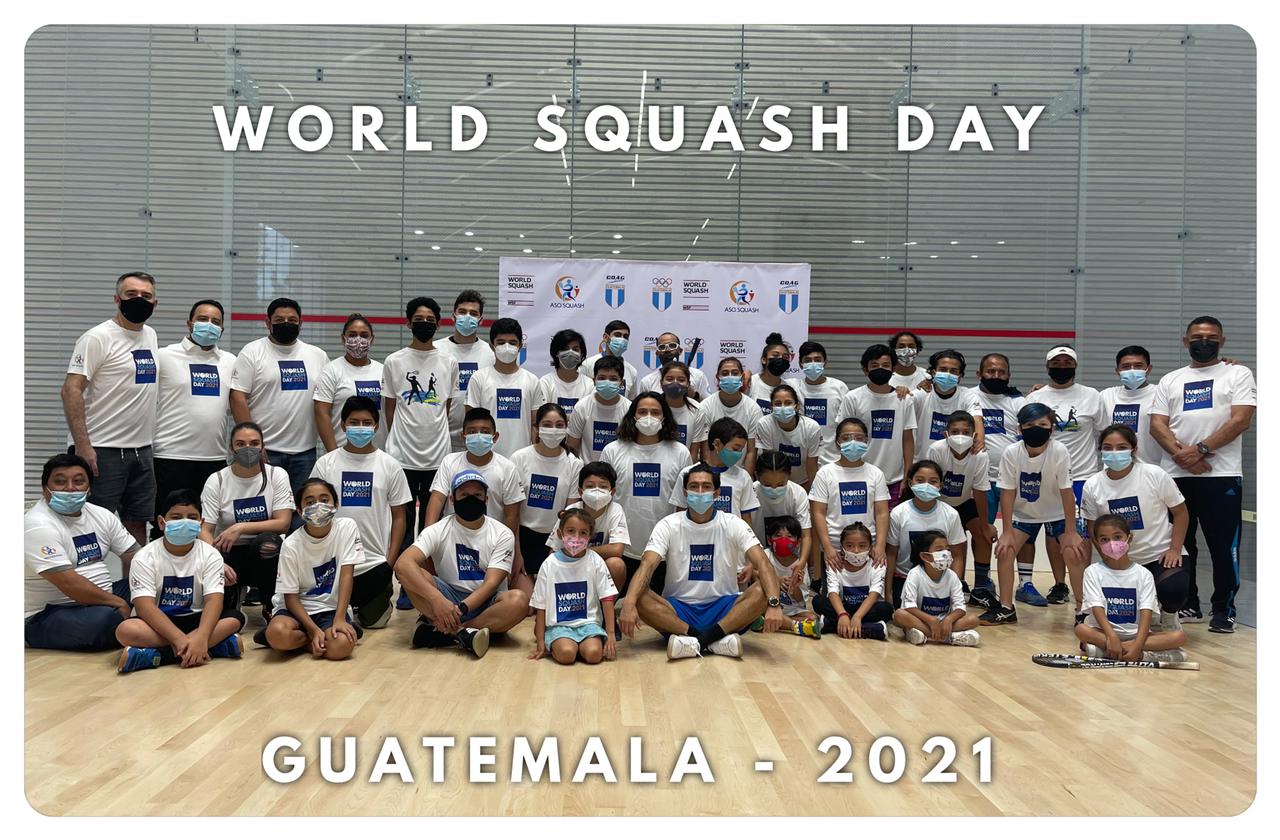 In Ireland, a fun day of activities for young players could be found at venues such as the Celtic Squash Club and Ballyshannon. 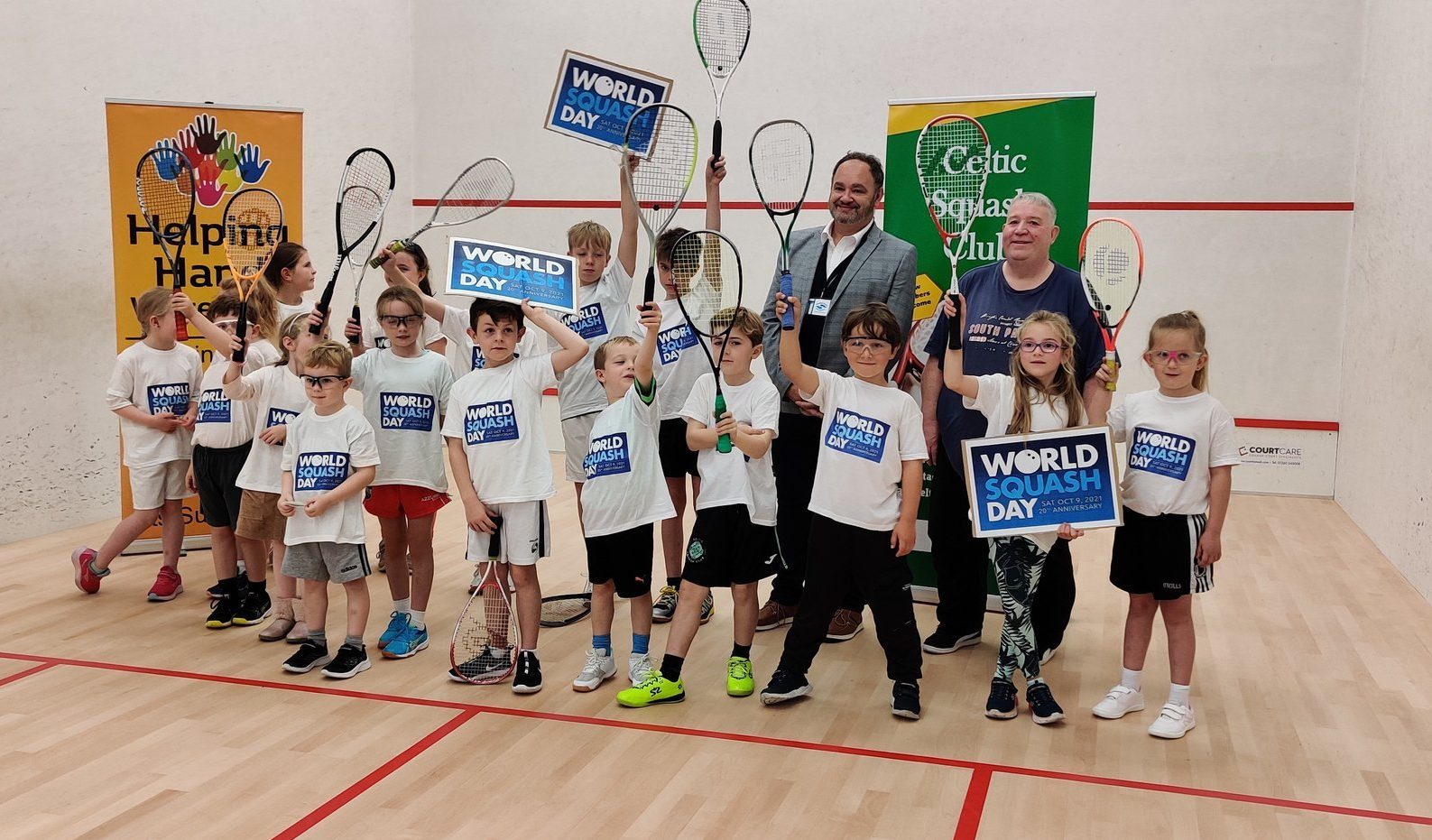 In Australia, the Squash For All campaign continued to reach out to players of all ages and backgrounds, with activities including a junior squashathon and online training sessions for players in lockdown. 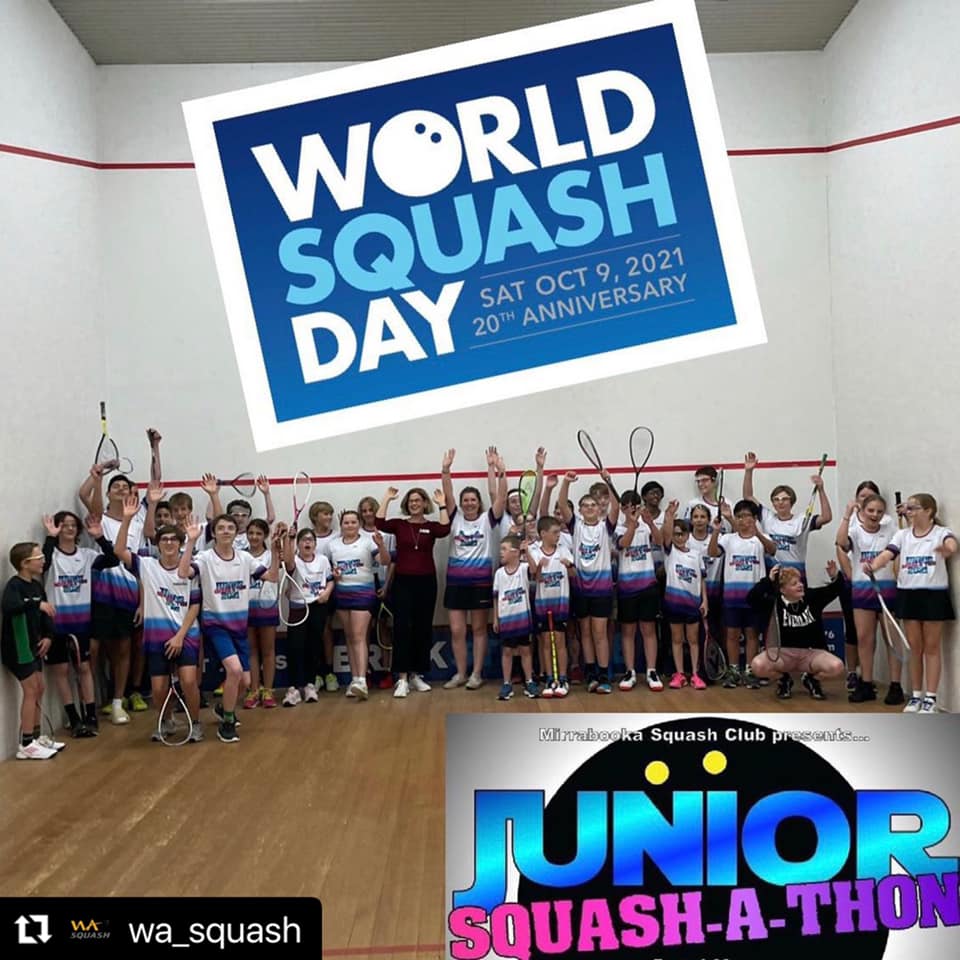 In Nigeria, players at the NICON Luxury Squash Club, Abuja, celebrated with a friendly tournament.

In Scotland, the Squash The Stigma campaign – in partnership with The Heart of Scotland Appeal – encouraged players to share their #SweatySelfies to get the nation moving.

Sue Strachan, Doctor and Squash Player is supporting the #SquashTheStigma campaign with @Scottish_Squash

Squash was brought to underserved communities in Malaysia, as the sport was promoted to young players from Mantin. 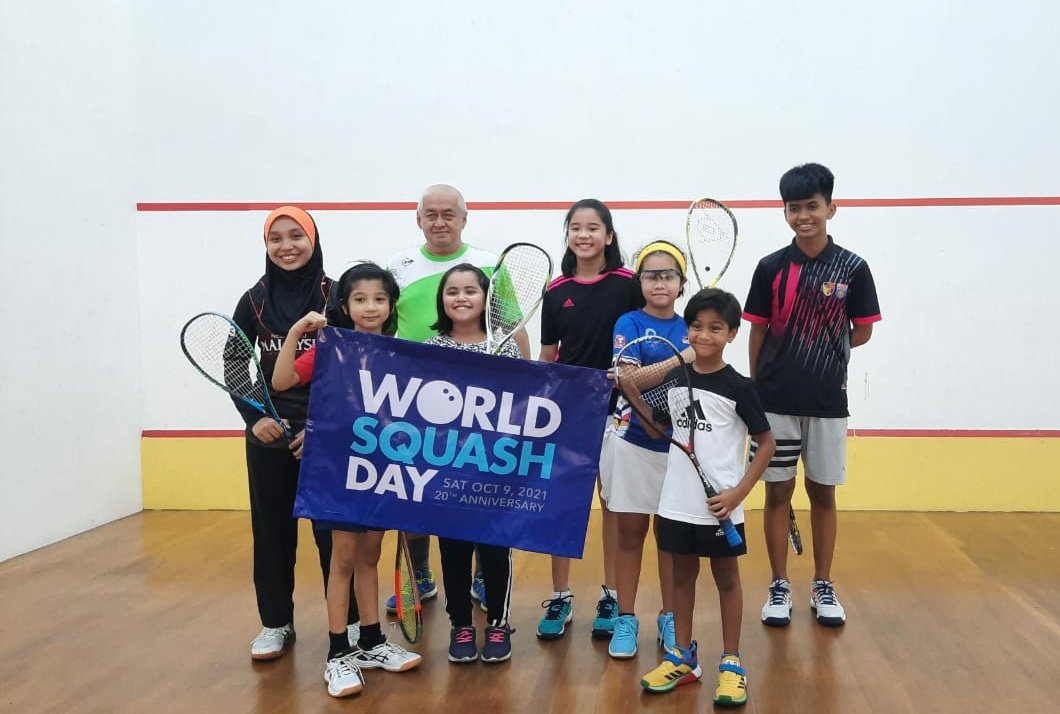 In South Africa, the GIRLS CAN initiative encouraged female players to pick up a racket, while ‘parents v children’ matches ensured there was fun for the whole family. 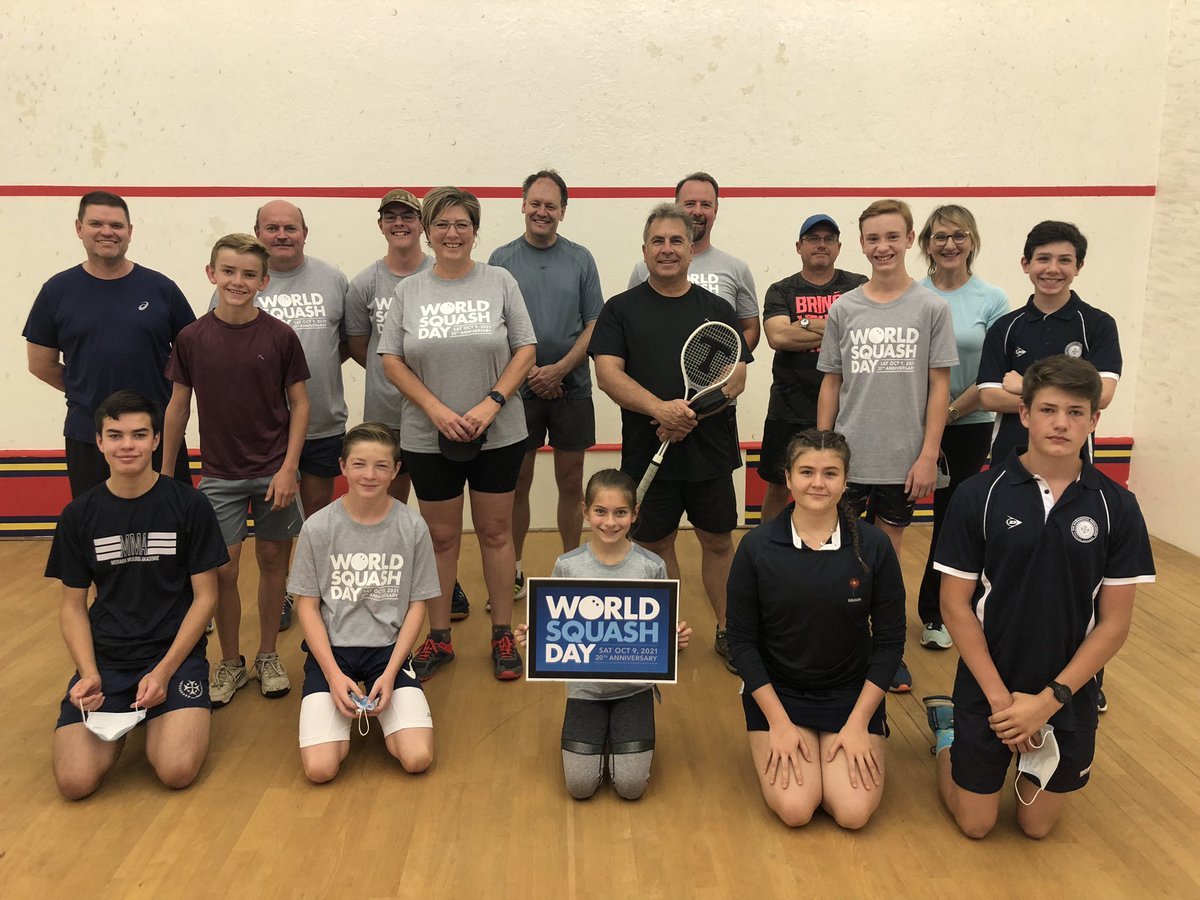 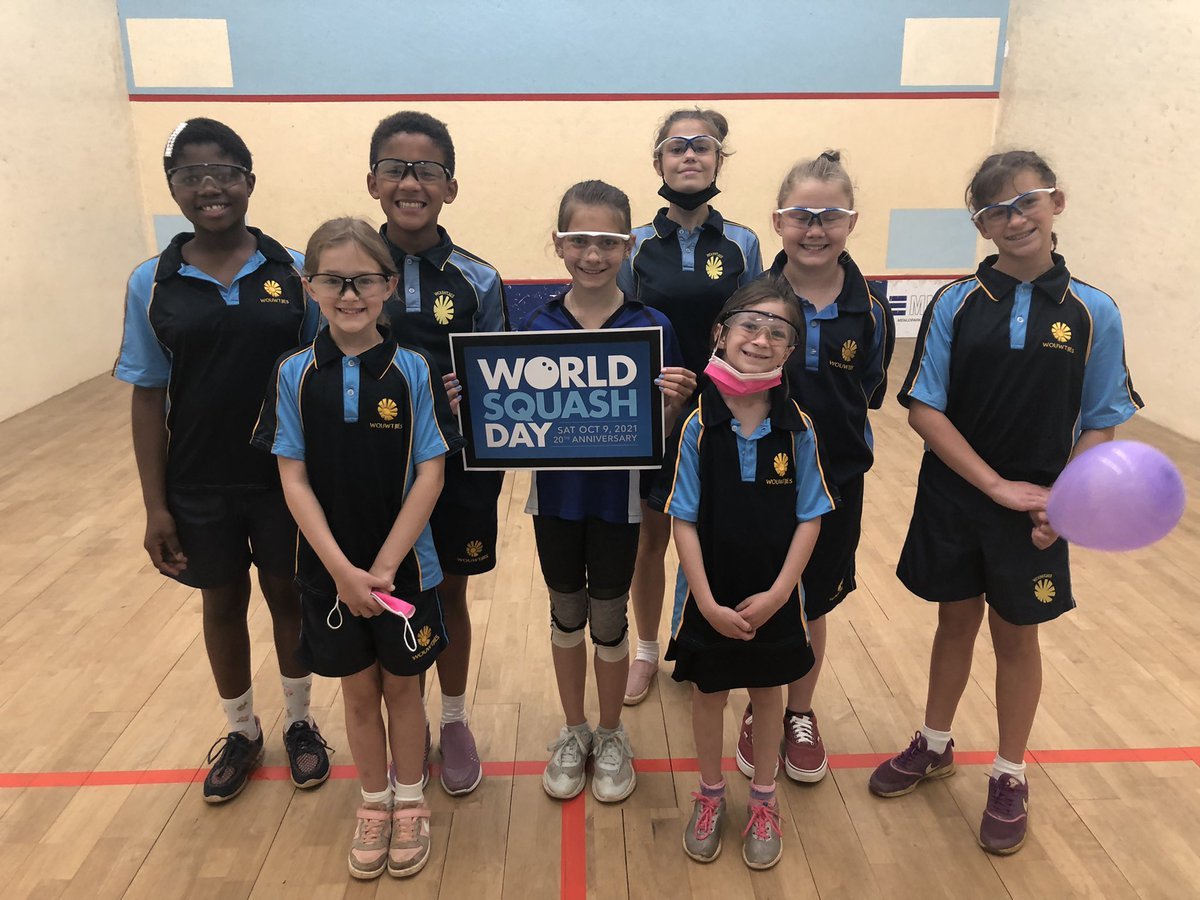 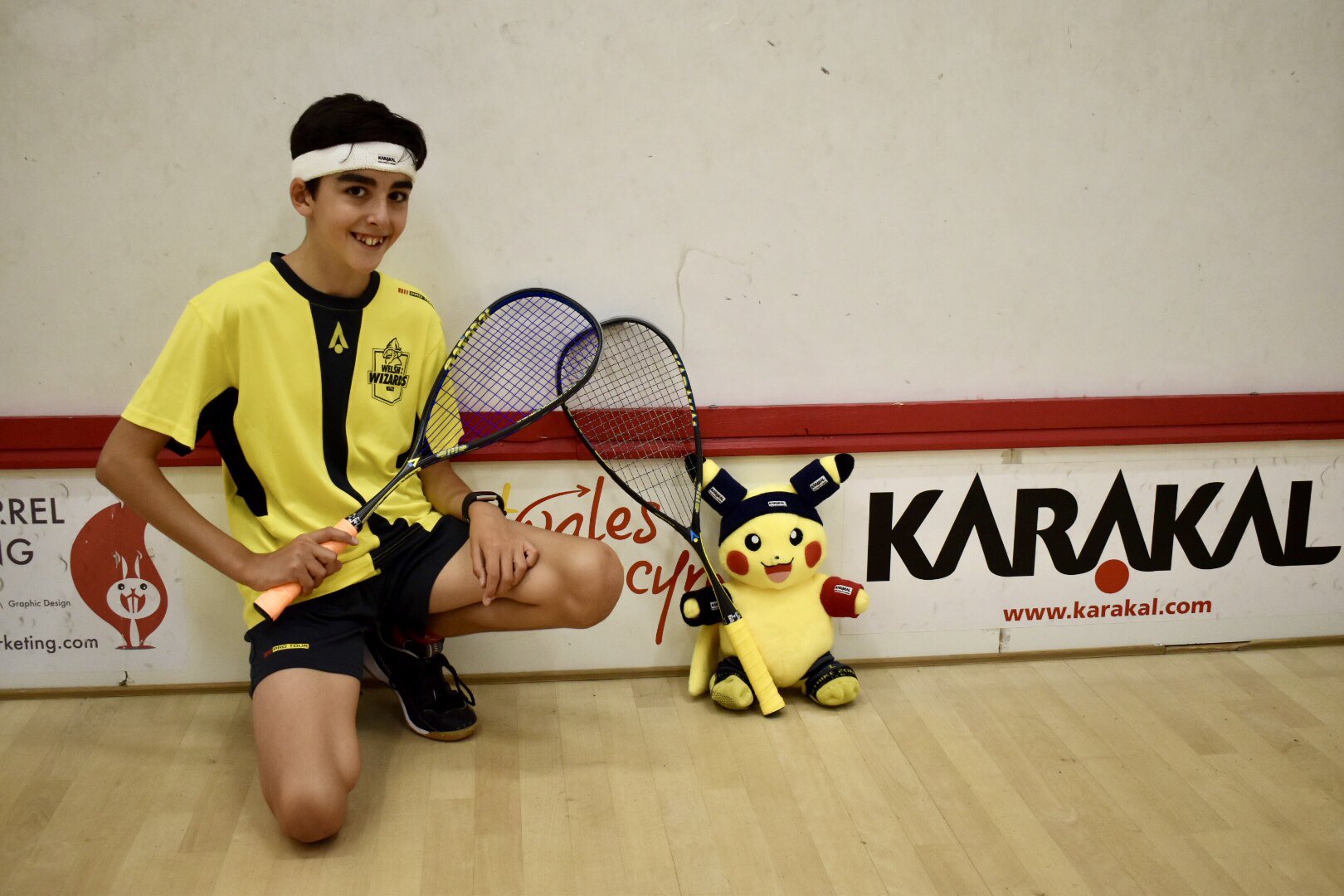 COVID restrictions in Japan didn’t stop squash lovers from all across the nation connecting, with a huge digital campaign uniting players from all prefectures. 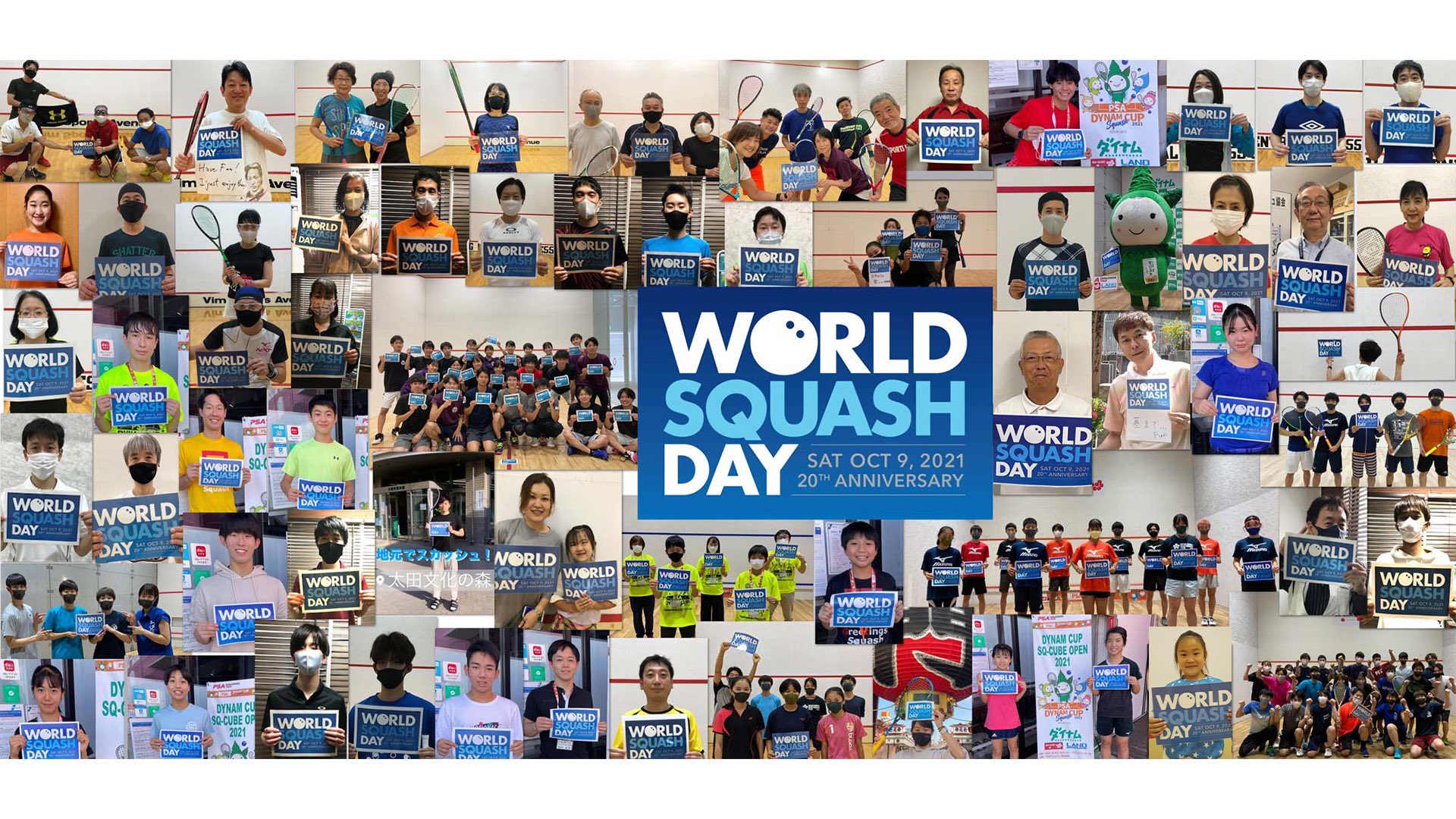 In Canada, players at the YWCA Metro Vancouver Fitness and Racquet Club celebrated with a day of events and activities. 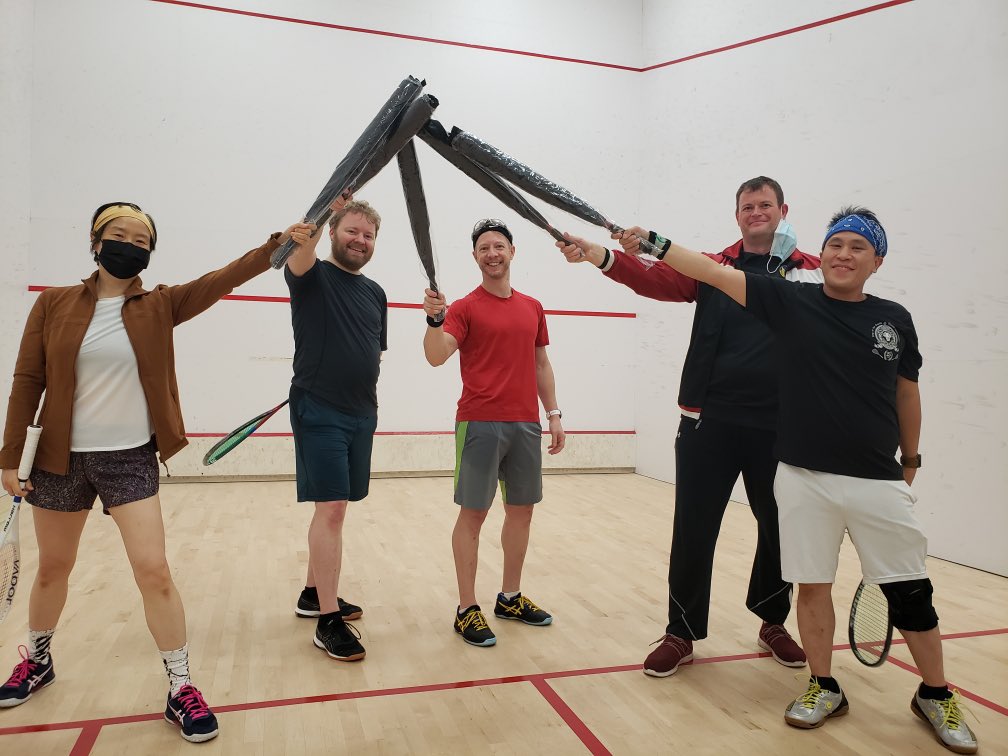 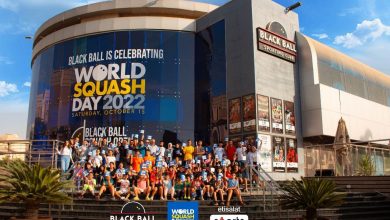 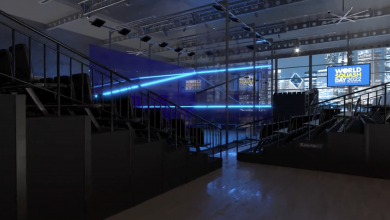 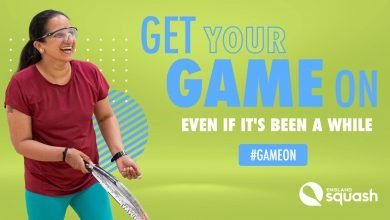