The final of the Financière Banque Nationale Montreal Open between the event’s top two seeds fittingly went the full distance, with Spanish favourite Borja Golan ultimately prevailing over England’s No2 seed Daryl Selby to claim the PSA World Tour International 35 squash title on an all-glass court at the Montreal Forum  in Montreal, Canada. 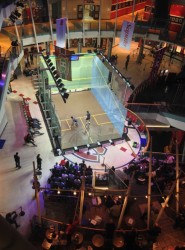 “Golan shows his full range and goes up 3-0 with drive winner, boast winner, and drop winner,” commented tournament spokesman Radu Neacsu on the opening game. “Selby gets a few lucky breaks and picks up three points on strokes. Golan, not happy with the ref’s calls, or Selby’s easy points, yells out ‘Squash is more difficult than this!’ Indeed, Golan would make sure that Selby would have to work like a madman for the rest of the match.

“It’s point for point all the way up to nine-all. A Selby winner and then Golan’s error later and the Englishman lets out a fist pump as he takes the game 11-9.” 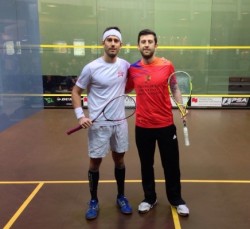 World No9 Golan turned up the pressure and took the next two games to open up a 2/1 lead.

“What followed in game four was squash, drama, and entertainment of the absolute highest level with Oohs and Ahhs from the sold out crowd, all the way up to 10-all,” continued Neacsu. “At this point Selby shows great sportsmanship calling his own ball out giving Golan match ball! Golan hits a tight drop to the front left, Selby scrapes it off the ground, but it’s floating right next to him.

“Golan, perhaps not wanting to take the easy stroke after Selby just called his own ball out decides to play the ball. But his drive catches the sidewall and Selby recovers to eventually win the point and draw level at 11-11! Several crazy points later and Selby has done the impossible, coming back from the dead to take the fourth game 14-12.” 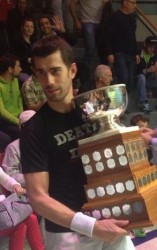 “I feel tired and good at the same time,” said Golan when asked how he felt about his victory. “It was a very tough match – the fourth game was brutal.

“But I was able to focus in the fifth and played the best squash I could.

“Daryl is a really good player – and he’s very dangerous when he’s behind,” added the 30-year-old from Santaigo de Compostela who now boasts 29 PSA World Tour titles. “I knew that when I was 6-1 up in the fifth – and it started to get a bit scary.

“I knew I had to play better in the fifth – it’s very nice to win the title.”

An upbeat Selby later tweeted: “Congrats to @golansquash for winning the title. What a great tournament, thanks everyone @MtlSquashOpen. See you next year!” 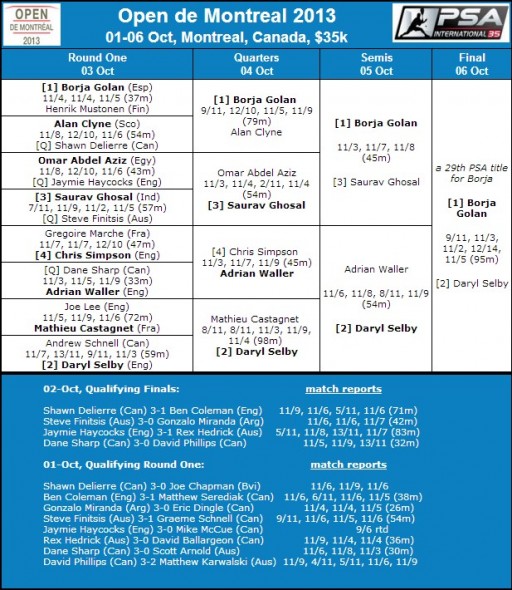