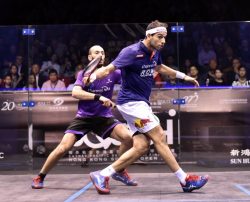 The tournament becomes the third World Series event of the season to host all-Egyptian finals, with the U.S. Open and Qatar Classic also seeing Egyptians dominate and ElShorbagy and Farag will go head-to-head in a repeat of the men’s U.S. Open final. 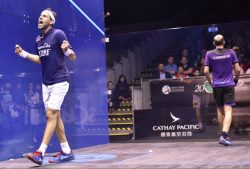 “He’s had some wins over me, I’ve had some wins over him, so it was always going to be tough, especially with the way he has been playing this week. He did unbelievably well to take out [World No.1] Greg [Gaultier], so I had to be at my best.

“I’ve put in a lot of hard work this summer to be back playing finals again, it’s what I live for. It’s my sixth PSA final in a row and I’m really happy to have my form back again and to be competing in finals.” 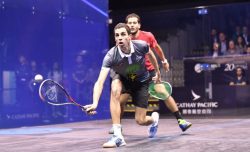 “It was far from easy today, he’s won most of our matches,” said Farag.

“To get the win against him today is such a pleasure. He’s very talented, so tough to read, but I always enjoy playing him because it’s always a fair match. I hope we keep playing a lot of matches with each other in the future.

“In the last three tournaments, me and Mohamed have either won the tournament or lost to each other. I really enjoy our battles, the last two times he beat me, the time before that I won, so hopefully it’s going to be a great match for the crowd and for us as well.”

The first ever all-Egyptian women’s Hong Kong Open final will be a repeat of April’s Women’s World Championship final as El Sherbini and El Welily battle for their first World Series titles of the season. 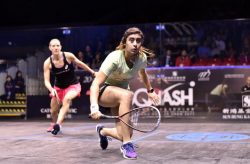 El Sherbini defeated 2015 runner-up Laura Massaro, coming from 2-1 behind to claim her place in the title decider.

“Playing Laura is very hard, and in the middle of the match, I thought that I just needed to give it everything,” said El Sherbini.

“I’m feeling good, it’s only my second time here in Hong Kong. I’m happy with the way I’m playing and hopefully I can keep on going tomorrow.” 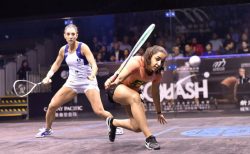 Two-time runner-up El Welily beat World No.3 Camille Serme in five games to reach her second World Series final of the season after she lost out to compatriot Nour El Tayeb in the final of the U.S. Open in October.

“I’m very happy to be through, to be in the final is amazing. It was a great match today against Camille, she played really well. At times, it felt like I was doing court sprints.” 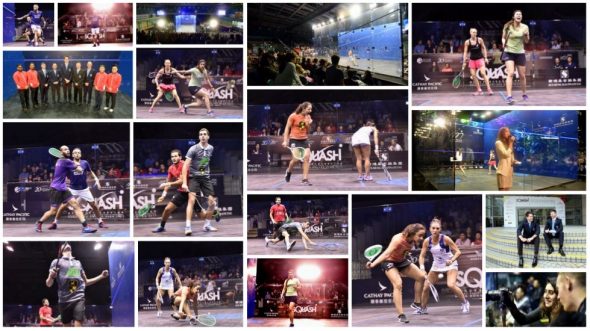