Sivasangari Subramaniam made her official return to court at the weekend, seven months after suffering severe injuries in a traffic accident.

The Malaysian No.1 – who was originally supposed to be her country’s flagbearer at the 2022 Commonwealth Games before a car she was travelling in collided with a lorry near Kuala Lumpur last June – returned to action for Cornell University, where she is a senior, on Friday evening.

After winning her first official match since her injury, a 3-1 victory over Malak Taha of Penn, the World No.18 spoke with WSF media about the emotional return.

“It was really crazy to think, seven months ago, I was in hospital and now I’m back on court and playing competitive squash again,” she admitted.

“It feels great but I was very emotional on court. I was super nervous after not playing for a long time. There were a lot of emotions going on and I’m glad I won that match, which is a great start for me.”

After her positive experience back on court, Subramaniam added that although she was still feeling her way back into form, she hopes to be ready to compete at the highest level soon, with the 23-year-old set to return to the PSA World Tour at the Bronze-level Squash On Fire Open in February.

“I wouldn’t say I’m the same as what I was [before the accident] yet because I’m not at 100 percent. But it’s about getting used to it after not playing in seven months. All the emotions and stuff, like I said, is a lot. So it’s good for me to get used to everything, because now I have matches every weekend and I will feel better when I start in February.

“I’m excited for [a return to the Tour] and also nervous. I tend to put a bit more pressure on myself but I’ve got to be grateful that I’m back playing. I thought I wouldn’t be back playing and I’m glad I got a second chance to come back and play squash. It will be huge for me, my first PSA event and we’ll see how it goes!”

Subramaniam’s winning return also bodes well for the Malaysian national time, which will be expected to compete for medals at the rescheduled 2022 Asian Games later this year.

Following her return to action for Cornell, Subramaniam was presented with a championship ring after winning the 2021-22 Individual National Championship on the back of an undefeated season.

On 30 January, Subramaniam will be talking to the PSA Foundation in an exclusive video interview, reflecting on the mental challenges she’s had to overcome in order to return. Follow the channels of the PSA Foundation and PSA World Tour for more information.

Match of the year? Relive the best of the 2022 WSF Women's World Team Championship Final 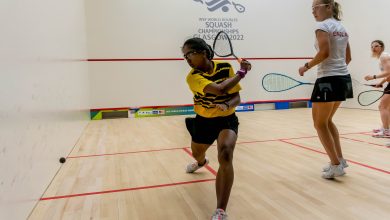 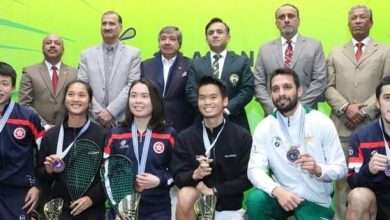 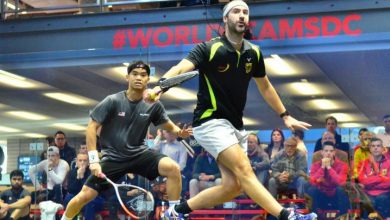