Malaysian legend Nicol David was crowned as The World Games Greatest Athlete of All Time on Monday following a month-long voting process in a poll conducted by the International World Games Association.

The eight-time World Champion, from Penang, prevailed against 23 other athletes after capturing over 300,000 of the 1,200,000 votes, meaning she had over double the votes of second-place tug of war athlete James Kehoe.

With three World Games gold medals and a bronze, in addition to an unprecedented nine-year reign atop the World Rankings and numerous other honours along the way, David goes down as one of the greatest squash players ever to have picked up a racket.

We caught up with the 37-year-old to discuss her victory, what it means to her and what effect she thinks the accolade will have on squash. David also has a message for her fans who showed their support by voting for her. 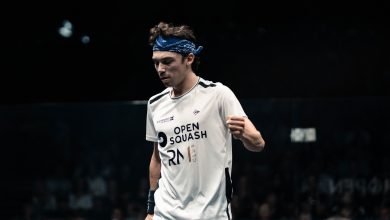