Gaultier back at the top 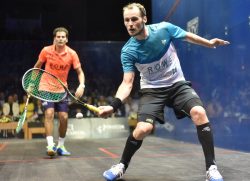 Frenchman Gregory Gaultier has become World #1 for the sixth time in his career, overtaking Egypt’s Karim Abdel Gawad to top the PSA Men’s World Rankings – making it the first time since 2012 that the top spot has changed hands four months in a row.

Gaultier, who at 34 years and five months has broken his own record as the oldest ever World #1, lost the ranking to Gawad last month, but celebrated title successes at the Grasshopper Cup and Bellevue Classic during May to leapfrog Gawad – who slips down to #2 – and reclaim top spot. 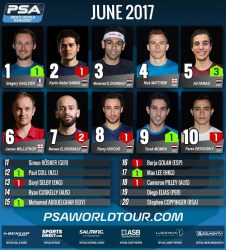 Meanwhile Mohamed ElShorbagy, who topped the rankings as recently as March, and former World #1 Nick Matthew stay at numbers #3 and #4.

Egypt’s Ali Farag was a beaten finalist in both the Grasshopper Cup and Bellevue Classic and is rewarded with a move into the world’s top five for the first time in his career.

Germany’s Simon Rösner sits just outside at #11, while New Zealand’s Paul Coll moves up to a career-high #12 ranking. Egypt’s Mohamed Abouelghar, who last week captured his first title in 18 months, claims a place amongst the world’s top 15 for the first time. 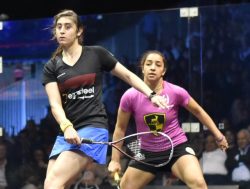 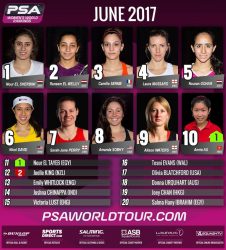 Egypt’s Nour El Tayeb is also on the rise to #11 – a place ahead of King – while the rest of the world’s top 20 is unchanged.