Pakistan’s Mohamed Hamza Khan and Egypt’s Kenzy Ayman have been announced as the No.1 seeds for the upcoming WSF World Junior Championships taking place from 11-21 August in Nancy, France.
16-year-old Khan currently sits at No.162 in the PSA World Rankings and claimed victory at last year’s US Junior Open, beating compatriot Nour Zaman 3-1 in the final. Zaman is the No.2 seed for the championships and will be looking to avenge his defeat in Philadelphia.
European Junior Champion Finnlay Withington is a 3/4 seed for his first World Junior Championships alongside Egyptian Kareem El Torkey. Withington claimed victory over Rowan Damming in the final back in April in Eindhoven to become the European champion and will be looking to add the World Championships to his title haul.
More Egyptians feature in the 5/8 seeding bracket in the form of Omar Said Sobhy and Mohamed Nasser. The latter, has already been active on the professional tour and has a highest World Ranking of No.147, with a highlight of featuring in the most recent El Gouna International Platinum event. Malaysia’s Joachim Chuah Han Wen and European Championships runner-up Rowan Damming from The Netherlands complete the 5/8 seedings.
In the women’s draw, World No.60 Kenzy Ayman leads the way as she bids to claim her first World Junior title. Ayman won the Bermuda Open Challenger 10 event to earn herself a spot in the PSA World Championships in Cairo earlier this year. After beating World No.30 Jasmine Hutton in round one, she put up a stern effort against reigning World Champion Nour El Sherbini, eventually losing in four games.
15-year-old Amina Orfi is the No.2 seed for the event and has been prolific in junior events throughout her brief career, winning 3 British Junior Open titles and a US Junior Open title so far in ruthless fashion. Picking up yet another major junior title will certainly be Orfi’s main target in Nancy later this month.
The 3/4 seeds are Egypt’s Fayrouz Aboelkheir and Malaysia’s Aira Binti Azam. Despite only being 16 years old, Aboelkheir already has a highest World Ranking of No.64, which she achieved in March this year. She also already has two professional titles to her name after successful campaigns at two Egyptian Challenger Tour events last season. 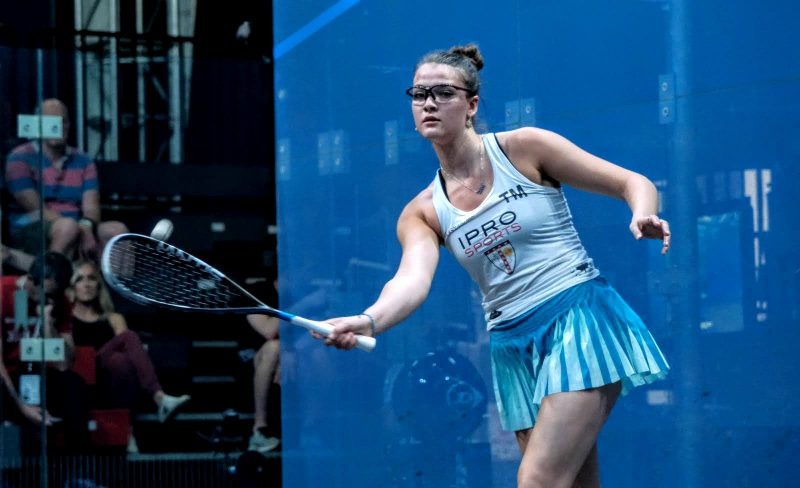 English presence arrives in the 5/8 seedings as Torrie Malik and Saran Nghiem are seeded to reach the quarter finals in Nancy. Malik recently captured the prestigious British Junior Open title in Nottingham, winning from a 3/4 seeded position to take USA’s Caroline Fouts in the final. Manchester-based Nghiem is the current US Junior Open and British U23 Champion with a current World Ranking of 109, and she will be determined to add another title to her name before heading to Harvard University in September.
The remaining 5/8 seeding places are taken by Egyptian duo Salma El Tayeb and Malik Khafagy. El Tayeb has a current World Ranking of 69 with one PSA title to her name, which came in Islamabad, Pakistan last October. Khafagy is not far behind her compatriot, ranked just 11 places lower. El Tayeb recently defeated Khafagy 3-1 in the Tuanku Muhriz Trophy Challenger 10 semi-finals, but both players will be looking to outperform their seedings in France.
For more information on the WSF World Junior Individual and Men’s Team Championships, visit follow the WSF on Twitter (@WorldSquash) Facebook and Instagram. 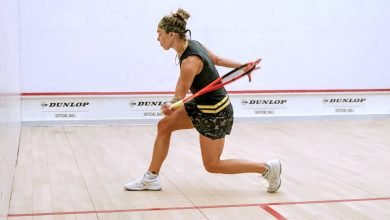 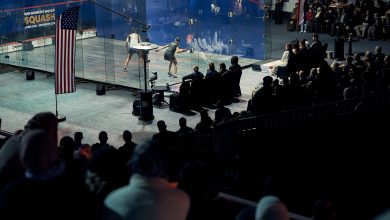 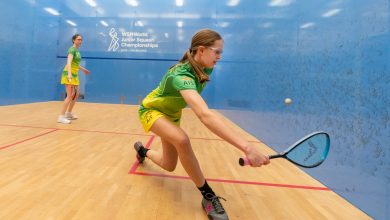