It was fitting that the final match on the final day of 11 days of intense Commonwealth Games Squash competition at Oxenford Studios in Gold Coast produced a second gold medal for hosts Australia – when Zac Alexander & David Palmer held off English rivals Daryl Selby & Adrian Waller in a thrilling near-hour-long Men’s Doubles climax which went the full distance. 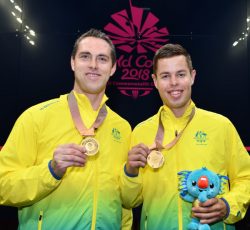 It was almost certainly the farewell Games performance of veteran campaigner Palmer, the 41-year-old former world number one from New South Wales who has featured in the sport’s six appearances in the Commonwealth Games since 1998, and has now extended his record medals haul to nine.

But it was New Zealander Joelle King who topped the individual medals table in the 2018 Gold Coast Games after striking gold in the Women’s Doubles, to add to her Singles gold and Mixed Doubles bronze.

King, the world No.4, partnered Amanda Landers-Murphy to an 11-9, 11-8 win in the Women’s final over Joshna Chinappa & Dipika Pallikal Karthik, the Indian pair who won gold in the 2014 Games in Glasgow. It was the climax of an arduous 11 days for 29-year-old King whose tally is now five medals over three Games since 2010. 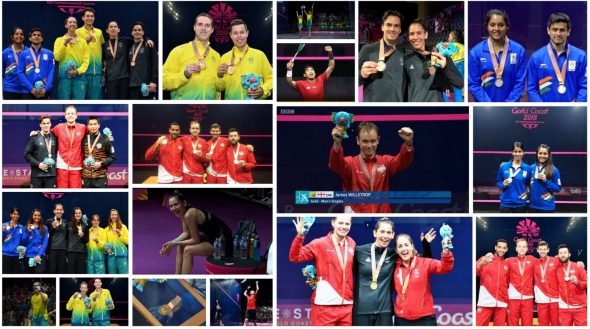 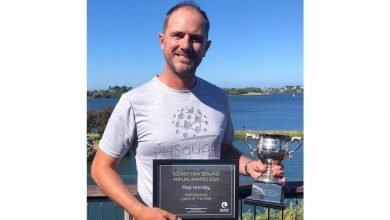