After 100 matches and two rounds of action in the 2015 WSF World Junior Individual Squash Championships in the Netherlands, it was USA’s Kayley Leonard and Englishman Charlie Lee who emerged as the biggest heroes of day at theSquashtime Centre in Eindhoven. 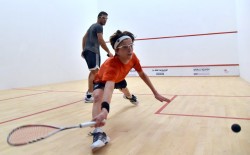 “I knew I wasn’t favourite but I really believed in myself before the match,” 17-year-old Lee told the event websitewww.wsfworldjuniors.com later. “In the games I lost, my length wasn’t good enough – but managed to get it back for the next games and kept him behind me which was very important.

“It’s great to win, but I have to carry that forward now,” added the 17-year-old from Walton-on-Thames. 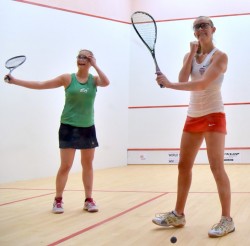 “That was a really tough one, especially the fifth,” said Leonard. “I was 8-3 up and then it was eight-all, and it was really tight at the end. I knew I was the underdog, so I had to put all my strength out there, and I’m so pleased to win.”

Peruvian Diego Elias and Egyptian Habiba Mohamed, both seeded to retain their titles, had comfortable second round wins after byes in the first round.

16-year-old Mohamed dismissed home hope Suzanne Peters 11-2, 11-2, 11-5 and will now line up against New Zealander Kaitlyn Watts for a place in the fourth round. 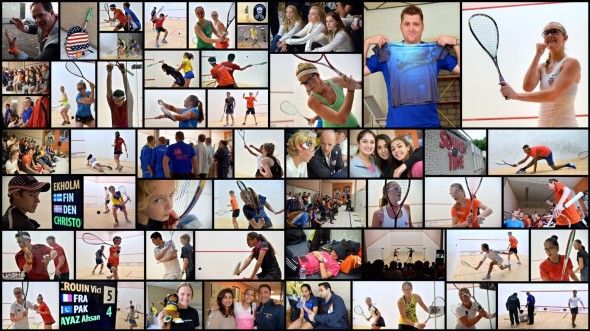