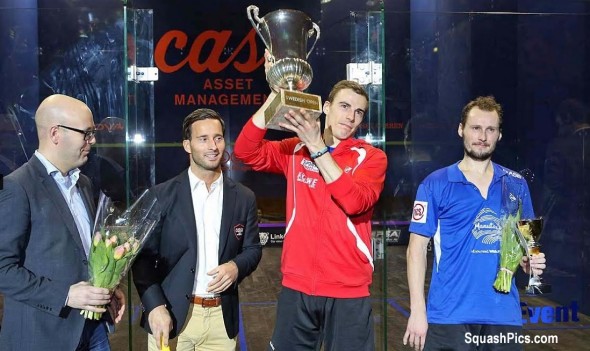 England’s 34-year-old Nick Matthew, the current World No.3, got the better of long term adversary Gregory Gaultier, the World No.2 from France, in the final of the 2015 CASE Swedish Open, PSA International 70 tournament, beating the 32-year-old 3-0 to retain the title he won in 2014. 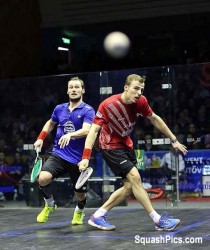 It was the 32nd meeting between the pair on the PSA World Tour and despite Gaultier breezing into the final without dropping a game during the tournament, it was Sheffield’s Matthew who dominated the contest from the outset, putting in an accomplished performance to record a second consecutive PSA World Tour victory over Gaultier and take the title 11-9, 11-8, 11-7 after 63-minutes on court.

“I felt like I played well today and I always seem to play really well here in Sweden,” said Matthew.

“I’ve won here five times now and I’ve been in the final seven times. It’s a great venue and the people here are knowledgeable and really appreciate what we do so when you’re in this surrounding you always play at you best.” 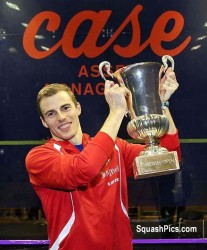 In the opening game it was the Englishman who took the early ascendency, utilising his usual style of attritional play to forge a 10-5 lead before sealing the game with an audacious forehand volley nick – but only after Gaultier had mounted a late surge, saving four game balls to get within two points of the game.

The duo traded points throughout the opening parts of the second game, but when ahead 8-6, Gaultier made two consecutive errors to allow Matthew to draw level and the ‘wolf’ made the opportunity count, turning the screw to take the next three points, and the game, unanswered.

Gaultier continued to be plagued by errors in the third game and Matthew kept the pressure on and was rewarded with the victory, his first 3-0 win over the Frenchman since the semi-finals of the 2014 Swedish Open.

“Greg played so well in the early rounds but he maybe needed a closer match earlier in the tournament because I could tell he wasn’t at his best physical condition today whereas I had a few close 12-10s so that maybe helped me,” he said. 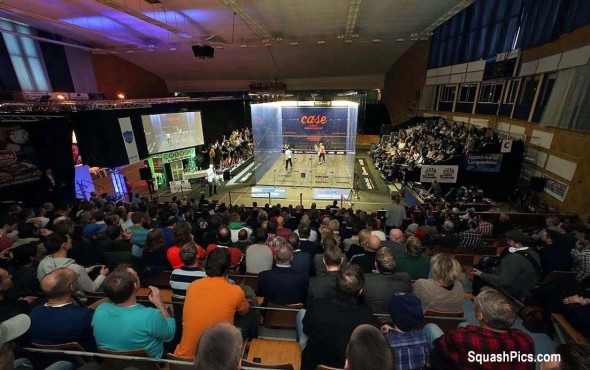