No major changes in the latest PSA rankings, but nice boosts for James Willstrop and Tesni Evans … 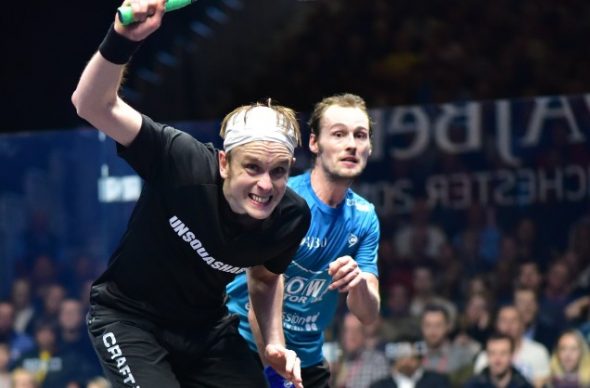 Willstrop back in top six

England’s James Willstrop has moved up three places to #6, his highest ranking since Nov 2014.

A combination of a hip injury and illness saw former #1 Willstrop tumble down the rankings over the past two years, dropping out of the top 20 in late 2015.

But a stunning return to form from ‘The Marksman’ saw him claim semi-final finishes at the Delaware Investments U.S. Open and J.P. Morgan Tournament of Champions this season, resulting in a charge up the World Rankings which sees him mixing with the world’s elite once more.

Australia’s Ryan Cuskelly is the biggest mover in the top 20 alongside Willstrop, moving up three places to a career-best #12, one place behind Fares Dessouky, who rises to #11, also a career-best. 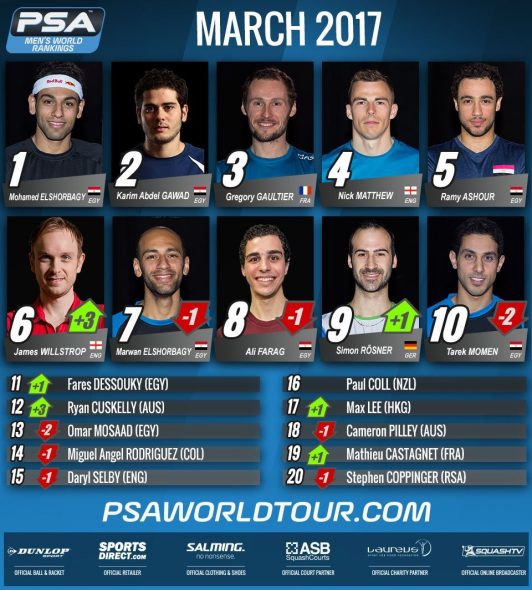 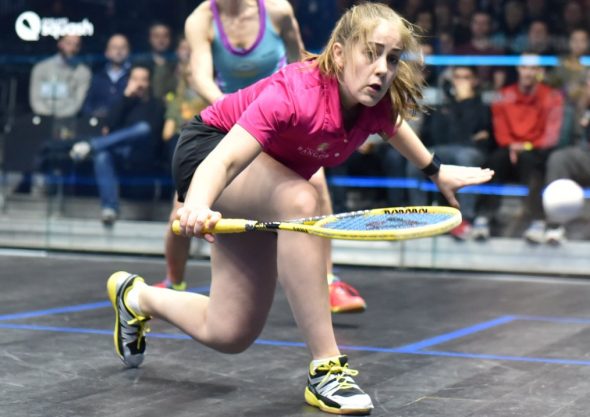 Tesni back in Top 20

Tesni Evans  claims a place amongst the world’s top 20 for the second time in the new PSA Women’s World Rankings.

Evans, the 24-year-old from Rhyl, appeared in last month’s Cleveland Classic and made it to the quarter-final stage before losing out to the in-form Camille Serme, who holds on to her #2 ranking for a second month.

France’s Serme – who currently leads the Women’s PSA Road to Dubai Standings after triumphs at the Delaware Investments U.S. Open and J.P. Morgan Tournament of Champions in recent months – is 400 points behind #1 Nour El Sherbini, the Egyptian World Champion who retains top spot for a 11th consecutive month.

Evans’ rise to #19 is the only change in the world’s top 20, with Raneem El Welily – who will today attempt to defend her Windy City Open crown against El Sherbini – at #3, Nouran Gohar at #4 and Laura Massaro rounding out the top five. 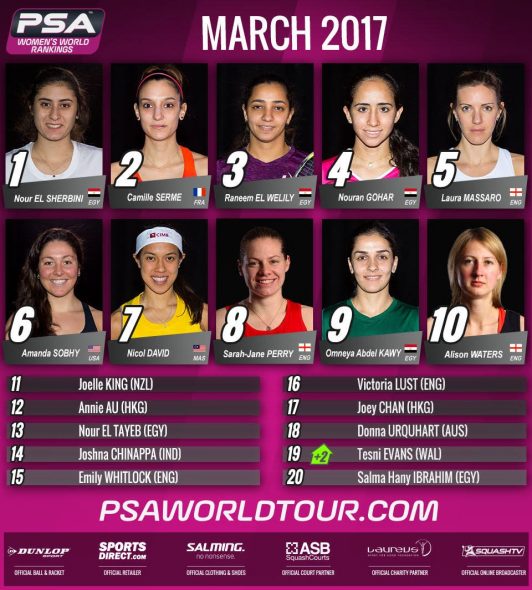