England’s Laura Massaro and Frenchman Gregory Gaultier reigned supreme during the final night of action at the PSA Dubai World Series Finals, defeating Raneem El Welily and Cameron Pilley, respectively, to take the honours and bring the lucrative week-long season-ending tournament to a close in Dubai. 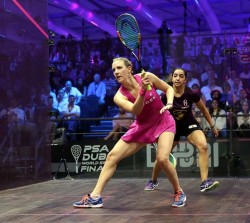 Competing in the shadow of the Burj Khalifa – the world’s tallest building – Massaro twice game from a game down to defeat El Welily in a thrilling 62-minute encounter that saw her collect the biggest prize in the history of women’s squash – with the $42,750 purse equal to that collected by Gaultier – just three weeks after losing in the final of the PSA Women’s World Championship.

“I’m so pleased with my form all week,” said Massaro.

“It was really tough coming off the back of a loss at the World Championship, and it was a big effort to keep training after that. I’m just so pleased that it’s paid off – you go through so much pain and hard work as a squash player. Moments like this make it all worth it.

“I told myself it was the final match of the season, and coming on for that fifth game I just told myself there was one game to go and I’m so pleased to come through in the end. To have equal prize money for the women and to be on an level par with the men in these big events now, the women feel like we deserve it, and I hope that today showed that we do.” 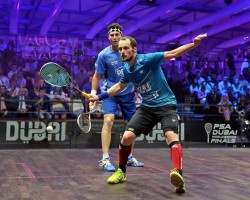 Meanwhile Gaultier, winner of the 2008 and 2009 iterations of the tournament, saw off the challenge of surprise finalist Cameron Pilley in a commanding 3-1 victory that sees him end the season on the highest note possible – just four months after suffering a horrific ankle injury that threatened to keep him away from the game for an extended period of time.

“I started the season in a great dynamic winning events such as the U.S. Open and World Championship and was the maybe best player on Tour before the nightmare hit with injury in January,” said Gaultier.

“I had a few months where I didn’t even hit a squash ball until the British Open and it was only in El Gouna that I felt I was getting back into it. This week I was able to play without tape and move fluently for the first time and to end this half of the year with this title is a really positive note for me and something I’m really pleased with.” 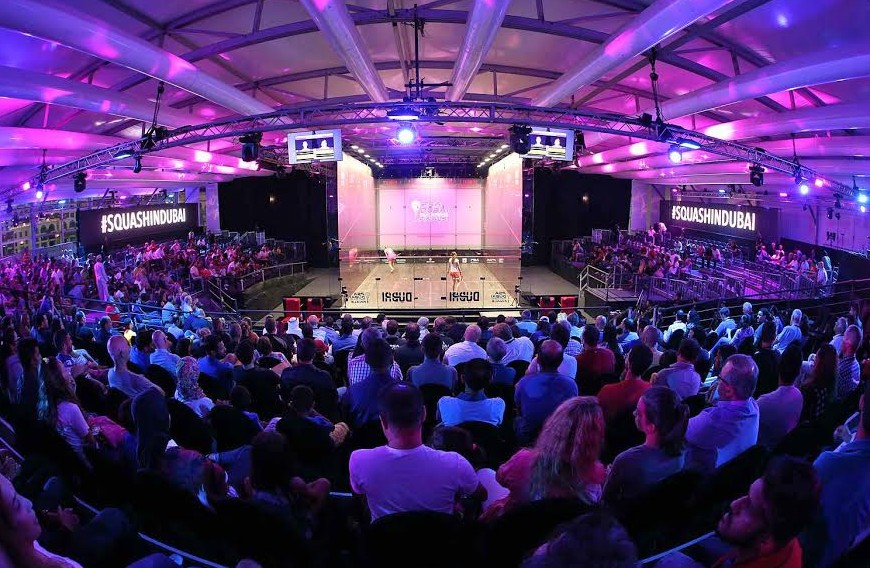