World No.1 Mohamed Elshorbagy and World No.2 Nick Matthew will meet in a third consecutive PSA World Series event in 2015 when they take to the court for the semi-finals of the 2015 El Gouna International in EL Gouna, Egypt.

Elshorbagy is the only man to have beaten Matthew so far in 2015, out-powering the 34-year-old to win the first Word Series event of the year, the J.P. Morgan Tournament of Champions. but Matthew has claimed three consecutive event titles since then including the Guggenheim Partners Windy City Open where he produced an imperious display to beat Elshorbagy 3-0. 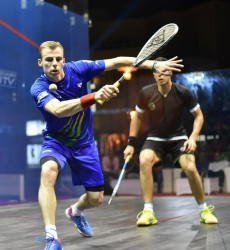 The three-time World Champion had to come through a brutal encounter against World No.9 Omar Mosaad, played in difficult conditions, to book his place in the last four in what was his 600th PSA World Tour match.

“I’m not sure I’ve ever played in tougher humid conditions than tonight because those conditions were brutal,” said Matthew.

“I had a bit of a blip in the fourth game, when my intensity dropped a little, but I’m really pleased with how I came back from that and there’s lots of recovery work to be done now ahead of tomorrow.” 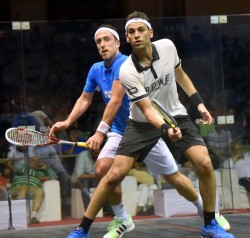 Elshorbagy booked his last four spot with a 3-0 win over Peter Barker to keep alive his hopes of bettering his runner-up finish here in 2014.

“Tomorrow is the battle of the number one and two so it will be a big battle for certain,” said Elshorbagy.

In the bottom half of the draw defending champion Ramy Ashour moved into the last four with an impressive win over England’s James Willstrop while Daryl Selby was the third Englishman to fall at the last eight hurdle, losing out 3-0 to World No.3 Gregory Gaultier. 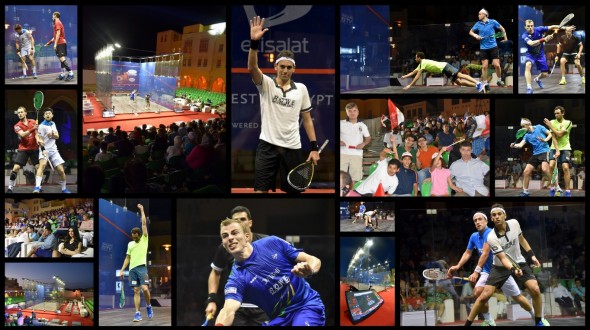