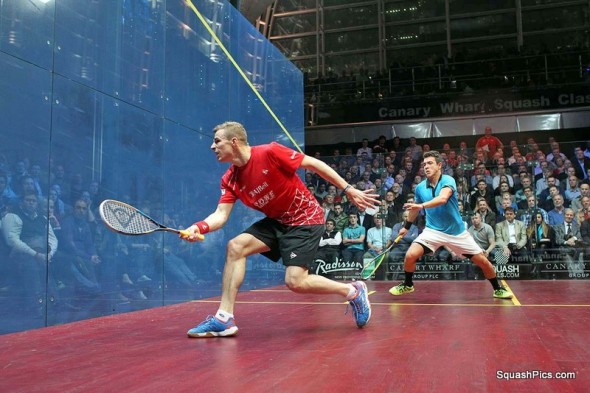 World Squash No.1 Nick Matthew will take on long-time national rival James Willstrop, the World No.5, in the final of the 2014 Canary Wharf Classic at London’s East Wintergarden.

The Yorkshire-based duo have maintained a bitter rivalry on-court for over a decade and will meet for the 32nd time on the PSA World Tour on Friday, with Sheffield’s Matthew aiming for his fourth Canary Wharf Title and Pontefract’s Willstrop gunning for his fifth crown. 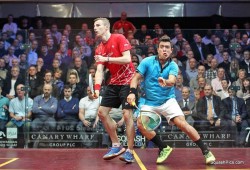 The pair last met in the British National Final in February when Matthew took the title 5-11, 12-10. 11-4, 11-8 in what he described as one of his best ever wins over Willstrop and he’ll be hoping for a repeat performance in the capital.

“I’ve had a good record here for the last few years but I lost to Peter Barker in the semi-finals last year,” said Matthew, who earned his place in the final with a 3-0 win over Colombian Miguel Angel Rodriguez.

“Playing James tomorrow will be tough. He’s incredibly strong in this event as well so the final tomorrow is going to be a hell of a match.

“But I feel really good after today’s match. I tried to start really strong and it went in my favour.

“I said to my coach this morning that I felt that there was a good performance coming soon and I felt like I was building some momentum this week and that came through tonight.” 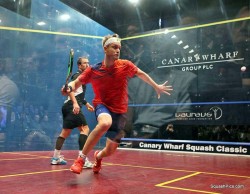 Willstrop booked his spot in the final by beating London-local Peter Barker 3-0 in the second semi-final to set up a repeat of the 2012 final, when Matthew took the title.

“To win 3-0 against Peter is a very difficult thing to do so I’m thrilled with that and I’m really enjoying the event and it’s great to be in a final,” said Willstrop.

“Nick and I are both relatively fresh going into the final as well so if we both show up then I think we’ll put on a good show. There’s no imbalance so it’s a good position to be in for both of us.

“I love this event and it’s a pleasure to play here. I feel in a good frame of mind and it’s a big title and a big occasion so it means a lot just to be in the final.” 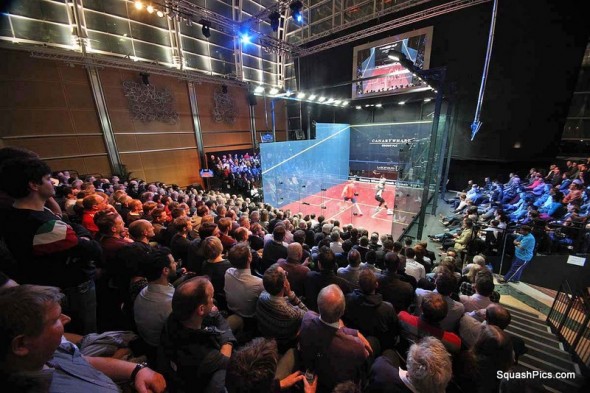