The new PSA World Rankings reveal that, for the first time ever, Egyptians hold the top three places in both the Men’s and Women’s lists …

Bristol-based Egyptian Marwan ElShorbagy has today overtaken France’s Gregory Gaultier to reach a career-high World No.3 ranking and complete the first all-Egyptian presence amongst the world’s top three positions on the men’s tour since April 2009. 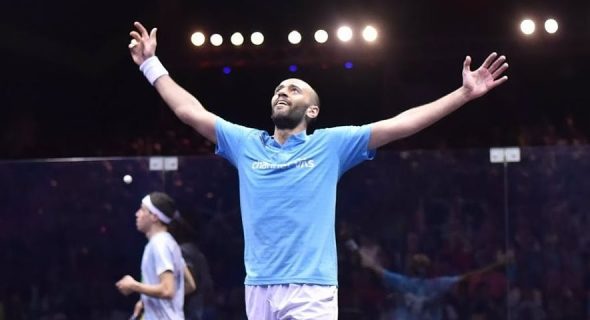 The 24-year-old defeated World No.2 Ali Farag last week to lift his maiden World Series title at the El Gouna International to join Farag and older brother Mohamed – the current World No.1 – inside the world’s top three as they become the first brothers to reside in the top three at the same time since Brett and Rodney Martin in May 1994.

Gaultier’s drop down to No.4 marks his lowest ranking since April 2013 and he sits a place ahead of Tarek Momen, who retains his place inside the top five.

Ahead of what could be his final month in professional squash, England’s Nick Matthew – the 37-year-old veteran who will retire at the end of this season – moves up to No.11, while Peru’s Diego Elias and Saurav Ghosal of India take the next two spots inside the top 15.

Colombia’s Miguel Angel Rodriguez moves up two places to No.14 – his highest ranking in 14 months – with Commonwealth Games gold medalist James Willstrop dropping a place to No.15.

Australia’s Ryan Cuskelly falls to No.16, while Egypt’s Omar Mosaad moves up four places to No.17, which is his highest ranking since March 2015.

Switzerland’s Nicolas Mueller and England’s Daryl Selby sit at No.18 and No.19, respectively, while Hong Kong’s Max Lee ends a nine-month hiatus from the top 20 to take the final spot inside it. 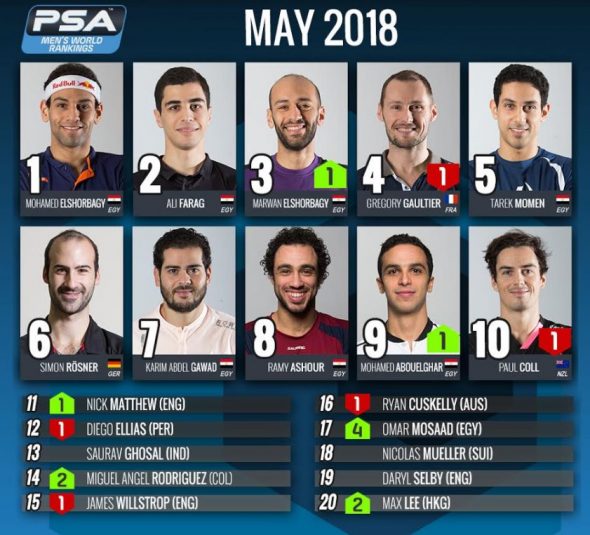 Raneem El Welily’s title win at the inaugural women’s El Gouna International last week has cut the gap between her and current World No.1 Nour El Sherbini to under 250 points after the PSA Women’s World Rankings for May were released today. 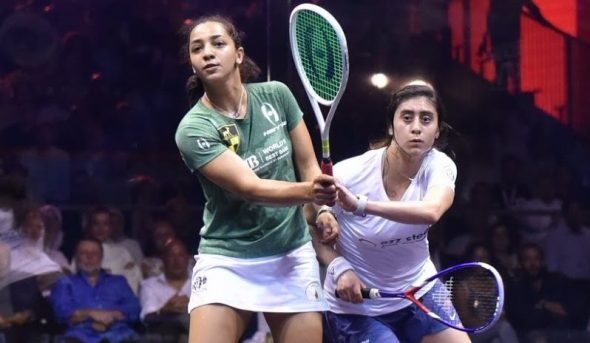 An imperious display inside the all-glass showcourt held on El Gouna’s marina saw El Welily defeat El Sherbini 3-1 in the title decider with the points gap between the two now at its lowest since January of this year.

El Sherbini, El Welily and their compatriot Nour El Tayeb make up an all-Egyptian women’s top three which, after Marwan ElShorbagy joined older brother Mohamed and U.S. Open champion Ali Farag in the top three of the men’s World Rankings, means that the top ranking spots in both the men’s and women’s rankings are taken up by an Egyptian trio for the first time in history.

New Zealand’s Joelle King is the only non-Egyptian in the top five as she stays at No.4, a place ahead of Nouran Gohar, who remains at No.5.

The rest of the top 10 is unchanged as Camille Serme (No.6), Laura Massaro (No.7), Sarah-Jane Perry (No.8), Nicol David (No.9) and Alison Waters take up the final spots inside.

Egypt’s Salma Hany is one of the few movers in the top 20 as she moves up to a career-high No.16 ranking, switching places with Australia’s Donna Urquhart, while India’s Dipika Pallikal Karthik stays at No.18.

Hong Kong’s Joey Chan moves up three places to No.19, while 17-year-old Egyptian Hania El Hammamy – who in March 2015 became the first player born in the 21st century to win a PSA World Tour title – rises into the top 20 for the first time in her career. 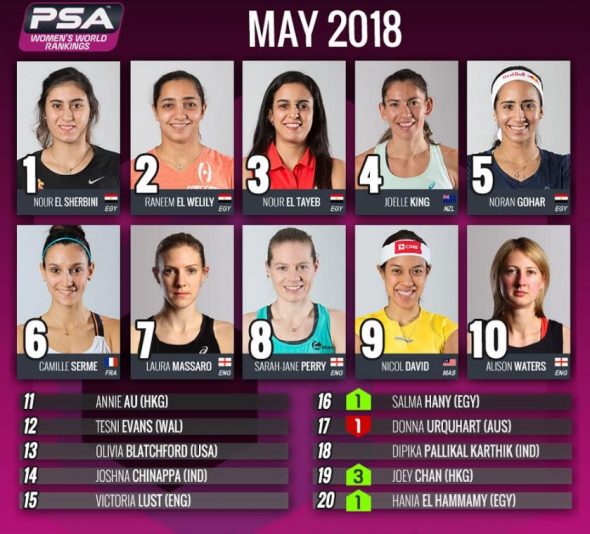 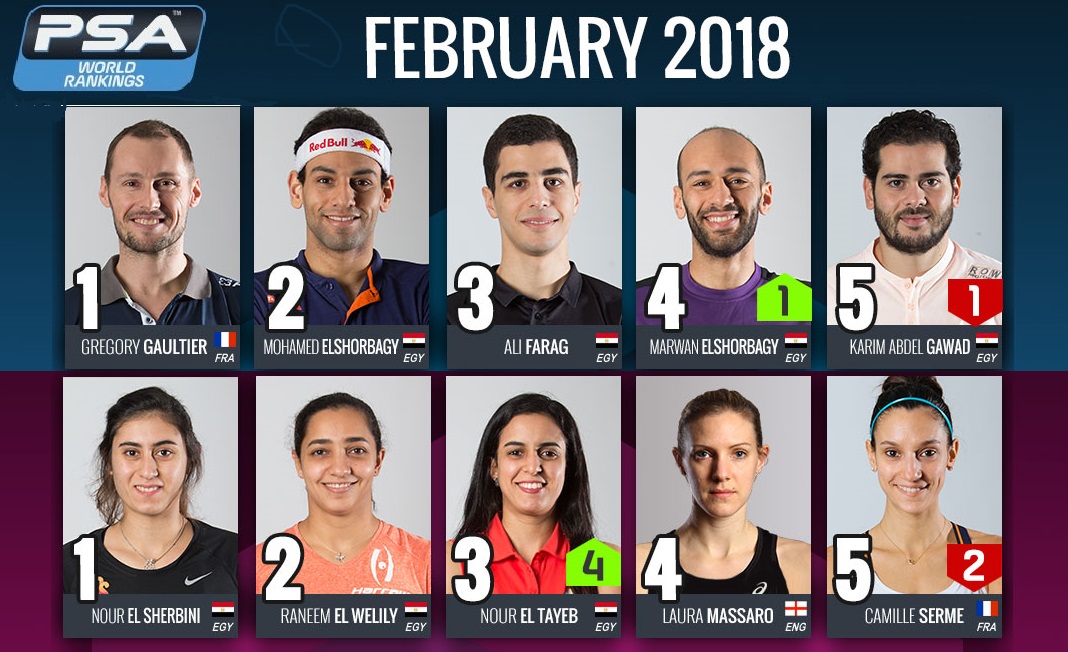