Mexico and Colombia have taken golds in the doubles events at the Junior Pan American Games, Cali-Valle.

Both countries dominated the doubles events throughout, with the two contesting all three finals.

There was some revenge to be had for Colombia in the men’s doubles, as Juan Torres and Matais Knudsen defeated Juan Salazar and Leonardo Vargas.

The Games, held every four years for athletes between the ages of 17-22, feature 315 events across 28 sports, including squash singles, doubles and team events. This year’s event is being held in the west Colombian city of Cali, with squash being played in Club Campestre de Cali. Earlier this week, the USA’s Marina Stefanoni and Mexico’s Leonel Cardenas claimed the women’s and men’s singles titles, while the teams finals conclude on December 01.

Both Mexico and Colombia went into the women’s doubles gold medal match with reason to be confident. Mexico came through tough ties against Canada and Ecuador to reach the final, while hosts Colombia had downed the Cayman Islands and came from behind to beat Guatemala, who had earlier shocked the much-fancied U.S. team.

The opening game of the final was one of razor-thin margins, with Mexico pushing their noses in front with a hard-fought 11-10 win.

Colombia struck back well in the second to level the match with an 11-8 win, only for Mexico to regroup to claim the decisive third game 11-7.

In the men’s final, Knudsen recovered from his singles final disappointment to put in a great performance alongside Torres to claim a deserved gold, to the delight of the home crowd. In an entertaining first game, Colombia had one hand on the trophy with an 11-6 win. Mexico fought back well in the second, but were unable to prevent Colombia from securing gold, with the hosts wrapping the match up with an 11-9 win.

In the mixed final, Colombia had a golden opportunity to secure another medal when they took the first game with a dominant 11-3 win. Mexico, though, came back furiously and stunned Colombia with 11-7 and 11-8 wins to seal a memorable win.

Learn more about the Pan American Junior Games on the official Games website. 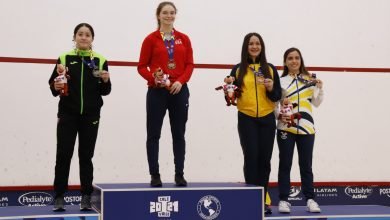 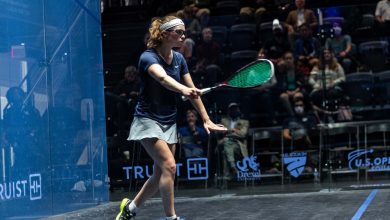 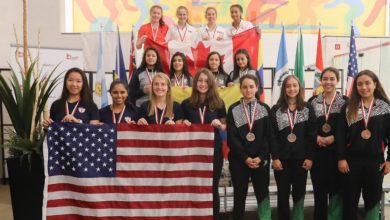