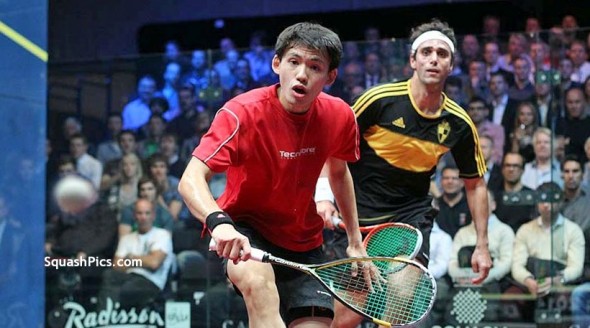 Max Lee, the World Ranked No.33 from Hong Kong, pulled off an astonishing upset in the first round of the 2014 Canary Wharf Classic, recording an emphatic 3-0 victory over No.4 seed and former World No.1 Karim Darwish.

The 26-year-old, who earned his berth in the first round after progressing through qualification, delighted the packed house at London’s spectacular East Wintergarden as his attacking approach saw him complete a dramatic and tense 11-8, 13-11, 19-17 win. 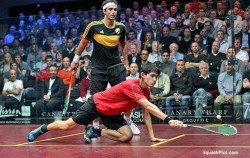 Lee, who reached a career-high World No.30 ranking in 2012, produced some of his best squash in recent years to open up a one game lead in just eight minutes and he then showed his steel to see out two tie-breaks and earn the victory.

“I had nothing to lose so I had no fear to play him,” said Lee. “I have played him since I was 22 and he has beat me quite a few times.

“He is one of the best players in the world but I have learnt from every match against him and I’ve watched his recent matches to find some areas where I could attack.

“I just tried to get to the ball early and try and be positive. It can be a fear to attack against the top players but it’s an awesome feeling to win and I’m very happy.” 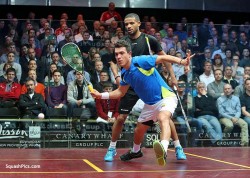 Having previously failed to reach the main draw at any PSA World Tour event in 2014, Lee will now take on World No.14 Miguel Angel Rodriguez in his first quarter-final since the 2013 Alwatan and Asnan International after the Columbian beat London’s Adrian Grant in a thrilling five-game encounter.

“Miguel and I train together so we know each other very well,” he said.

“We are similar players and I think we have some of the same strong points so I have to get focused and prepared but I’m ready for it.” 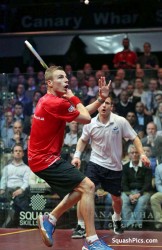 “Alan seemed to have his best patches at the end of each game so it was lucky that I got a good start in each game to help see me through,” said Matthew.

“He plays at a fast pace and is very tenacious so I’m happy to get that win.”

In the day’s final match-up, Egypt’s World No.11 Omar Mossad beat compatriot Karim Abdel Gawad 3-1 in a match marred by 70 decisions required of the referees in its 71-minutes duration, to book his place against Matthew in the quarter-finals. 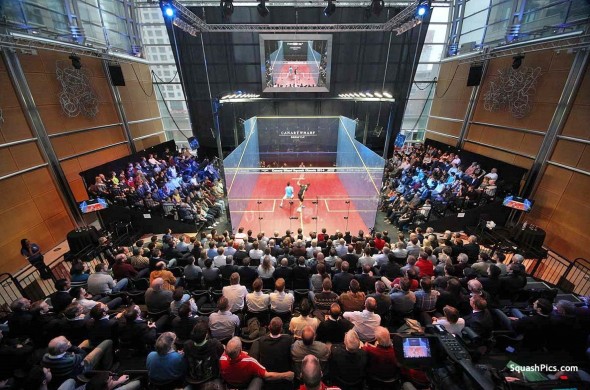