Malaysia’s world number one Nicol David and world No2 Frenchman Gregory Gaultier head world-class draws in the Squash championships in the 2013 World Games in Cali, Colombia.

Some 4500 athletes and officials from more than 100 countries will be competing in the 9th World Gamesfrom 25 July to 4 August (the squash event taking place from 2-4 August).  The multi-sport event is being held on the South American continent for the first time in its 32-year history.

The Squash event will boast players from 19 countries, with Kuwait, Jamaica, Peru, Pakistan, Brazil, Guyana and hosts Colombia being represented for the first time. 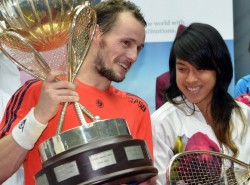 David, the defending women’s World Games champion, is aiming for a record third successive gold medal.  The 29-year-old from Penang, who has topped the world rankings since August 2006, is expected to face second seed Low Wee Wern in an all-Malaysian final.

In supporting the sport’s latest appearance in the event, Commonwealth Games Federation President and IOC Member HRH Tunku Imran highlights the fact that Squash is “truly a ‘world game’.”

“For me, squash is superbly placed to fill the brief of the title of the event as it is truly a ‘world game’, with men’s and women’s world champions from all five continents,” said HRH Tunku Imran, who is also Patron of the World Squash Federation.

“In addition to Commonwealth participation players are coming from as far afield as Japan, a spread of European nations and of course from across Pan America, which is very gratifying.

“The action on the all-glass showcourt in Cali will definitely be athletic, intense and exciting to watch, demonstrating squash as a true world class sport,” Imran added.

Dutch champion Natalie Grinham will be aiming to go one better than she did in the 2009 Games in Chinese Taipei, where she finished as runner-up to David.  The former Australian – a record three-time gold medallist in the 2006 Commonwealth Games – is the event’s third seed.

Former world number one Gaultier is making his debut in the event.  The 30-year-old from Aix-en-Provence, seeded to become the first French winner of the men’s title, is expected to face English rivalPeter Barker in the final. 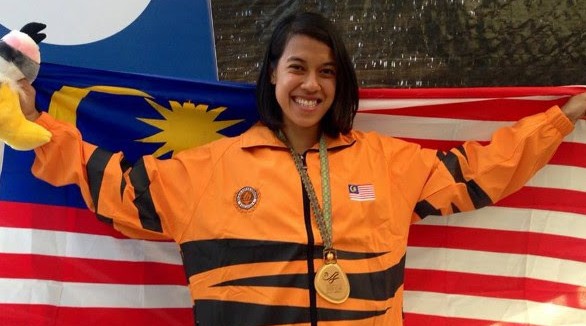