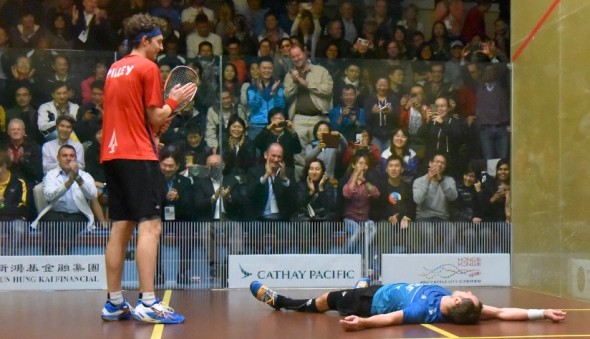 Australian Cameron Pilley recorded one of the biggest wins of his career as he dumped reigning World Champion and World No.1 Gregory Gaultier out of the 2015 Cathay Pacific Sun Hung Kai Financial Hong Kong Open in straight games at the quarter-final stage to reach the last four of a PSA World Series tournament for the first time in his career.

The hard-hitting 33-year-old followed up his impressive five-game second round win over World No.7 Simon Rösner with an accomplished display against Gaultier, commanding the court as he played with precision and power to record just his second ever win over the Frenchman and set up a last four battle with England’s Nick Matthew. 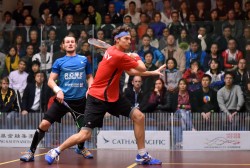 “It’s strange because this whole tournament I haven’t really been thinking about getting anywhere,” said Pilley.

“I literally took it one match at a time, I didn’t even look at the draw to see who I’d play after I won my match yesterday and it’s working, because this is the first time I’ve ever made a World Series semi-final – after 14 years of trying! 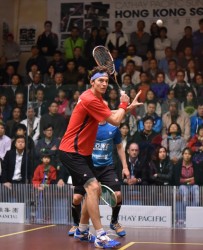 “It was a tough match but I feel like I played exceptionally well. It didn’t even enter my head that he might be tired – you can’t think of those things and I’m experienced enough to know that if you give someone as good as him an opportunity he will take it. But mentally I think i wanted it more today and I’m really looking forward to playing in the semis tomorrow.

“I’m trying to stay calm and collected on court – after the tournament I’m sure I’ll look back on this as a good achievement but for now I’m just going to practice tomorrow, play tomorrow night, and see where it goes and hopefully I can play well again.” 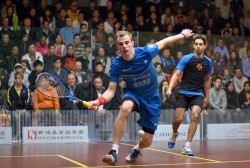 Matthew booked his berth courtesy of a polished victory over Tarek Momen, the man who beat him in the quarter-finals of last week’s World Championship, while World Championship runner-up Omar Mossad booked an unlikely semi-final spot after saving six match balls in a thrilling 102-minute battle with Miguel Angel Rodriguez. 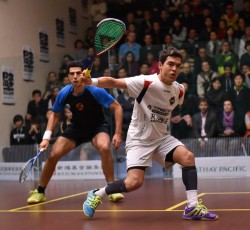 Mossad looked to be heading for an early exit as he lost the opening two games 3-11 but showed impressive strength of character to come back and win in dramatic style.

“That was very, very tough but I’m delighted to win in the end and reach the semi-finals here in Hong Kong for the first time ever,” said Mosaad, who faces Mohamed Elshorbagy for a place in the final.

“He played so well in the first two games and I was feeling it – I had a tough match yesterday and a hard week last week at the World Championship so I just told myself to take it point by point in the third and see what happens. 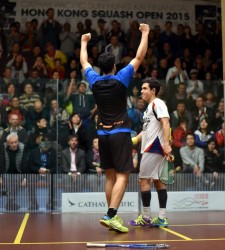 “it started to change and I stuck with that approach in the fourth. I was so tired after that game but I kept telling myself this could be my last match of the year and just push and push. At 10-5 I thought it was the end but I somehow got some points in a row.”

In the women’s draw the last four sees World No.1 Raneem El Welily take on World No.2 Laura Massaro in a match of huge significance for both players, with the victor all but guaranteed to top the world rankings come January 1st.

Massaro has been the in-form player so far this season, winning back-to-back World Series titles at the U.S. Open and Qatar Classic, but El Welily booked her semi-final spot with a ruthless win over Amanda Sobhy, taking just 22-minutes to dispatch the American in a performance that hinted at a return to form for the 26-year-old who has failed to reach the last four of a PSA World Series tournament so far in the 2015/16 season. 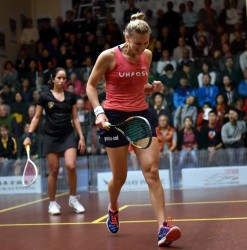 “I’m hoping for a good match tomorrow and I know it will be tough because she’s the No.1,” said Massaro.

“We haven’t played since June and I’ve been on a good run lately and she’s maybe not been at her best so I’m excited. Personally the pressure is off. Obviously I want to win but I want to play pressure free because I’ve come into this event with two great wins in Qatar and US Open.

“I have been closing the gap (on No.1 spot) over the season and I fee like I’m on a mission right now. I’m on a roll and my game is heading the way I want to but to be No.1 you have to beat the No.1 so if it doesn’t happen tomorrow then I feel like it will come soon. I maybe haven’t been able to say that at any point before so that’s a nice position to be in.” 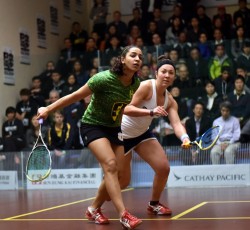 El Welily said: “I haven’t been playing my best lately so I’ve been trying to work hard on my game at home and I’m happy that I’ve been playing better so far this week. Tomorrow will be a tough test, especially as it will be on a different court, but I definitely want to win this title so I’m looking forward to the challenge.” 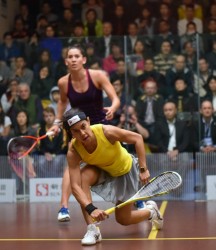 The bottom half of the draw will see defending champion Nicol David face Omneya Abdel Kawy, where the Malaysian will be aiming to take another step towards an unprecedented 10th consecutive Hong Kong Open crown.

“I felt good on court today and I’m looking forward to playing in the semi-final tomorrow,” said David. “I’m not thinking of my record here, I’m just focusing on what I need to do on court and I’ll be giving it my all to reach the final.” 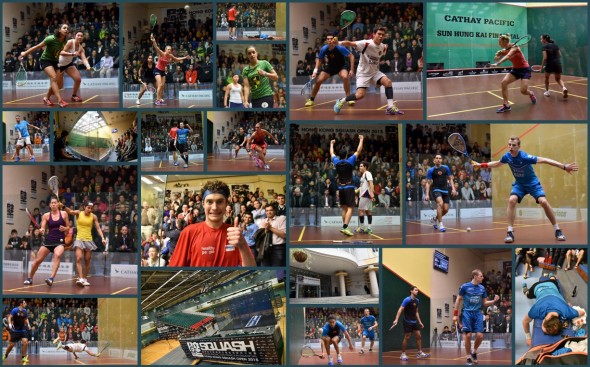 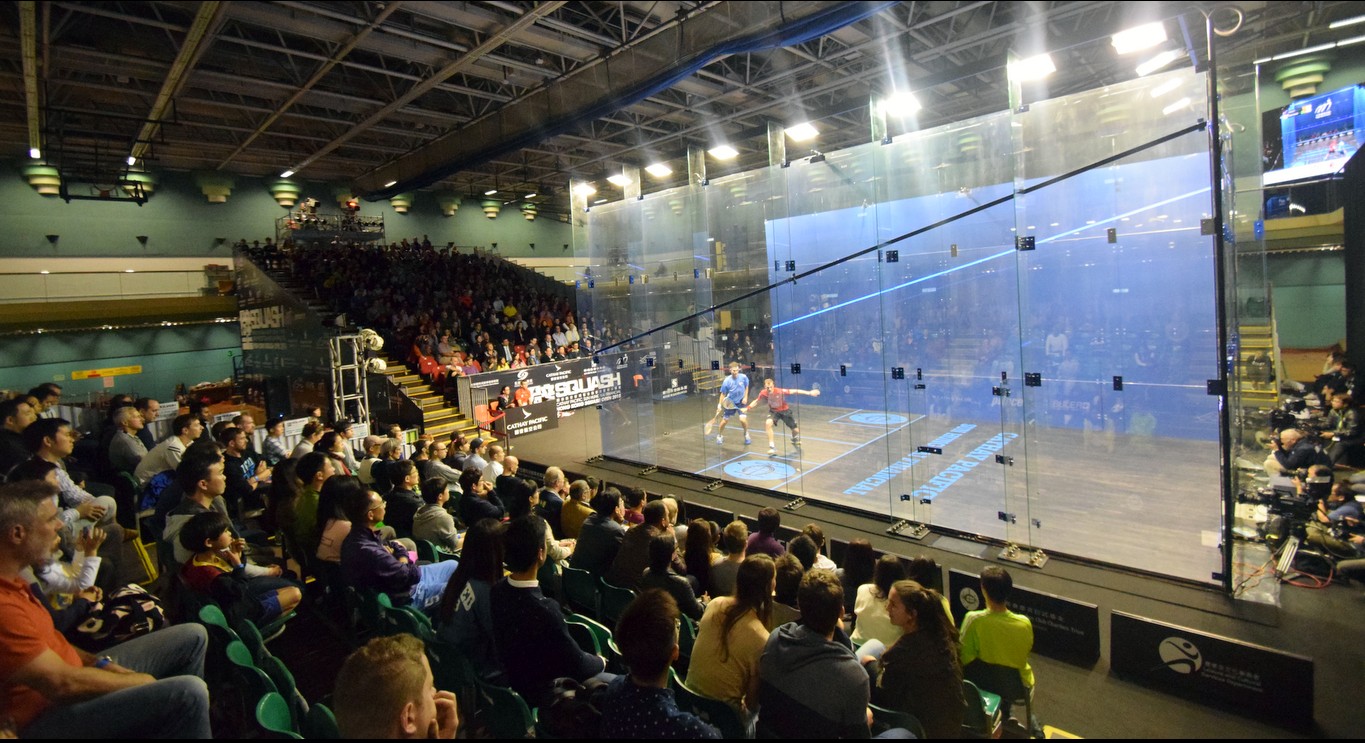 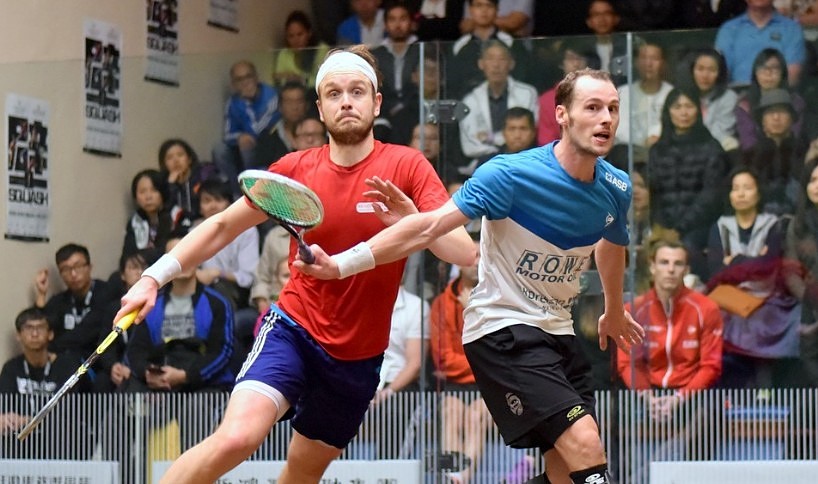