Pakistan’s Azam Khan, regarded by many as the most gifted squash player of all-time, has died from Coronavirus, aged 95.

Based for many years in London, where he owned the New Grampians Squash Club, Azam was the younger brother of Hashim Khan, winner of six British Open titles.  Azam finished as runner-up in three of those finals before going on to win the prestigious title himself four years in a row, between 1959 and 1962.

“The WSF is saddened by the passing of Azam Khan, one of the greatest squash players of all time,” said World Squash Federation President Jacques Fontaine.  “All our thoughts and prayers are with his family and friends during this difficult time.” 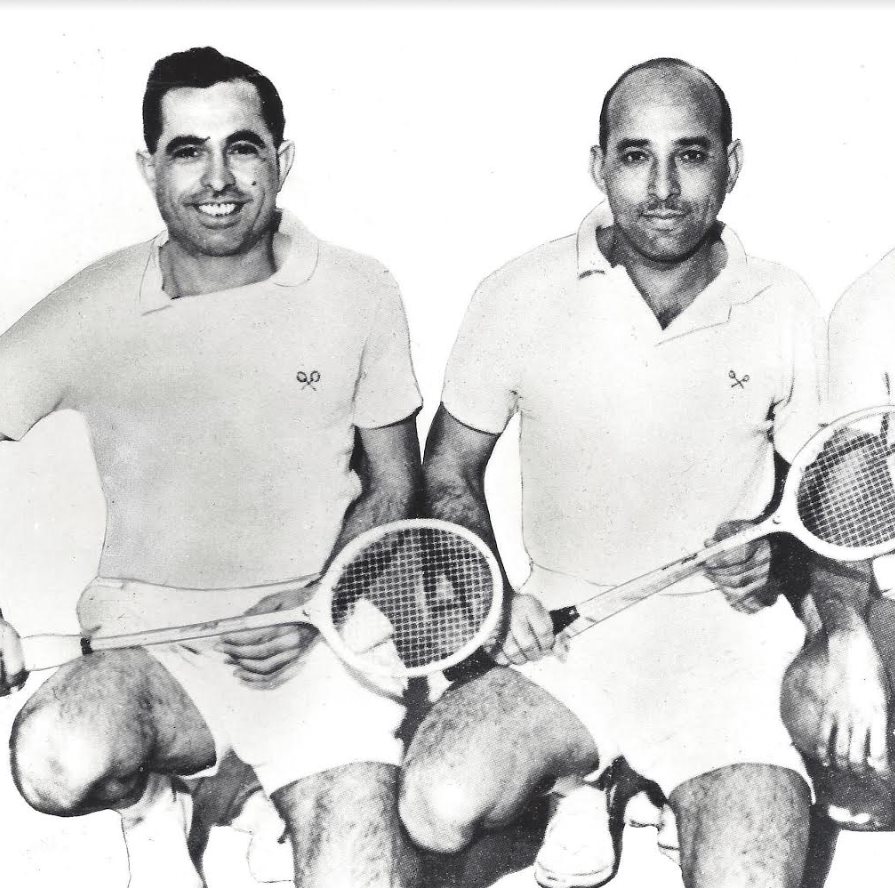 Azam and Hisham (pictured above), father figures of the remarkable Khan dynasty in squash, were cousins of two other leading Pakistani players of the period, Roshan Khan and Nasrullah Khan. Roshan’s son Jahangir Khan dominated the sport in the 80s and early 90s, winning a record 10 British Open titles. 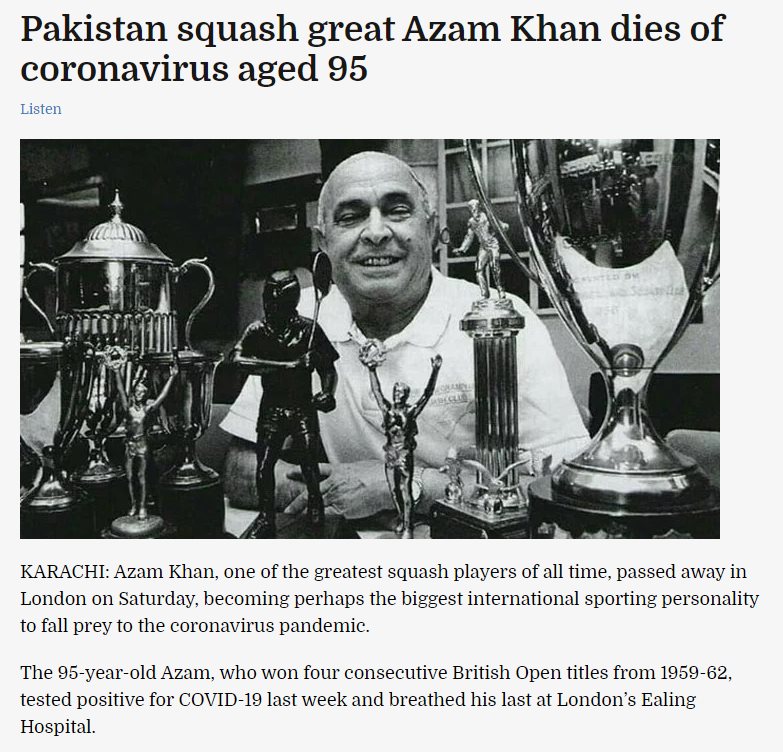