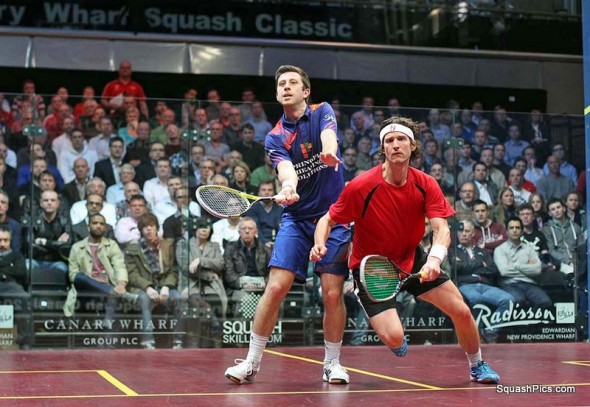 Selby, the World ranked No.10, was stunned by World No.47 Kemp who raced into a quick one game lead and then showed his nerve to see out a tense tie-break in the second game and put the Essex-man under severe pressure. 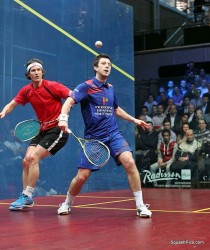 But Selby showed his tenacity and determination to fight back and earn the victory in a 77-minute contest in front of a packed house at London’s East Wintergarden.

“It was an extremely tough match,” said Selby. “Jonathan is extremely relaxed when he’s playing now and that makes him a very dangerous opponent.

“I had to dig in and scrap it out a bit but I think it was a good match. I had to be attacking when I had my chances but I’m just happy to get the win.

“Going into the third game I relaxed a bit mentally as I though I’d probably lost. Against someone like him you expect he’ll take one out of three games but I got a good start in the last three games and just keep him at bay.

“Playing here is fantastic,” he added. “The crowd are very fair, they give you stick when you deserve it and they applaud when you hit good shots.

“They love their squash here and are very knowledgeable and it’s always great to see the seats full because as a player it’s a great feeling to see a packed house.” 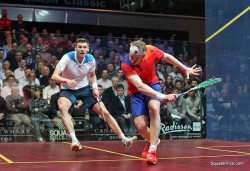 World No.5 James Willstrop kept his hopes of collecting a fifth Canary Wharf Classic title alive by seeing off Adrian Waller 3-0 in their first round match-up.

“Adrian and I had a tough 3-0 match at the British Nationals so I was ready for him and very focused today,”said Willstrop.

“I was able to snuff his threats well and quickly and I was quite happy with that and retrospectively it’s great to get off quickly so you have energy in the tank for hopefully three more days.” 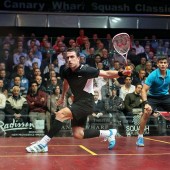 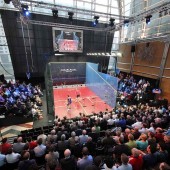 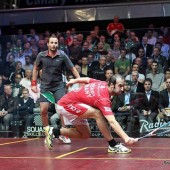