World Squash Federation President N Ramachandran, who attended the Sochi Winter Olympic Games as the newly-elected President of the Indian Olympic Association, is encouraged by the IOC vision to introduce new sports to the Summer Games programme “sooner rather than later”. 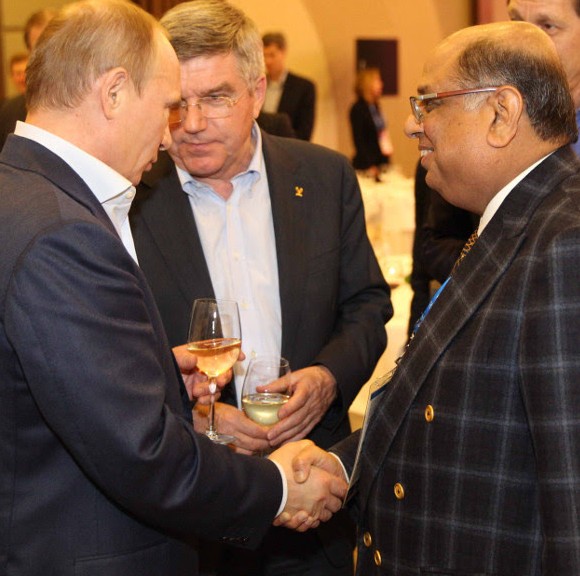 Ramachandran, who led the Squash bid to be added the 2020 Olympic Games programme in Buenos Aires last September, was elected President of the Indian Olympic Association earlier this month.

Subsequent to the election, the ban imposed on the IOA was lifted during the Sochi Games – and, at the Invitation of the International Olympic Committee, Ramachandran travelled to Sochi to raise the Indian tricolor at the Athletes’ village in the presence of Patrick Hickey, President European Olympic Committees and Executive Board member of the IOC.

Vladimir Putin hosted a dinner for all the Heads of the National Olympic Committees, at which IOC President Dr. Thomas Bach introduced Ramachandran to the Russian President.

“Naturally, I was able to use my opportunities in Sochi to continue my quest to secure a place for Squash on the Olympic Programme, and it is clear that the IOC do have a vision that enables new sports to be admitted sooner rather than later,” said Ramachandran.

“Knowing this, I will definitely not let up in my efforts.”