Squash players from all continents journeyed to Argentina to compete in the 20th World Transplant Games in Mar Del Plata.

Great Britain’s Michael Gibbons was also a double gold medallist – reigning supreme in both the Men’s Over-60 and Over-70 categories.

New Zealand’s Laurence Smith won gold in the Men’s Over-50 event while a second gold medal went to South Africa when Johannes Jacobus Kleingeld secured the Men’s Over-40 title. (Pictured below is the full South African Games squad) 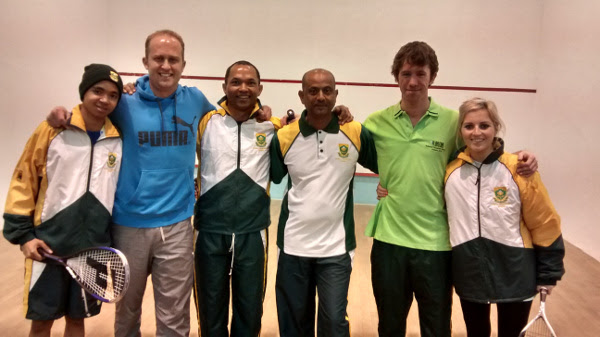