While Egypt and USA may have captured most of the plaudits at the recent WSF Women’s World Team Championship, they were far from the only teams to have impressed.

South Africa, who went into the tournament with only one full-time professional and were predicted to finish 12th, beat that prediction by three places.

After beginning their campaign with a 3-0 defeat to No.3 seeds England and a narrow 2-1 loss to Hong Kong, China, South Africa won all four of their remaining matches, recording straight-match wins over Ukraine and Switzerland and 2-1 wins against nine-time champions Australia and Japan.

The achievements of the week led to South Africa being recognised as the Team of the Tournament at the prize ceremony at Madinaty Sporting Club.

Paul Atkinson, South Africa’s coach, reflected on the achievement: “I think for us, winning this particular award is very special. Typically, South Africans have always been pretty strong in the team events, both at the Men’s and the Women’s World Teams, because we come from a rich team tradition from the Jarvis and Kaplan Cup, which has been played in our country for the last 55 years.

“We’re used to playing in these team environments and we thrive on it. But at the same time, none of our players are full-time professionals except for Alex Fuller. So we were always going to be under pressure against the other sides when three of our players play part-time and two of them are mothers with two and four kids each.

“For us to come together as a team and really gel and play so well during the week together and then finish three positions higher than we were seeded, that’s something we’re very happy with. I think it came down to a real team effort with our reserve [Hayley Ward] playing two matches and winning them both, and her being the youngest in the team.

“I think, when you have people who do not play full-time and they put in a lot of sacrifices and give up a lot of things in order to train really hard to participate in a team event like this, and then the results show [the reward], I think it’s extremely satisfying and very proud for us as a small country.

“It means a fantastic amount to the girls and to the people back home who have helped fund us and get us to the World Team Championships!” 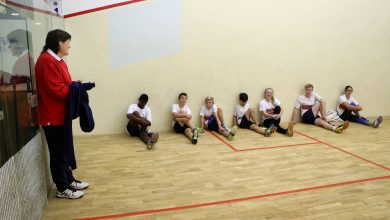 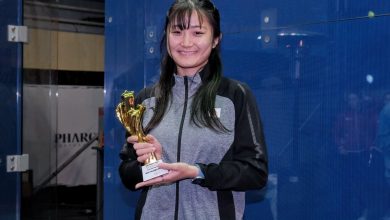 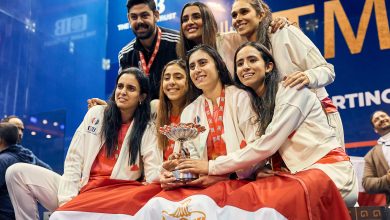