The World Squash Federation (WSF) and Professional Squash Association (PSA) have today launched an ambitious new campaign – “Squash Goes Gold” – aimed at giving the global squash community the opportunity to take an active part in the sport’s future, including the bid to become part of the Paris 2024 Olympic Gamesprogramme.

Alongside a series of other strategic initiatives launched over the past year, such as the youth-focused SquashFORWARD programme, Squash Goes Gold aims to shape the future of the sport and make it even more innovative, inclusive and sustainable. 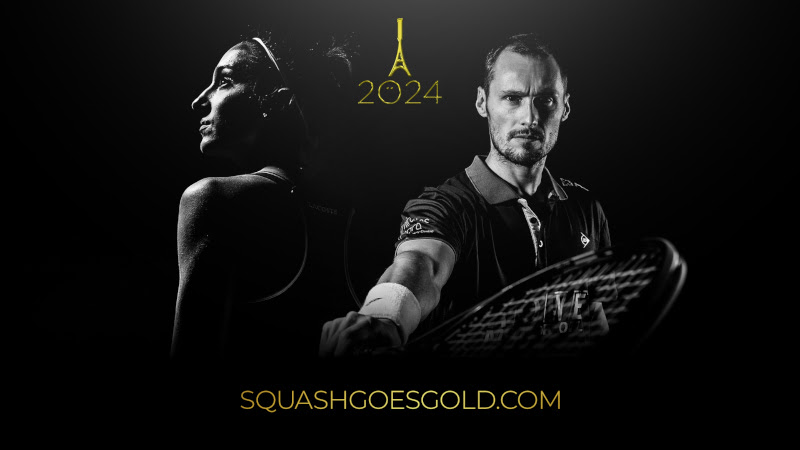 Launched ahead of the biggest tournament of the year, the 2018/19 PSA World Championships presented by the Walter Family – which will see squash played inside Chicago’s Union Station just weeks after the 2019 J.P. Morgan Tournament of Champions took place inside Grand Central Terminal in New York in one of world sport’s most unique venues – Squash Goes Gold www.squashgoesgold.com aims to build on the sport’s global growth during the past decade and will allow players and fans of the game in all corners of the world to come together in support of one common goal: seeing squash join the Olympic Games programme.

“Squash is played in some of the most spectacular locations in the world – in front of the Pyramids of Giza, on the harbour-front in Hong Kong, inside Grand Central Terminal in New York – and our ability to showcase the beauty, youth and innovative drive of Paris by setting up an all-glass court anywhere in the city is something few sports can do,”said WSF President Jacques Fontaine.

“Squash Goes Gold will allow the squash community to further unite behind our Olympic campaign and play their active part in helping our sport secure its place at the Olympic Games. As a sport, we pride ourselves on our inclusivity and work hard to provide opportunities for individuals to participate at all levels – playing, officiating, coaching, managing and volunteering. Including the Olympic dream, for those involved in the game at all stages, would be a wonderful addition.”

PSA CEO Alex Gough said: “The Olympic Games is the greatest sporting event in the world and there’s no question that a Gold Medal would be the pinnacle for any squash player.

“Squash is in the best position it has ever been and this campaign will allow the sport’s global player and fan base to get involved with the Paris 2024 bid directly and have their own influence on the future of the sport. A future we hope will see squash featured in Paris in four years’ time.”

France’s top ranked female player Camille Serme (featured in top image with French team-mate and former world No.1 Gregory Gaultier), winner of the World Games and major PSA titles such as the British Open, U.S. Open and Tournament of Champions, is playing a pro-active role within the bid campaign which is aimed to get squash a place on the Paris 2024 sports programme.

“We already see the squash community coming together in support of our bid and hope that this new campaign will help us collectively propel squash to where it deserves to be – on the biggest sporting stage in the world.” Discover how you can help squash’s campaign for the 2024 Olympic Games campaign by going to www.squashgoesgold.com 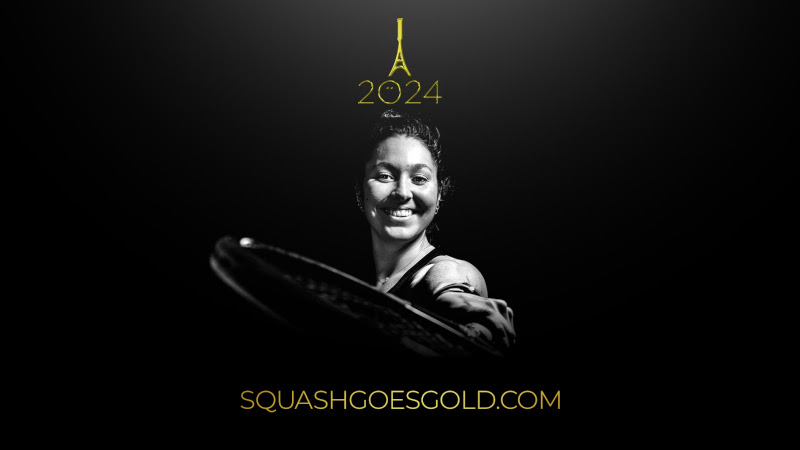